With the 2020 edition of its Master Control Collection, the ‘watchmaker’s watchmaker’ Jaeger-LeCoultre proves its fame 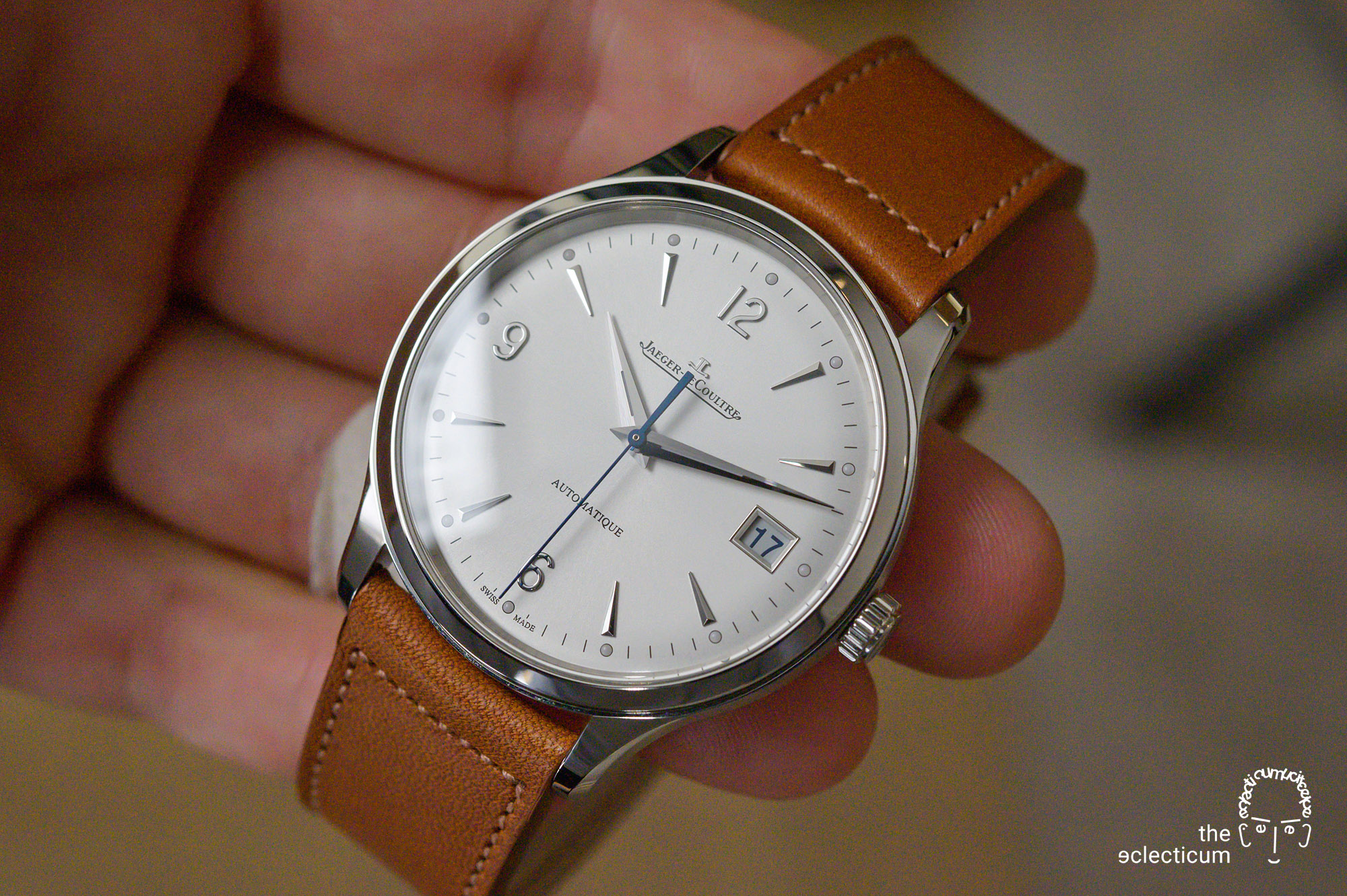 A classic which refuses to age: did you know that Jaeger-LeCoultre’s Master Control collection is almost 30 years old? Introduced in 1992, back then on initiative of a ‘dream team’, Günther Blümlein and Henry-John Belmont, it premiered the manufacture’s rigorous in-house testing protocol which examined a finished watch for a period of 1000h (almost three times the duration of a COSC test, and this under more challenging conditions).

The Master Control series has since then become a staple in JLC’s offerings and has over time been carefully upgraded – in terms of technology as well as aesthetics. The original base movement Cal. 889 has been upgraded with a freesprung balance and optimised winding system, now called Cal. 899, and case, dial and hands have seen subtle modifications over the years as well.

It is this consistency and constant development which fostered JLC’s appreciation as the ‘watchmaker’s watchmaker’.

Subtle, yet with great effect: the Master’s new clothes

Now, the manufacture made the Master Control fit for the future, once more, and I would think that this facelift has resulted in the best instance the collection has ever seen – here are a few of them:

(Representatives of Jaeger-LeCoultres Master Control line, 2020 edition (from left): Date, Calendar, Memovox) All of the above watches are 40mm in diameter, but have slightly different thicknesses: 8.78 mm, 10.95 mm and 12.39 mm, respectively.

To illustrate the subtle changes let’s compare it with the direct predecessor from 2012: 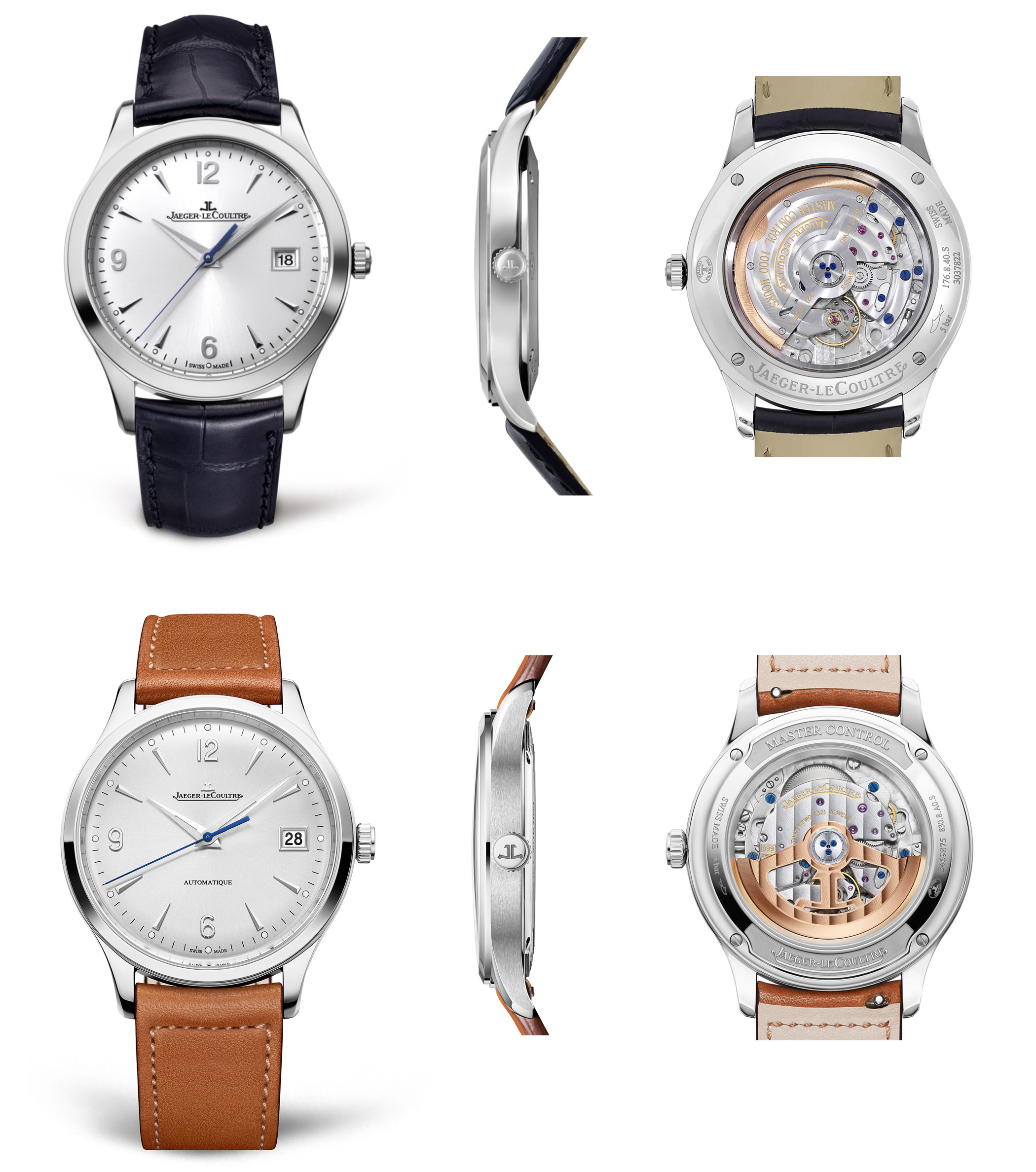 Overall, the modifications are – in the grand scheme of things – quite minor, yet their effect cannot be overlooked. Let’s give it a try: 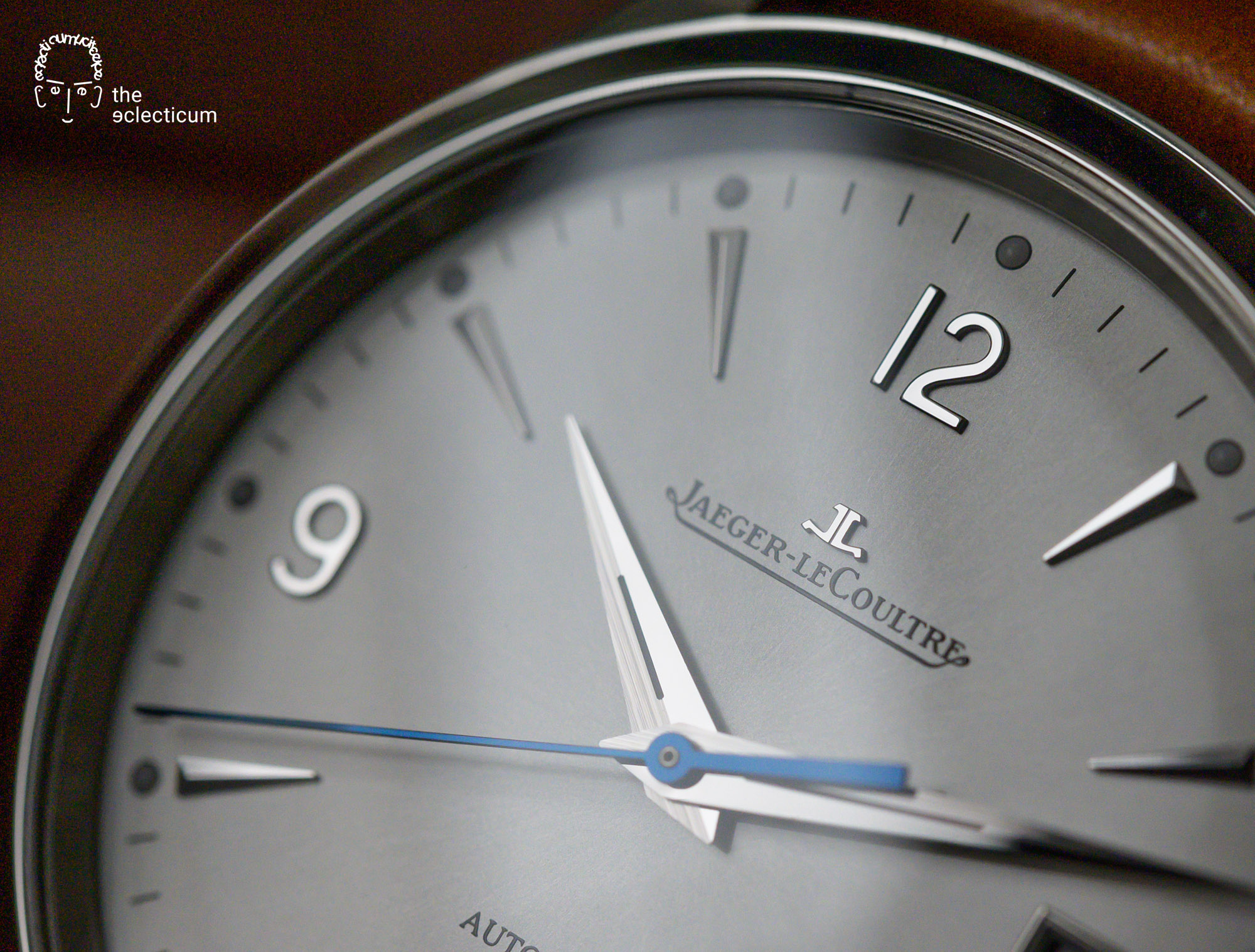 At first passing glance, the dial seems almost unchanged – a radial sunburst brushing, diamond cut baton indices with luminous dots, a heat-blued seconds hand, applied numerals at 12, (3), (6) or 9 o’clock, but it is not: The enlarged diameter combined with the wider dial opening thanks to the slimmer bezel called for more ‘life’ on the dial area itself. JLC addressed this with the addition of its applied and polished logo, and with the more detailed numerals.

But also note the finish of the hands:

This is the detail I loved most, particularly since I never really warmed to the previous set of hands that had one half simply mat treated – it looked like corners were cut here (I suppose chemical frosting), and probably that was not a wrong impression at all (hence I never understood why Vacheron Constantin used such hands as well…).

Now, JLC opted for a fine lateral brushing of the one half, and this gives an almost magical shimmer caused by optical refractive interference of adjacent brush lines, while it still retains the original readability under different light regimes.

The richer detailing continues on the case sides as well – laterally brushed now, the sides have more substance, and show a nice contrast to the polished crown and bezel sides. 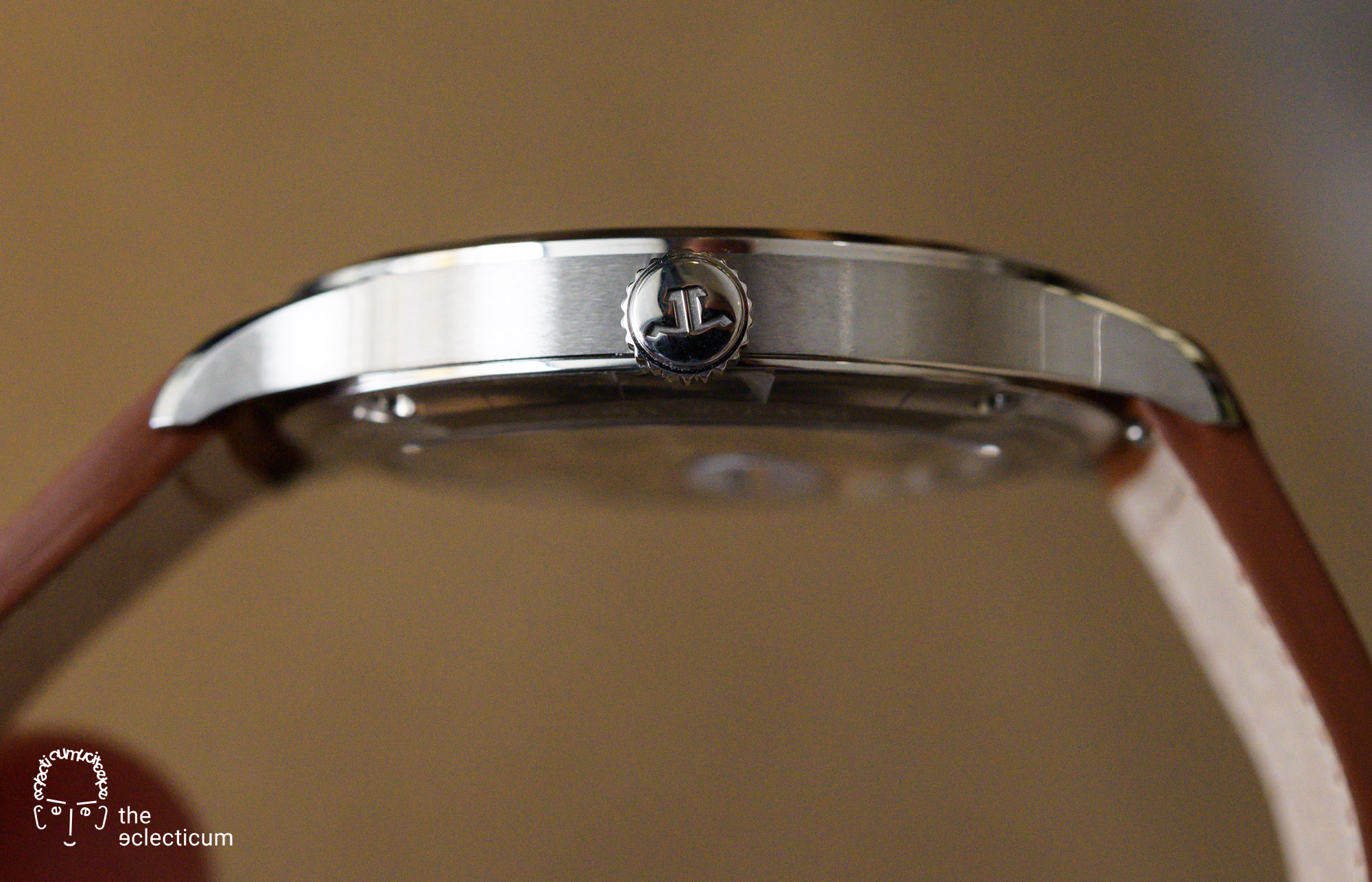 Likewise, the caseback has gained attraction: retaining the display back, the main inscriptions are now executed in an attractive relief engraving that lends a more valuable impression to the back. 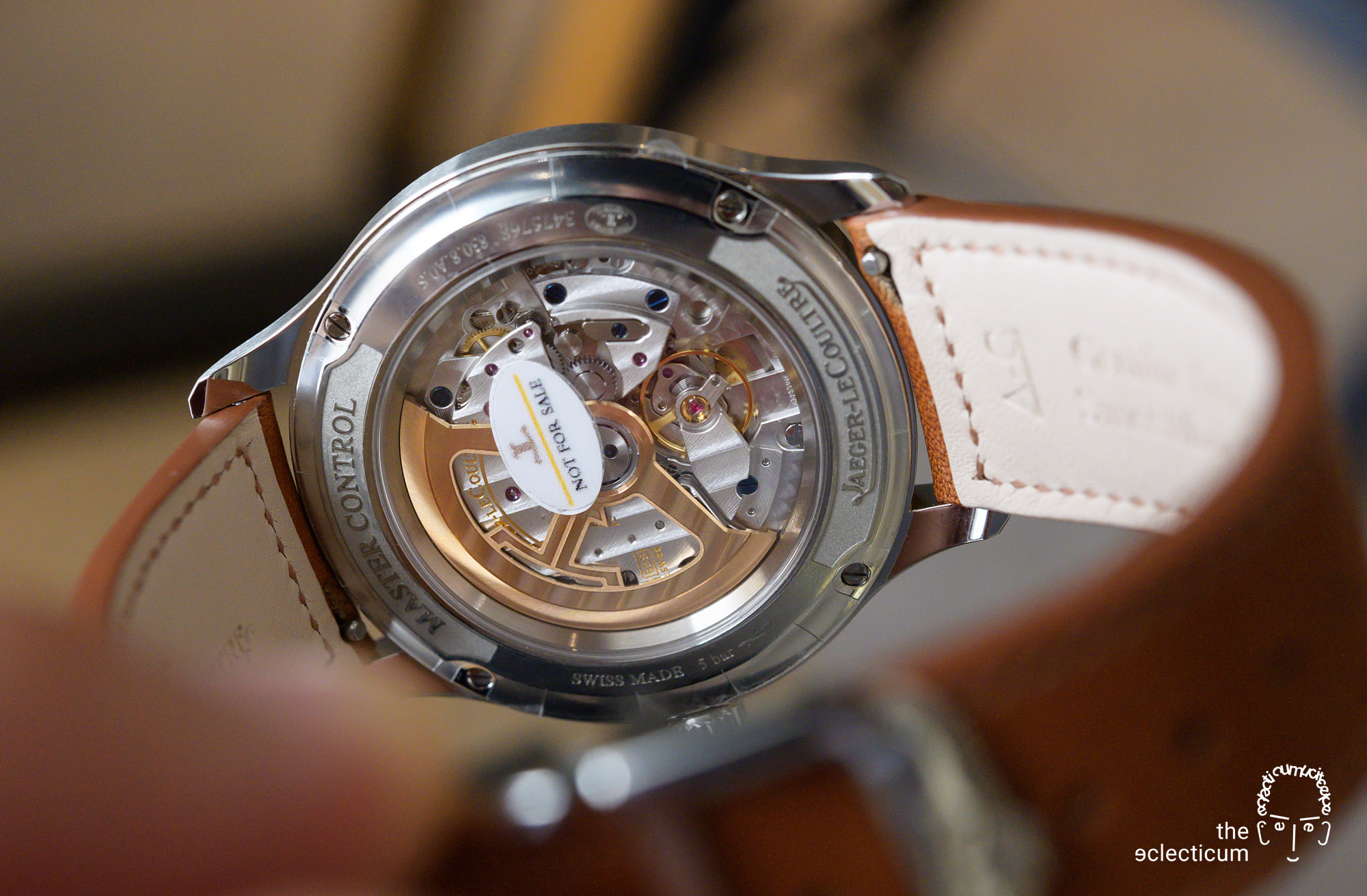 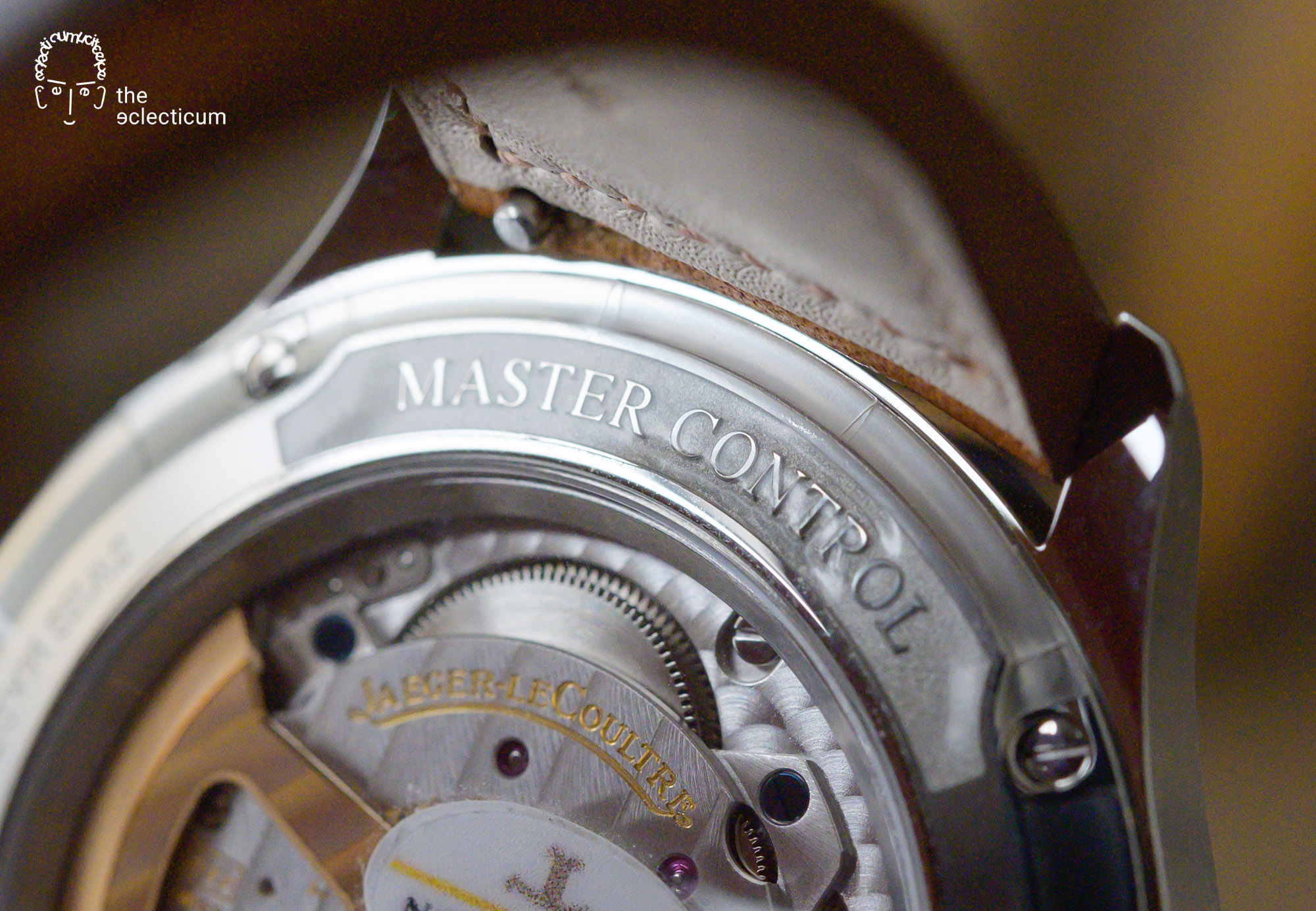 And there is a new engine as well – see below!

What always served instant recognition of the original Master Control was the cognac-coloured ostrich strap – for me as a student a token of considered luxury, I loved the textures and the variety of colour shades it offered (a lot more so than most exotic skins of the time). 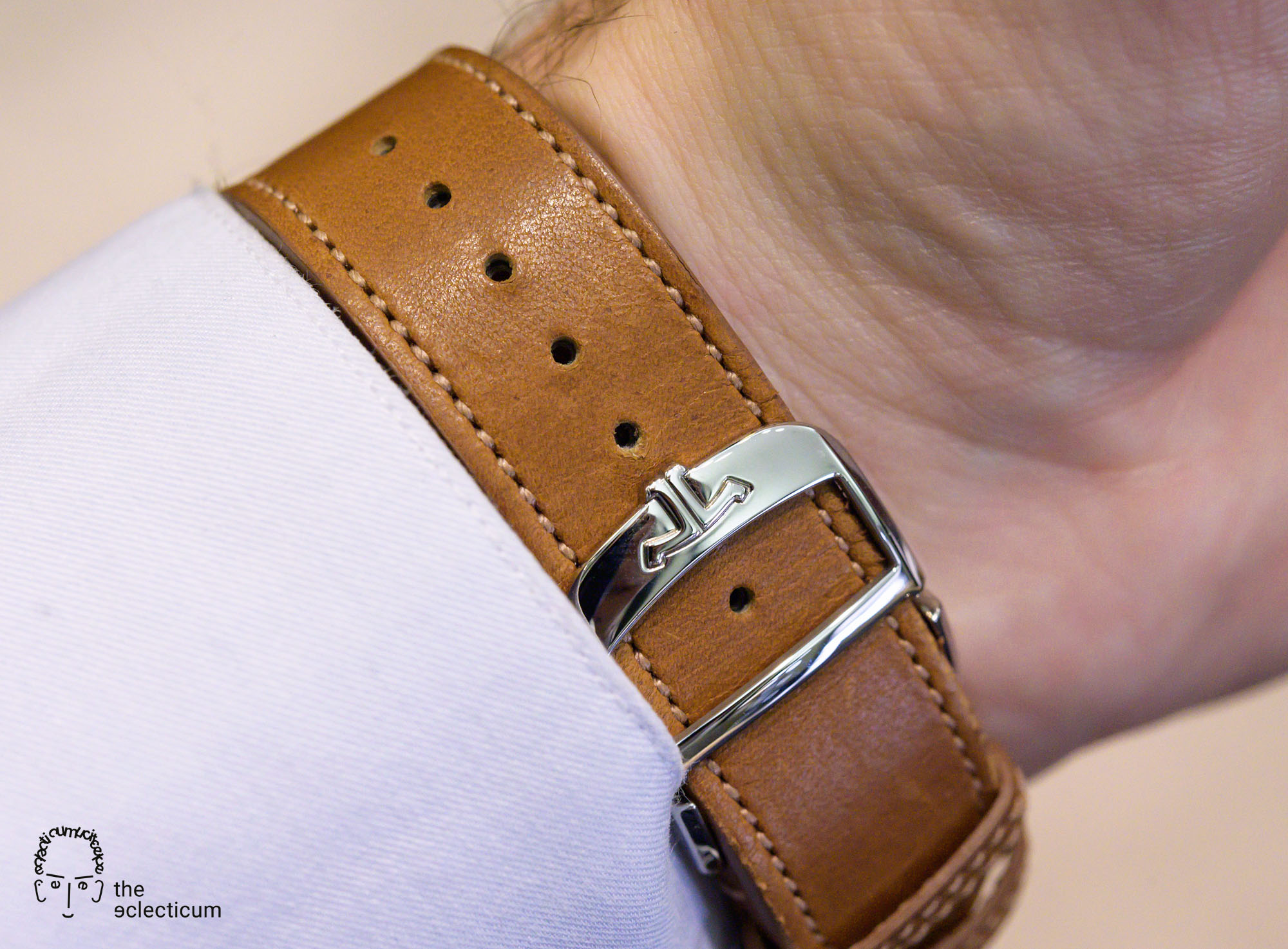 Ostrich seems to have fallen out of favour recently, but JLC must have had the original straps in mind when they chose the new ‘Novonappa’ calf leather straps from the French leather goods specialist Haas Tanneries – a close match to the original colour, and the manufacturer makes a point of the ‘vintage touch’, the ‘natural tones which reveals a patina’ – this of course I could not test, so literally only time will tell, and until then we have to be content with the manufacturer’s promise.

Also, the tripartite deployant clasp with the classic JLC logo is a thing of beauty (although I personally still prefer the simple tang buckles).

A classic calibre made fit for the future

Jaeger-LeCoultre gained much its fame as movement manufacturer, supplying a great number of reputable brands like IWC, Patek Philippe, Audemars Piguet or Vacheron Constantin. One such engine is the classic, and famous, Cal. 889, the manufacture’s basic flat automatic movement.

The movement dates back into the 1970s and is still a fixture for JLC today. In 2004 it was thoroughly revised with a laser-welded freesprung balance, a more efficient winding system and rotor set in a ceramic ball bearing. Also, the power reserve increased from 38 to 43 hours.

For 2020, JLC once more upgraded the Cal. 899, this time focusing on the escapement: 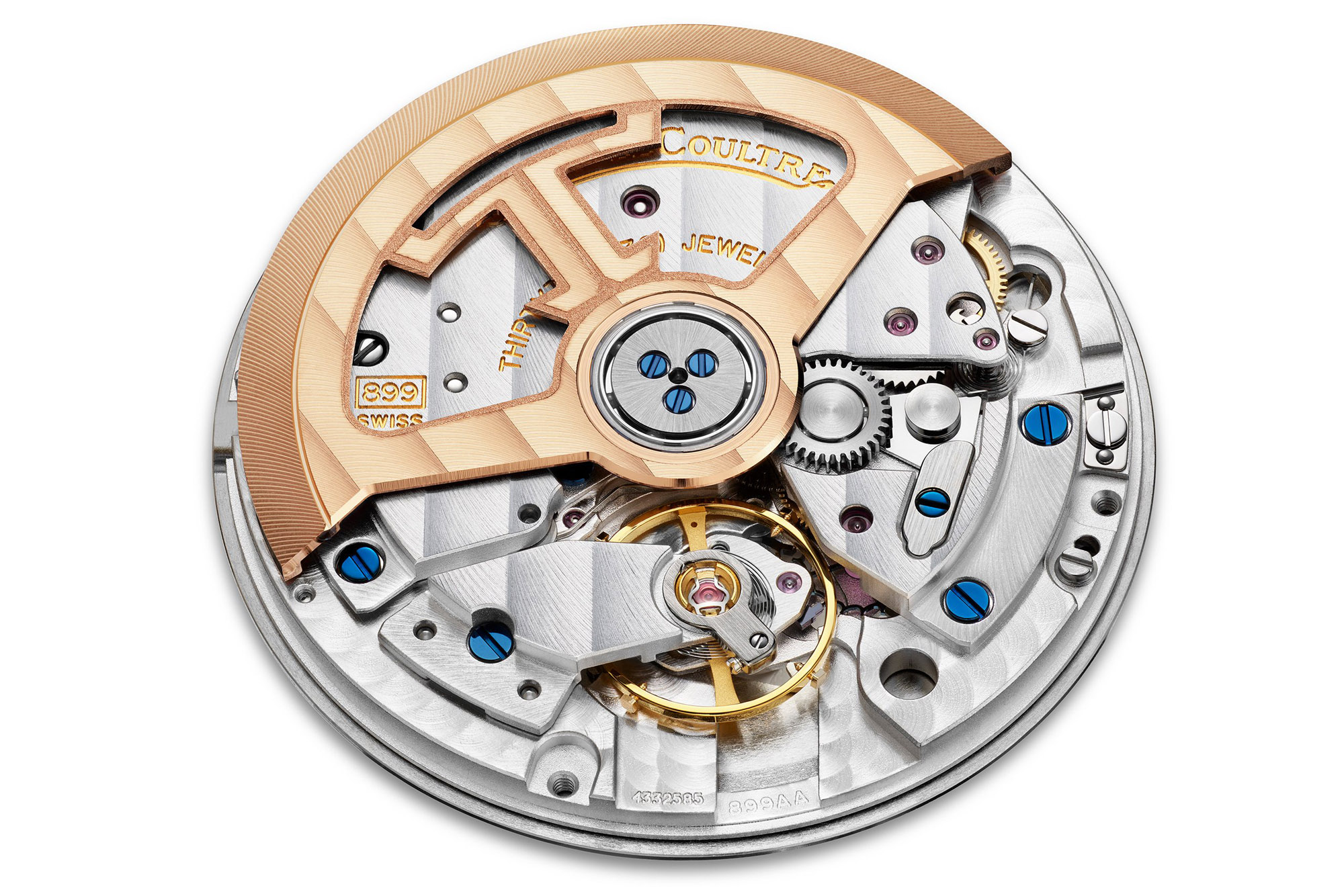 A revised escapement geometry with silicon pallets, and a new barrel expand the autonomy to a full and contemporary 70h. Further, and this really speaks for JLC as a manufacture, the central seconds gears now ensure less hand shake.

A Token of Pure Watchmaking

With the most recent revision, the 2020 vintage of the Jaeger-LeCoultre Master Control has reached its current zenith. The brand addressed all the weaknesses which bothered (at least) me, and showed remarkable attention to the detail, down to areas where – if I may say so! – less serious watchmakers would pass: the movement of the central seconds hand, for example. 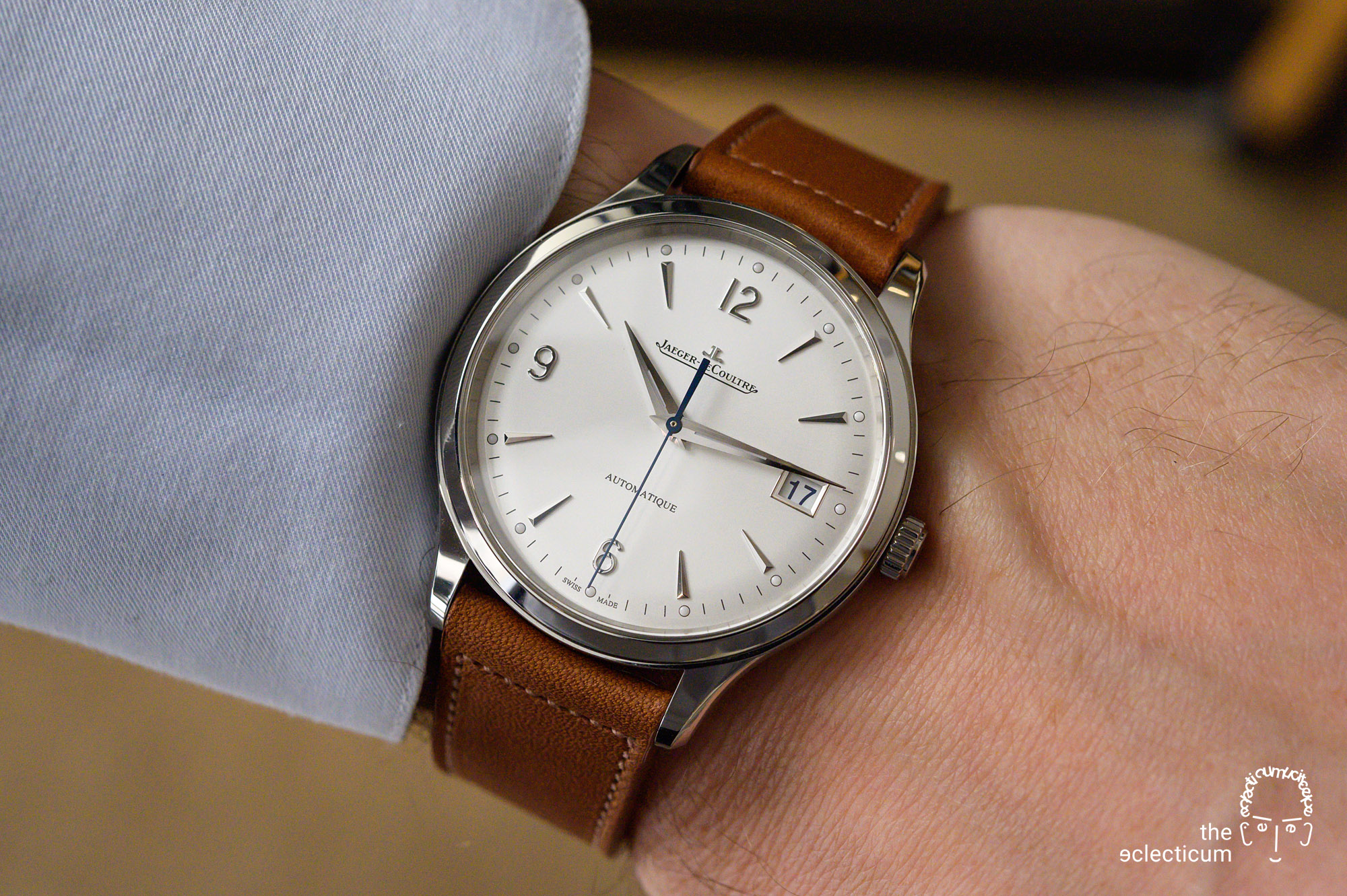 The 2020 edition is both a flash back to the origins of the collection, e.g. the slimmer bezels, and a great jump forward, such as slightly larger diameter (although previous iterations already had 40mm cases), the more elaborate engravings, and certainly the modernised movement.

This is what pure watchmaking is, and I applaud JLC for the excellent work done!

P.S.: Please excuse the bandaged finger – a kitchen knife attacked me the night before – as well as some plastic strips still visible on some shots (the watches just came in from the manufacture) …

P.P.S.: Under the helm of Günther Blümlein, the then Mannesmann conglomerate owned IWC as the more ‘German’ technical watchmaker, and JLC as the more ‘French’ one, each of which somehow fertilising and breaking ground for A. Lange & Söhne on the one and Vacheron Constantin on the other side.