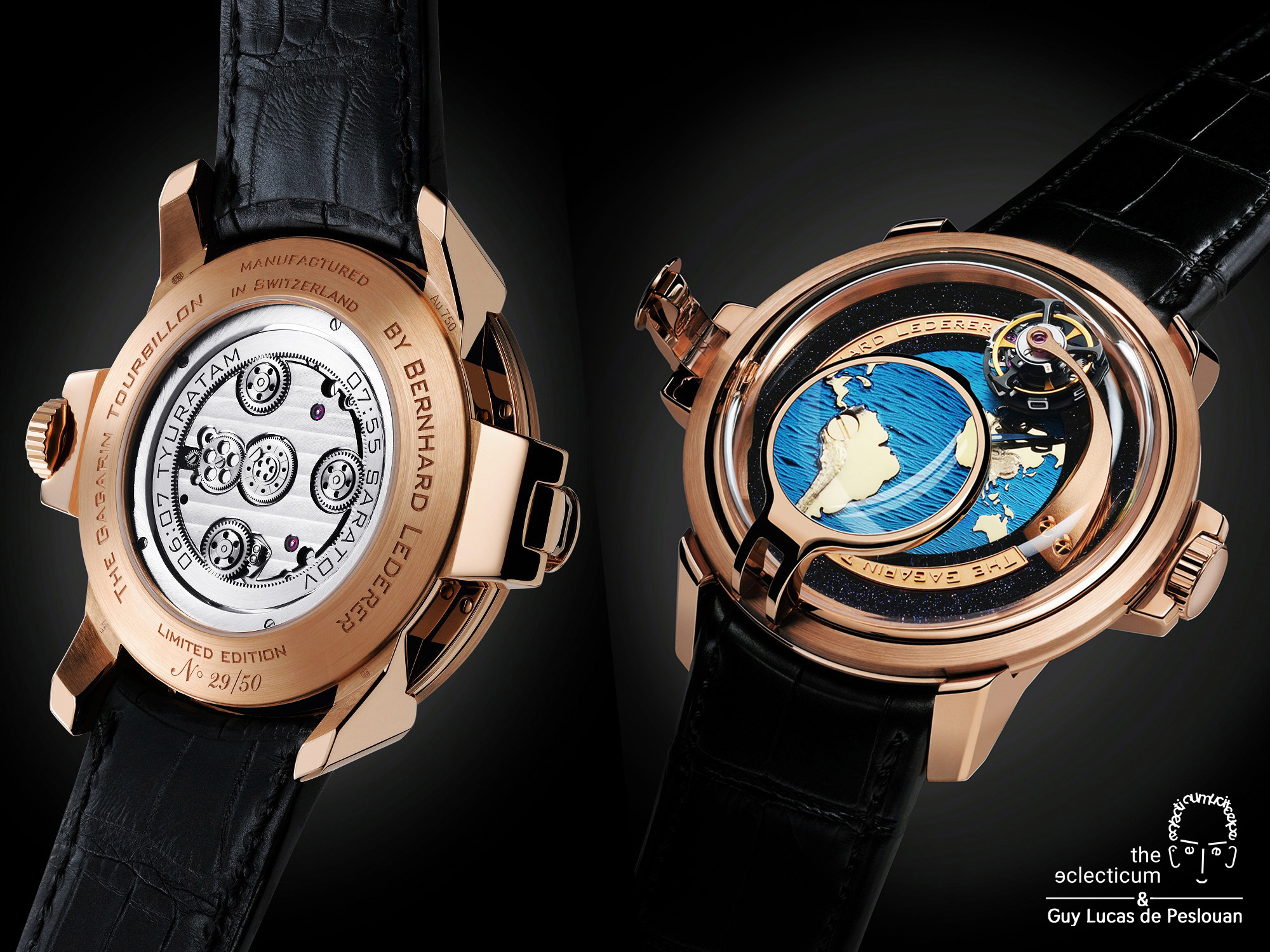 This watch was created by Bernhard Lederer to celebrate the 50th Gagarin flight anniversary. Yuri Gagarin was the first person to journey into outer space, back in 1961. 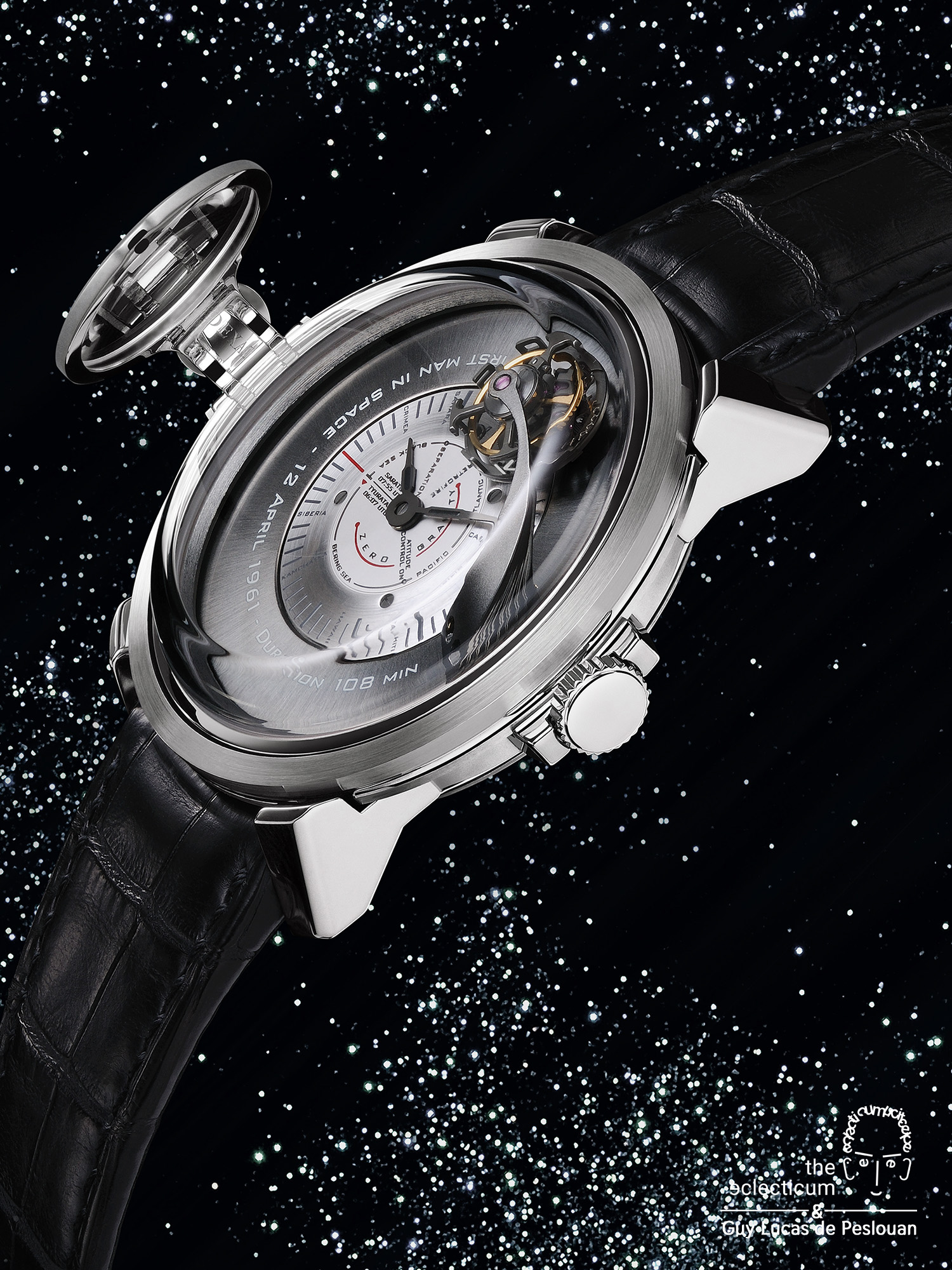 This watch came with a (60 seconds) flying tourbillon, rotating on the dial in 108 minutes – time of the flight of Gagarin, to orbit the earth in the Vostok capsule.

The first version had a platinum case and a dial resembling a a navigational instrument. 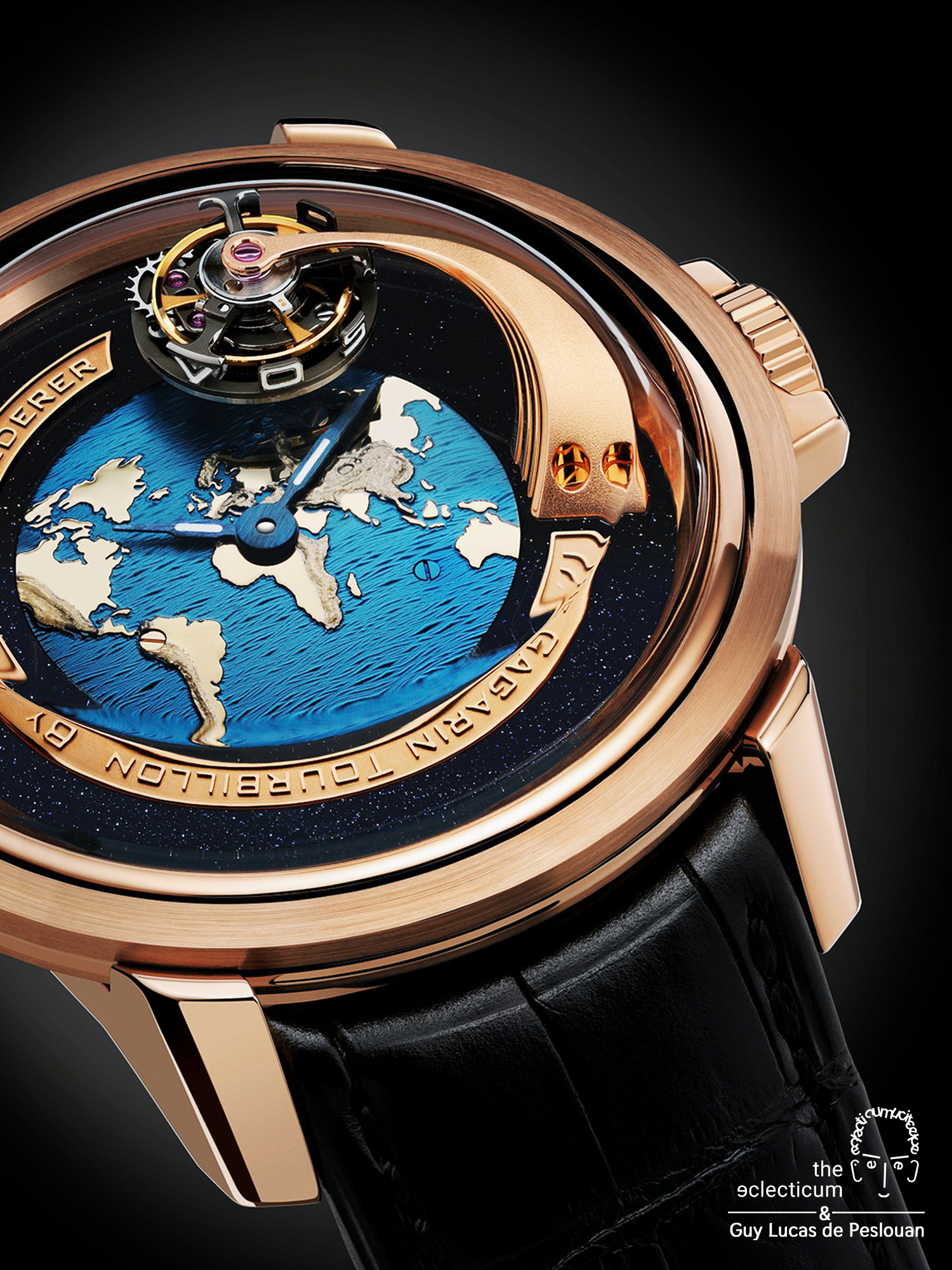 The second edition of this watch (in 2013), presented here, comes with gold painted decoration on the dial and Aventurine Stone, and is housed in a red gold case.

Limited to 50 pieces, 25 for each version. They were for sale in Russia and in old soviet countries, only.

Context – in this case it´s probably even more important, because of the special “Russian” event. It´s an interesting and beautiful watch in any case, but maybe it needs a “Russian heart” to fall in love with and to spend money on it. 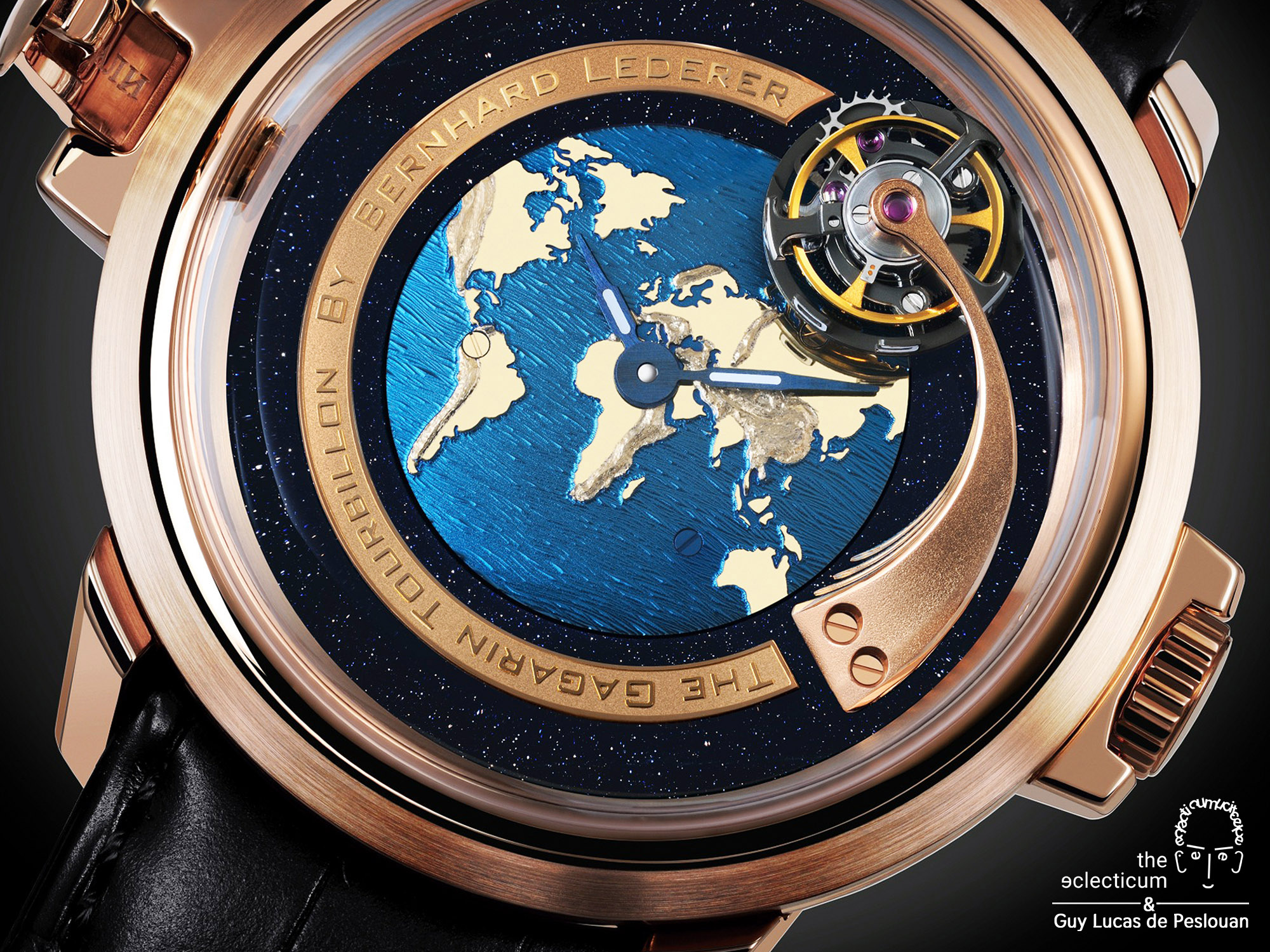 This notwithstanding, the conceptualisation of the tourbillon is immensely poetic, with the 108 minute orbit, its suspension on a curved arch, and the vertical ‘VOSTOK’ inscription on the tourbillon cage.

the eclecticumGeneva Watch Days 2020 & more – the context, the atmosphere, the good...
Scroll to top