“Urban Jürgensen – with a new owner in 2014 came a number of new versions of watches from this old and great manufacture. 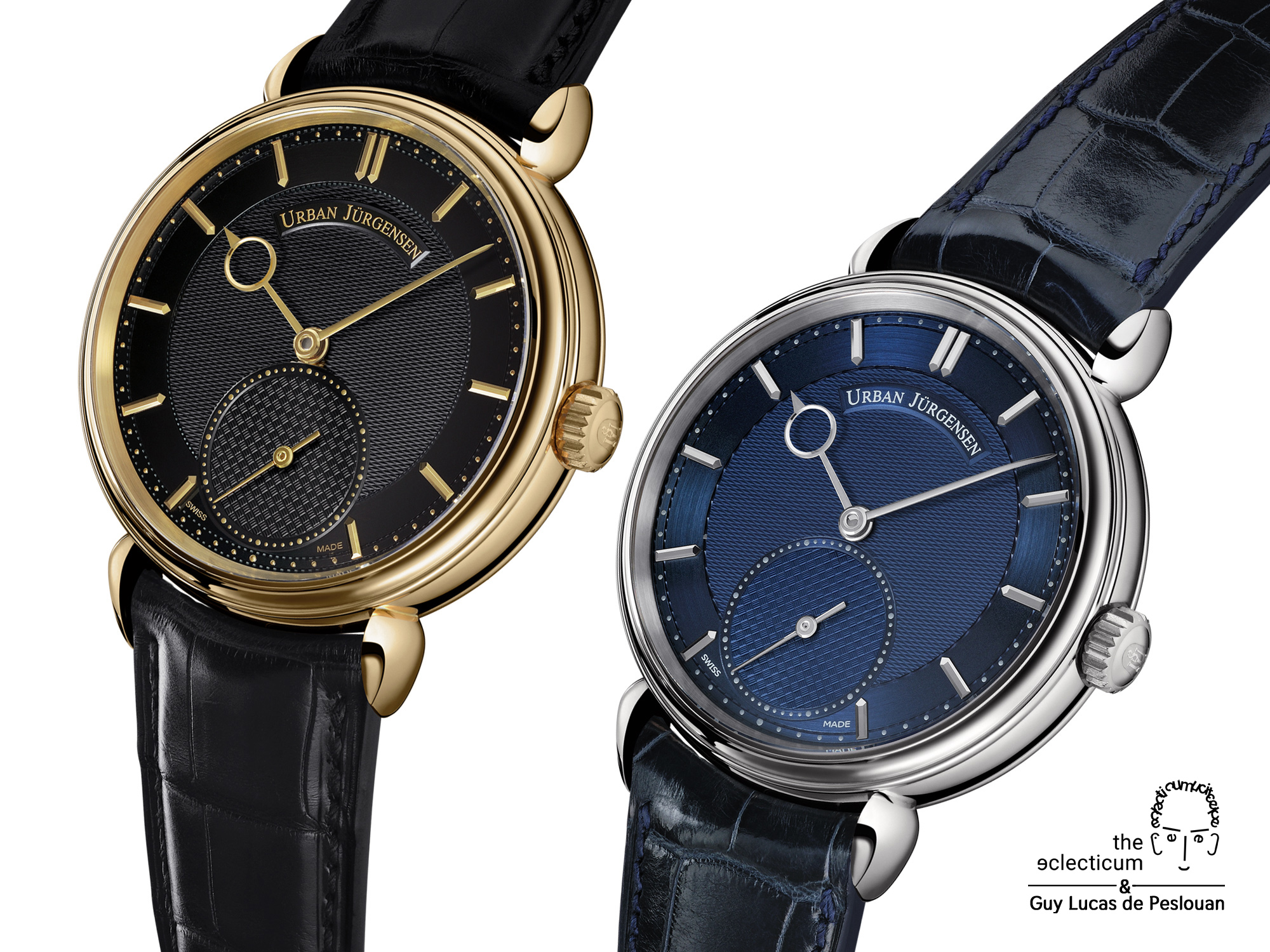 The Reference 1140 models represent the traditional view of this great house.

All the brand’s « codes » are present in these models.The delicacy of the guilloche, the quality of the finishings, all is concurring to find in these watches the most representation of the brand. 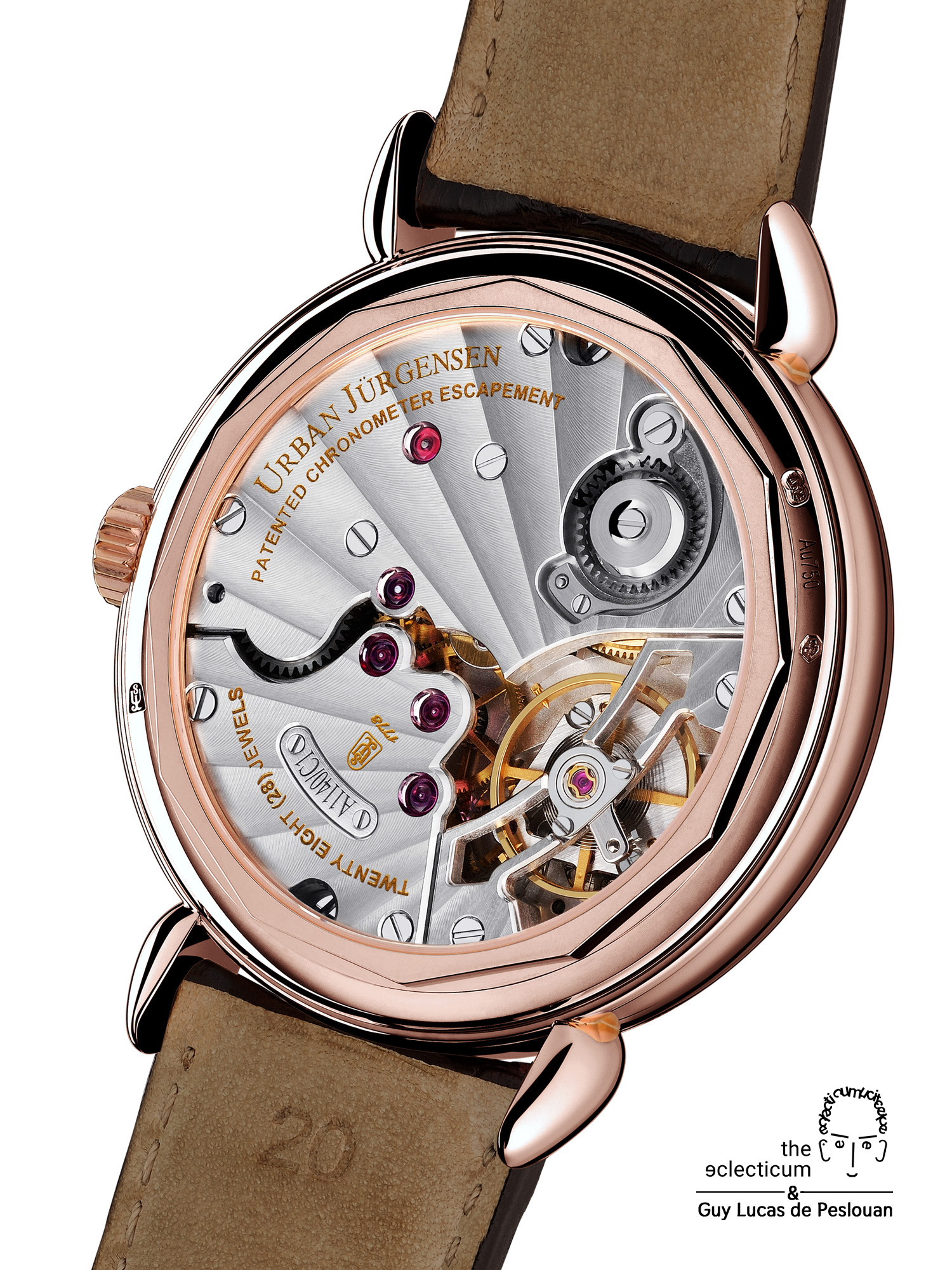 Urban Jürgensen – a well-known brand to connoisseurs for it´s history and some “to die for” pieces, highly collectible. Aside the historical (pocket) watches, the best-known pieces are mainly based on F. Piguet calibres and that´s fine. Good reasons to fall in love you always could find somewhere else – the (individually soldered!) tear drop lugs, the hands, and the “all-over” charm of craftsmanship shown. Small series of sophisticated wristwatches of the best quality – nothing more, nothing less.

The Jürgensen family continued to be involved in the running of the business until 1886 when it passed to an employee. The firm went through several more changes of ownership until 1981 when (a legend on its own in the world of fine watchmaking, who passed in 2010) Peter Baumberger acquired Urban Jürgensen & Sønner. In 2011 Dr Helmut Crott took over and the brand launched their UJS-08 model featuring a proprietary movement with the world’s first detent escapement in a series wristwatch. Best to our knowledge Dr. Frank Müller (former CEO of Glashütte Original; for industrialization) and Kari Voutilainen was involved to make the new movement (finally) happen, what was started by Peter Baumberger. We followed the project with interest and liked the idea behind a lot. Still the final product didn´t convince us, to the fullest. 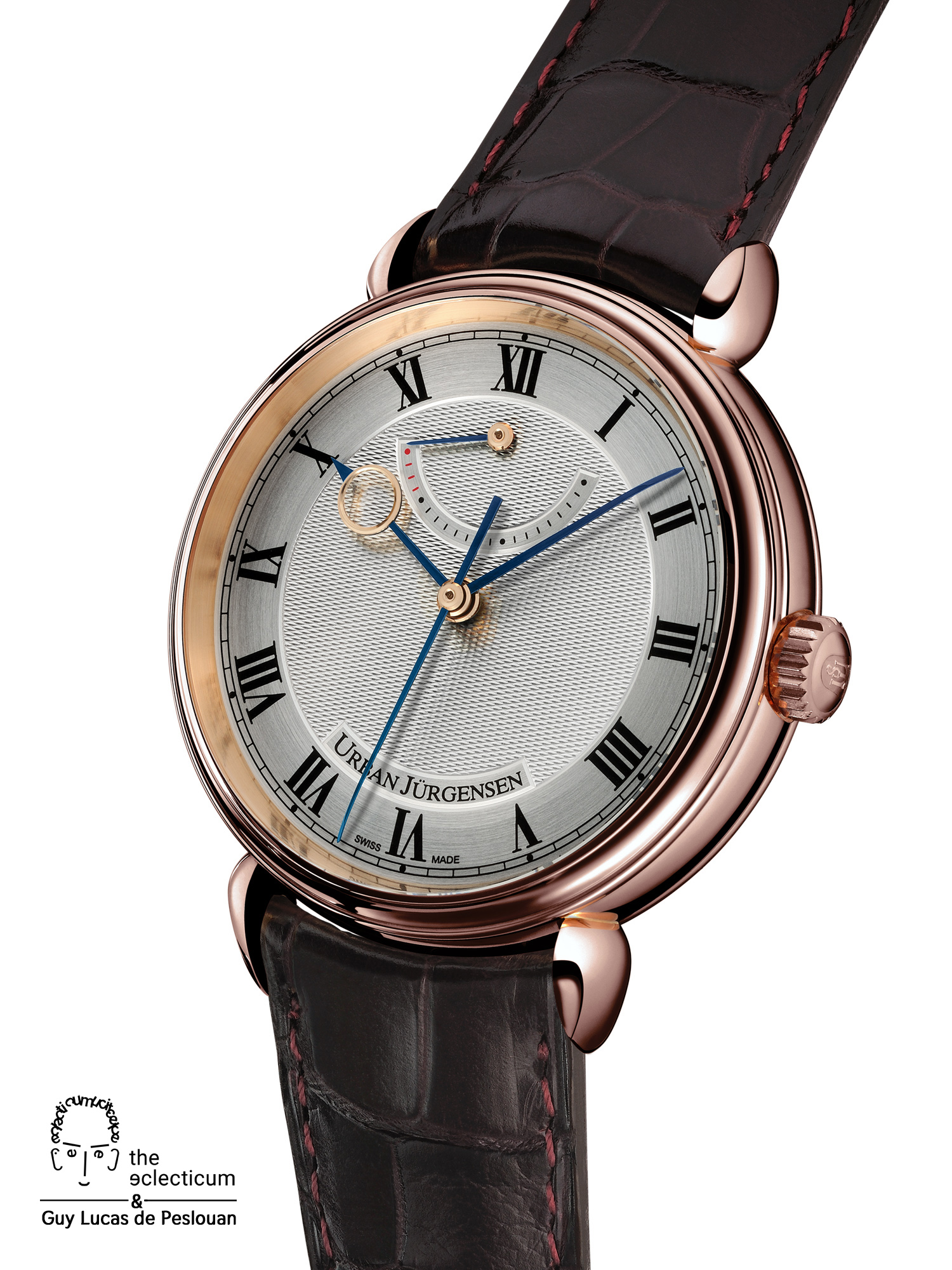 A major point was the (new old) hands shown – while they still looked like former ones, the quality of execution in the detail left us a bit more puzzled – just like an ‘industrialised’ version of the former glory. Well, maybe our expectations as seasoned collectors had been too high.

The Reference 1142C CS (with P8 in-house movement; detent escapement) was awarded at the Grand Prix d’Horlogerie de Genève in 2014. In the same year, the company was sold again to someone unknown to us.

From time to time we had the pleasure to see awesome pieces from collector´s friends, most of them pre 2011. We had no appointments with the brand since 2012 and didn´t handle their recent watches. Looking at Guy´s pictures and the brands (eclectic) collection shown on their homepage, we might change this. We like what we see so far but won´t judge without seeing them in person – as always at the eclecticum.

Once more, thanks Guy for your selection and bringing back our attention!