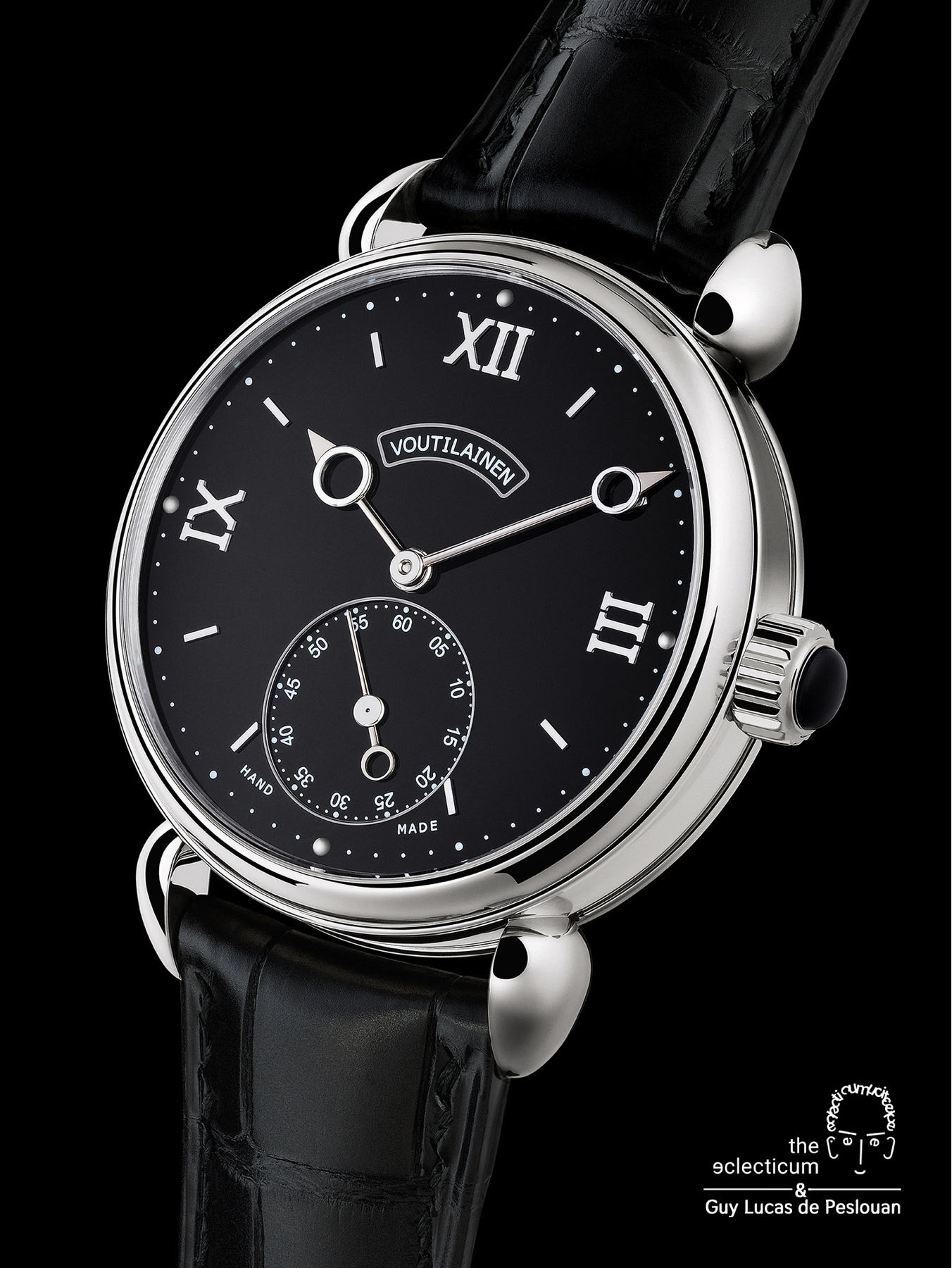 “At the time Kari Voutilainen created this model, it was the first time he use ruthenium in his movement.
Ruthenium is a rare transition metal belonging to the platinum group and is unalterable in by most chemicals, thus preserving the metal to which it is allied from corrosion. The watch comes with a black enamel dial with Roman gold numerals.

Movement is in-house made and developed.” 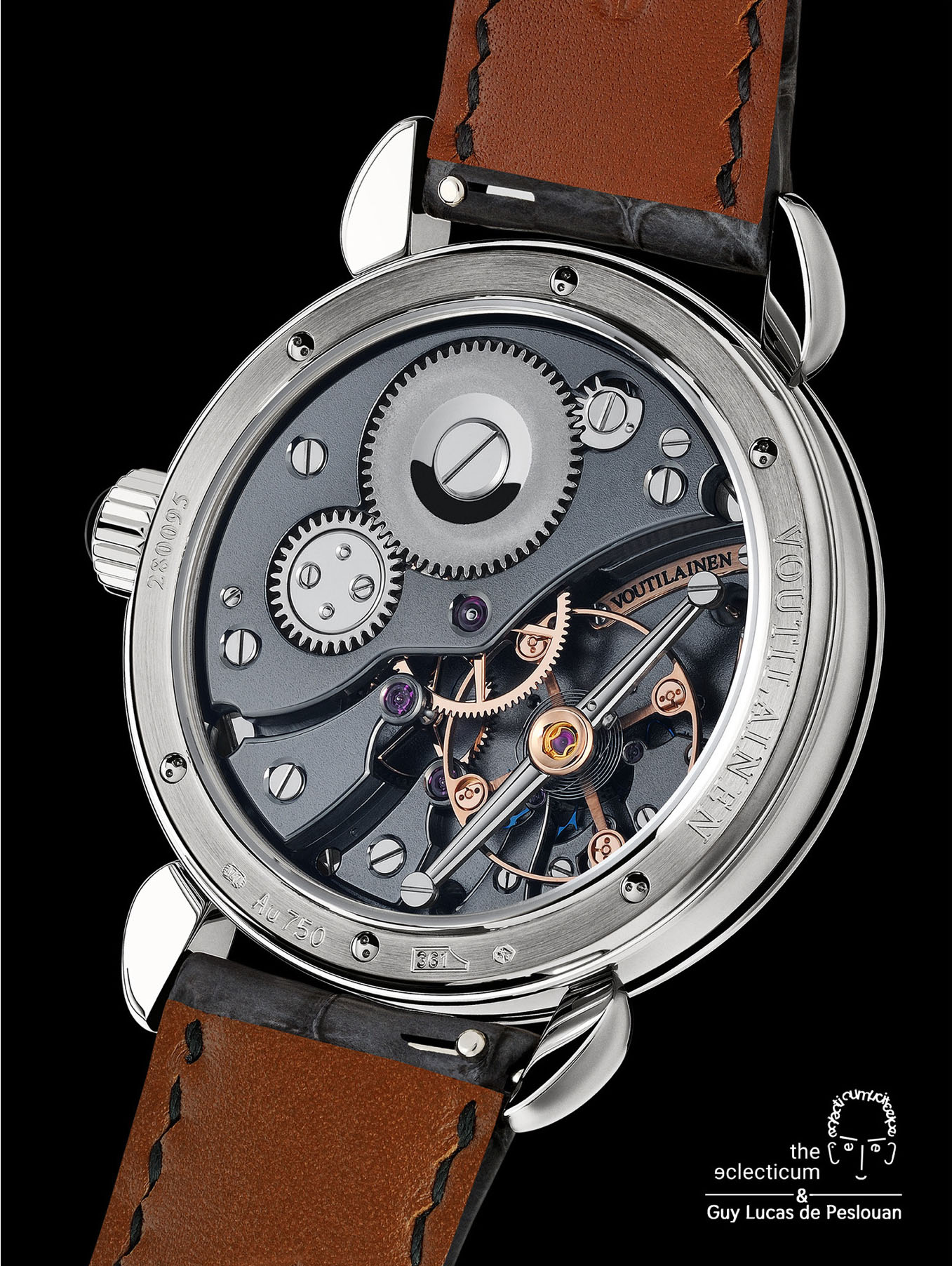 The man – Kari Voutilainen needs no introduction, he is widely considered one of the stalwarts of finest Swiss watchmaking – which is kind of surpassing since he is not Swiss but Finnish by birth, having received his formal training at the world renowned watchmaking school of Tapiola (Finland), and WOSTEP after.

Kari is a perfectionist which led him not only to advance his craft, but also to develop his own in-house base movement (the Vingt-8), but also to integrate the various crafts needed to make a watch, most notably the ‘Coblemine’ dial atelier and the Voutilainen & Cattin case making workshop.

Perfection comes through ample practice, and thus he is open to collaboration with a great number of colleagues and companies within or outside the AHCI, like Stepan Sarpaneva, the Grönefeld ‘Horological Brothers’, Ophion or even smartphone companies.

Despite all this substantial expertise, his many successes, the fame he enjoys and the numerous awards he has gained, Kari always kept his down-to-earth mentality which makes him a pleasure to converse with. 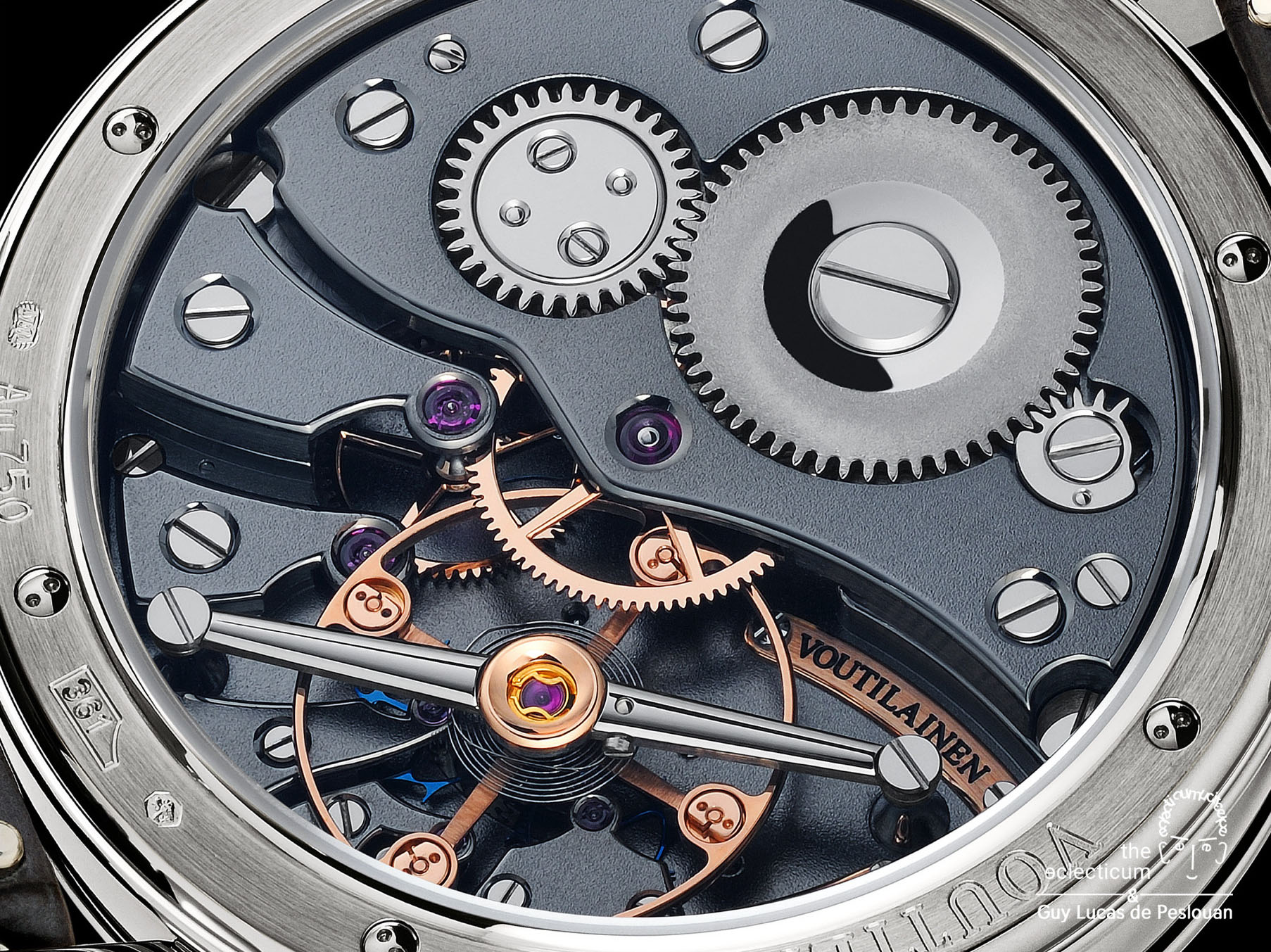 The watch – the Vingt-8 is the watch which debuted Kari Voutilainen’s first entirely in-house movement. Using previously celebrated vintage chronometer or repeating movements as bases, Kari intended to carve his mark into the history of watchmaking with this development – a ‘simple’ time-only movement with hand winding, but this is deceiving: the attention to robustness and precision is visible in the detail: a large, very visible freesprung balance wheel with proprietary adjustment weights and a specific hairspring with two overcoils: an outer Phillips overcoil and an inner curve of the little known Grossmann type.

All critical elements are secured by proprietary ‘pointed’ screws, such as the caseback and the regulating weights on the balance.

In terms of design, the Vingt-8 is a typical ‘Voutilainen’, with a round, collared case and lovely teardrop lugs. It is a known staple since the beginning of the brand, and we have to applaud Kari for the considered choice he made which allows him to leave a distinct yet very classic design mark.

“Guy’s Eclectic Choice of The Week” – watchmaker Hervé Morard from...

Hands-On with the new Glashütte Original Senator Cosmopolite Blue and the OMEGA...
Scroll to top