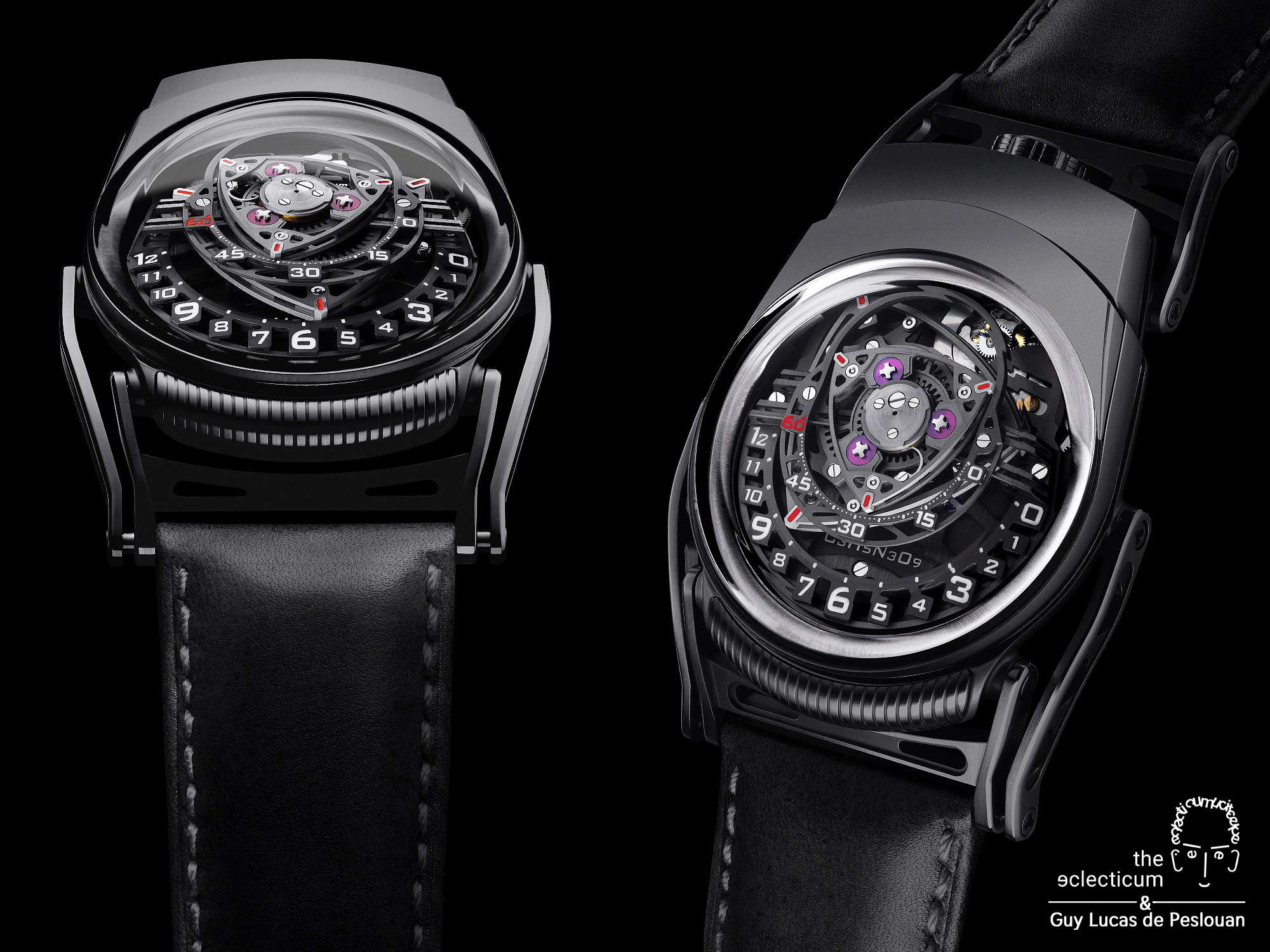 Even if it does not look like, the real name of this watch brand is indeed C3H5N3O9. This string is in fact the chemical formula of Nitroglycerine.

The « Experiment ZR012 Nitro » piece is the product of a first collaboration between MB&F and Urwerk, whereby the movement of this watch was developed by Urwerk and is inspired by the rotational ‘Wankel’ motor engine. 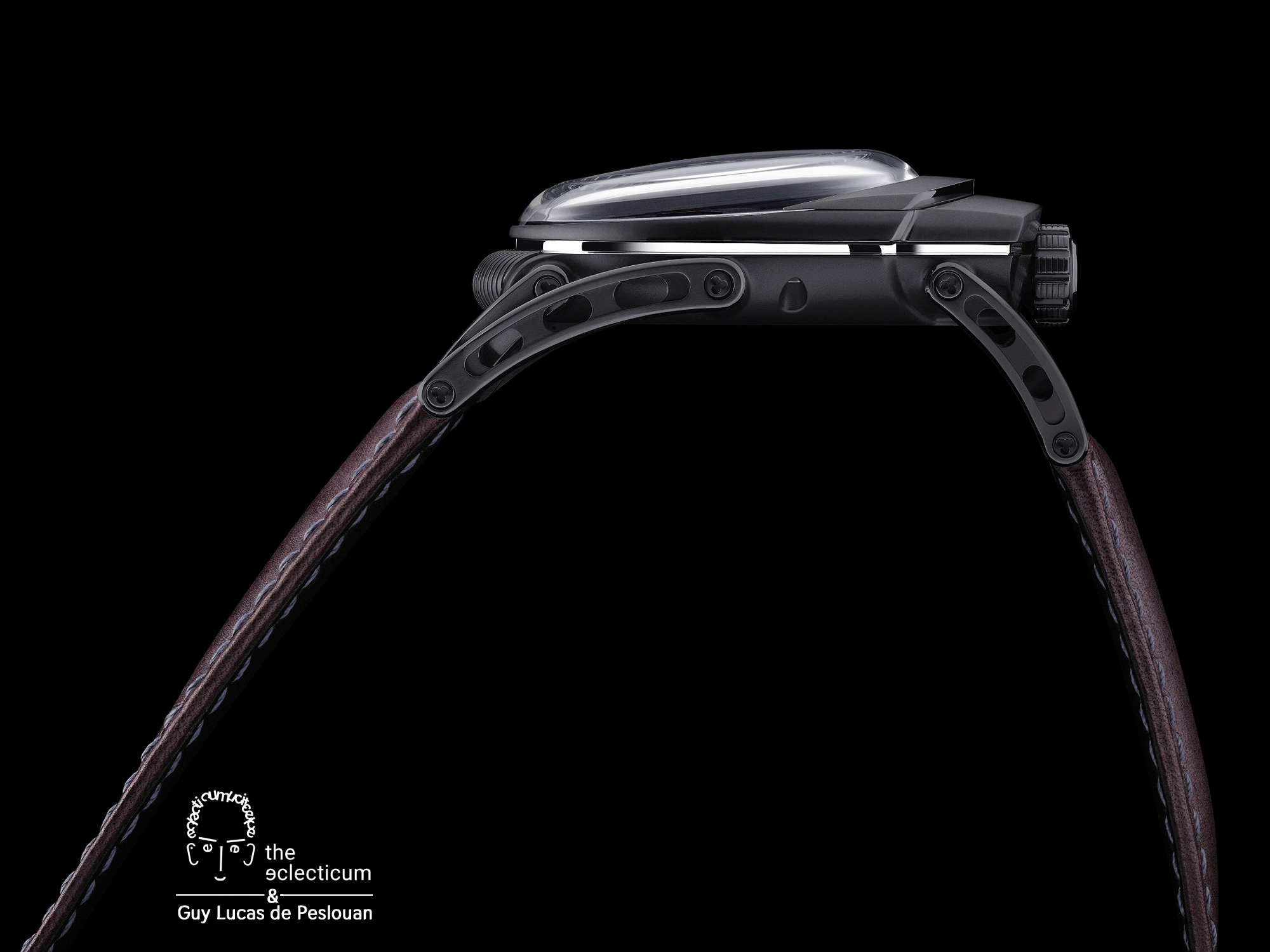 MB&F made the case based on an idea by the designer Eric Giroud. 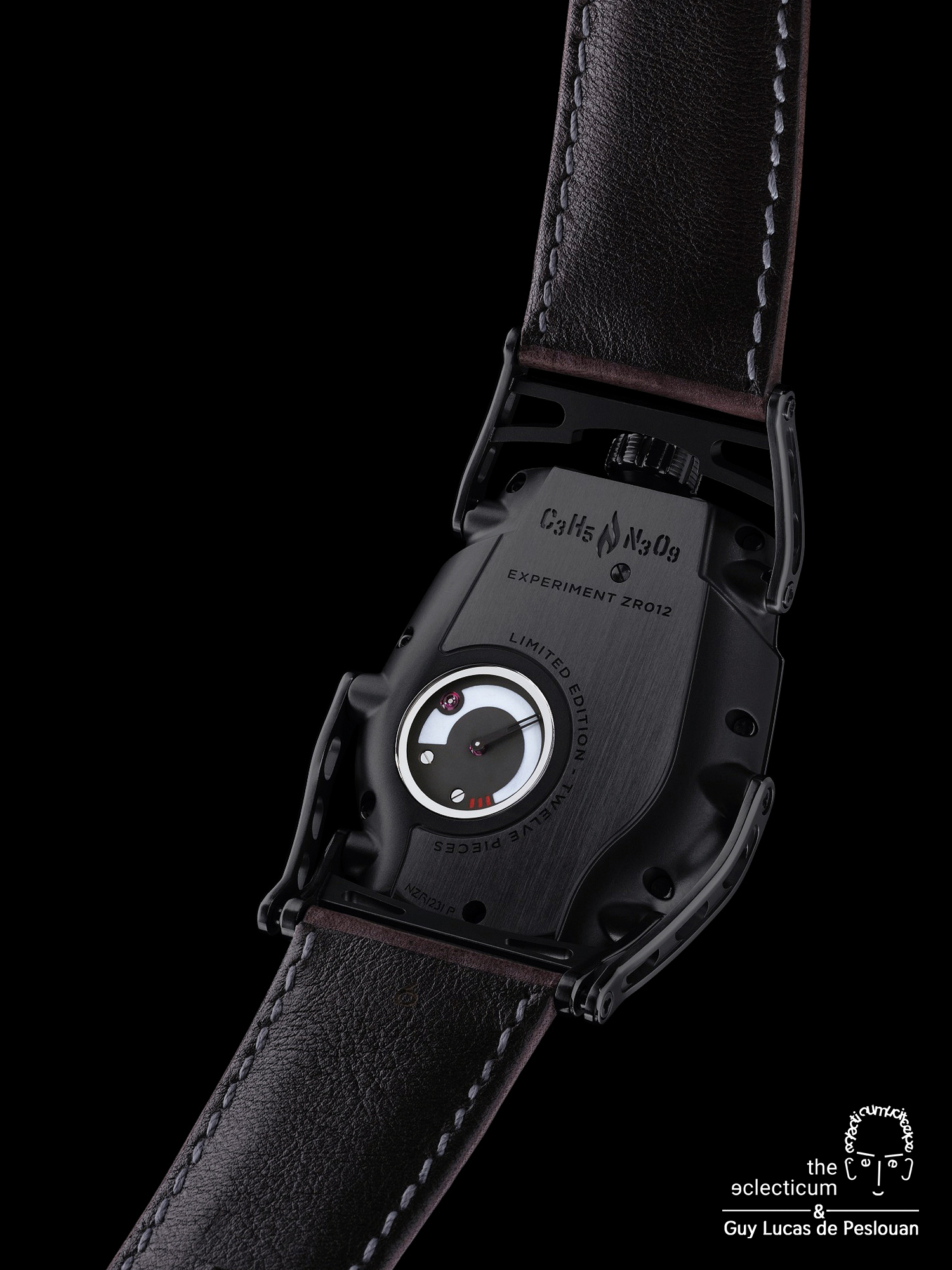 The first series in natural Zirconium cases with Titanium lugs and was produced in a small series of only 12 pieces, a second series now came with black Zirconium cases.

I hope to see a new collaboration soon …

The Experiment ZR012 Nitro had all the ingredients of a showstopper: Rock star ‘parents’ that promise the best genes for their offspring, and unusual ideas with roots in an area which has great touching points with watchmaking. A new collaborative sprit in the industry developed throughout the 2000s and made industry-spanning team efforts such as C3H5N3O9 possible in the first place. 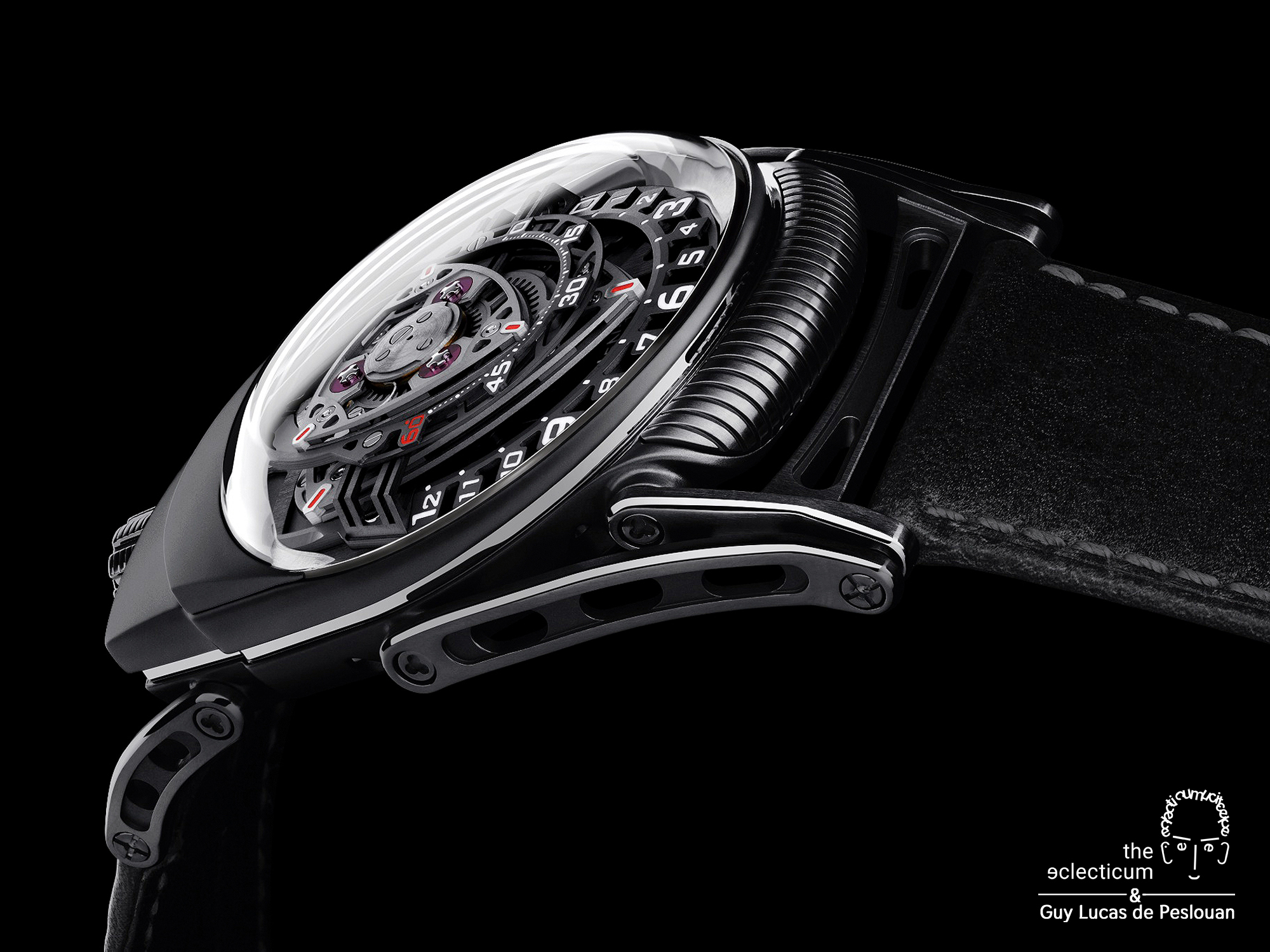 Yet, the watch did not really take off, nor did the brand. We cannot comment with substance on the production implications of such a watch, but we guess the movement with its central nested epitrochoid element needed a lot of (costly) optimization work to get it ready for series, and also the case construction was certainly not like daily routine work for suppliers and watchmakers alike. And all these efforts need to be paid for, and this through small series only.

But this does not automatically mean doom. But when we look at the watch, we detect elements of Urwerk in the display concept (naturally, given ‘parent’) and De Bethune (articulating lugs), and MB&F (again, articulating lugs) – and we guess a lot of potential buyers asked themselves the same question as we do: ‘where’s the unique point of this brand’? Such collaborations could have been well implemented under the MB&F umbrella alone, which defines itself as a ‘collaborative artistic concept laboratory’. 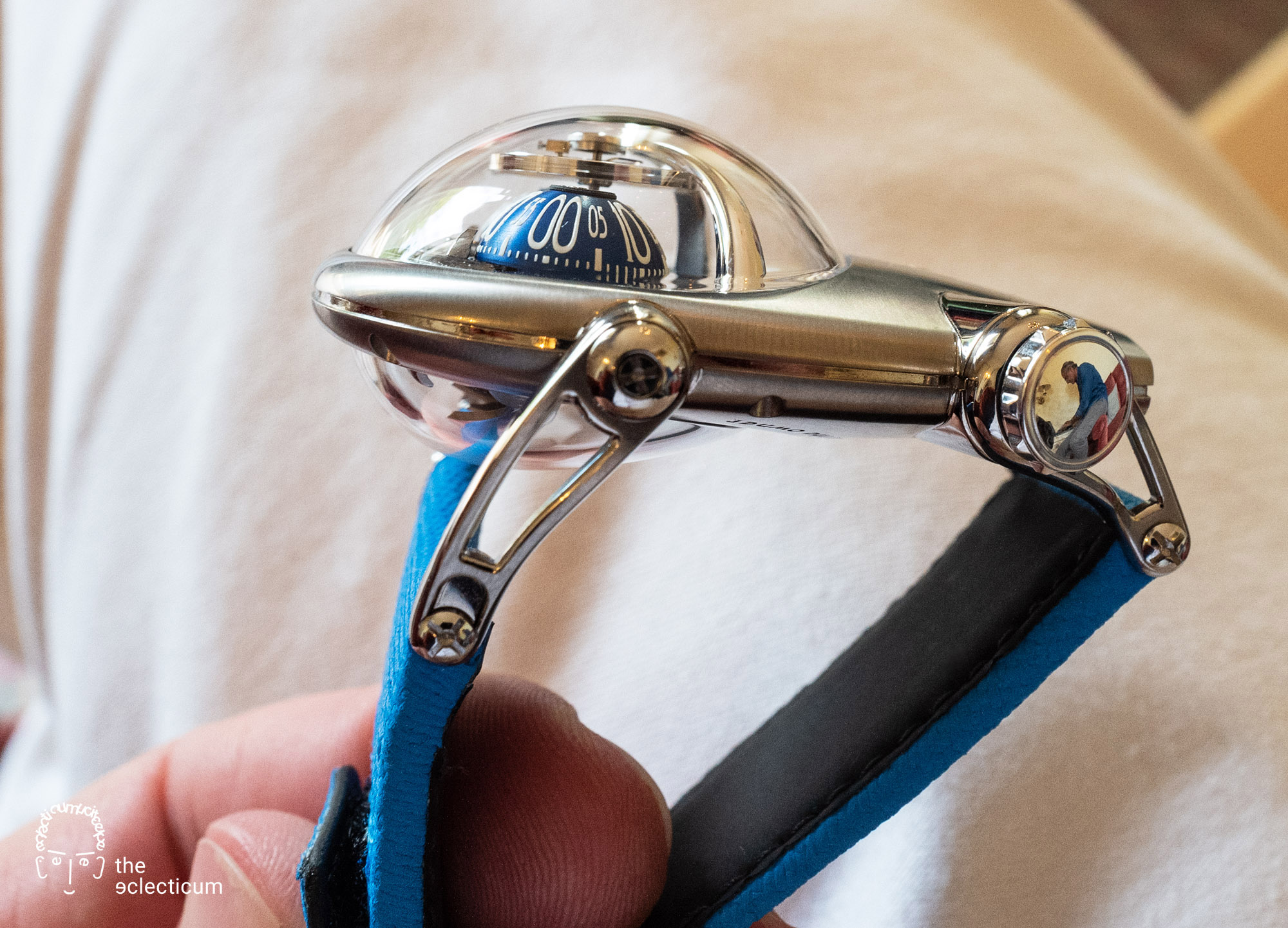 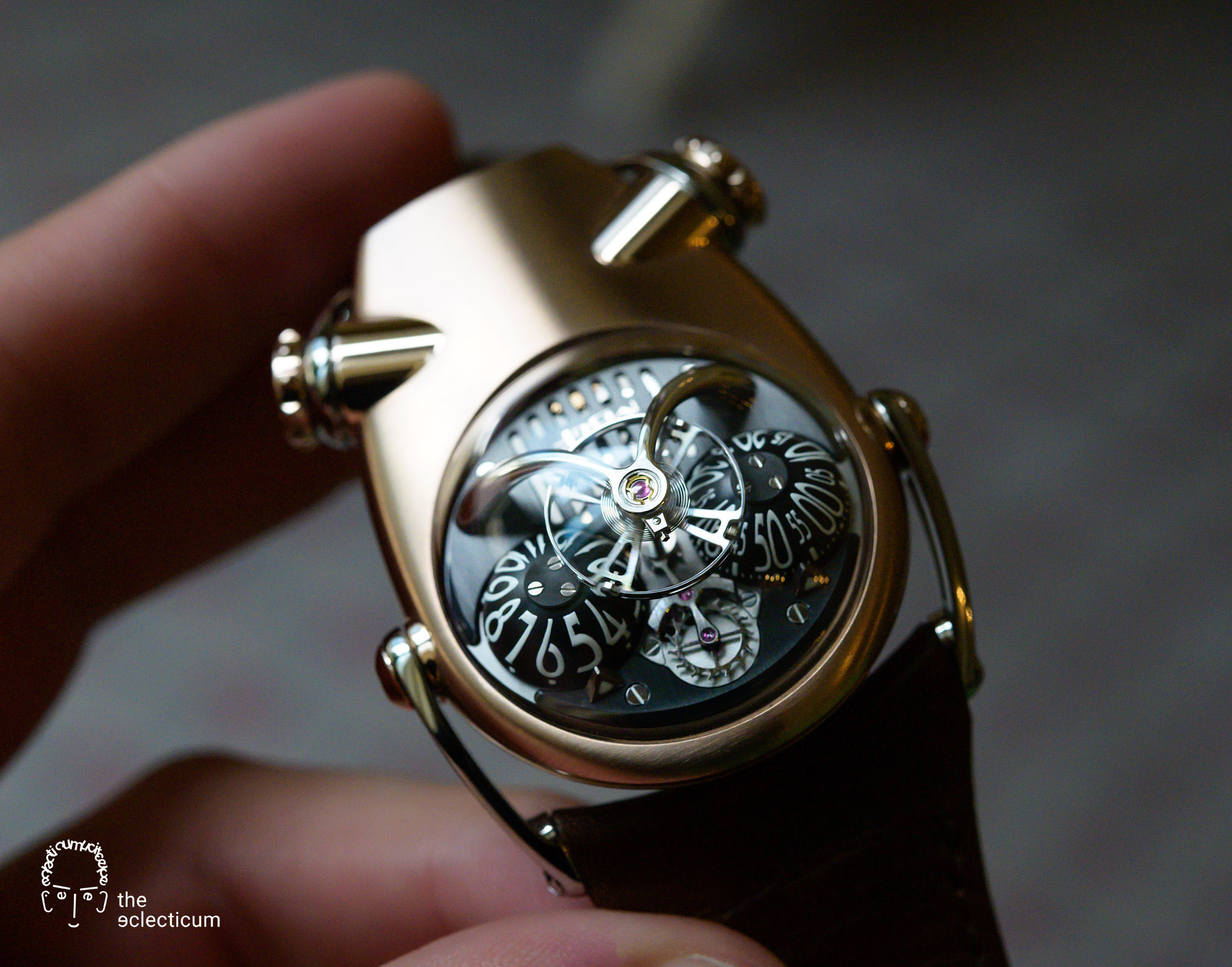 Can you see what came to our mind?

In any case, for us it shows that interesting ideas are hard to kill and we like it that way.