Photographer Guy Lucas de Peslouan shares his images and thoughts on the A. Favre & Fils ´Phoenix 10.2 - Pure` - plus some context by ´the eclecticum` 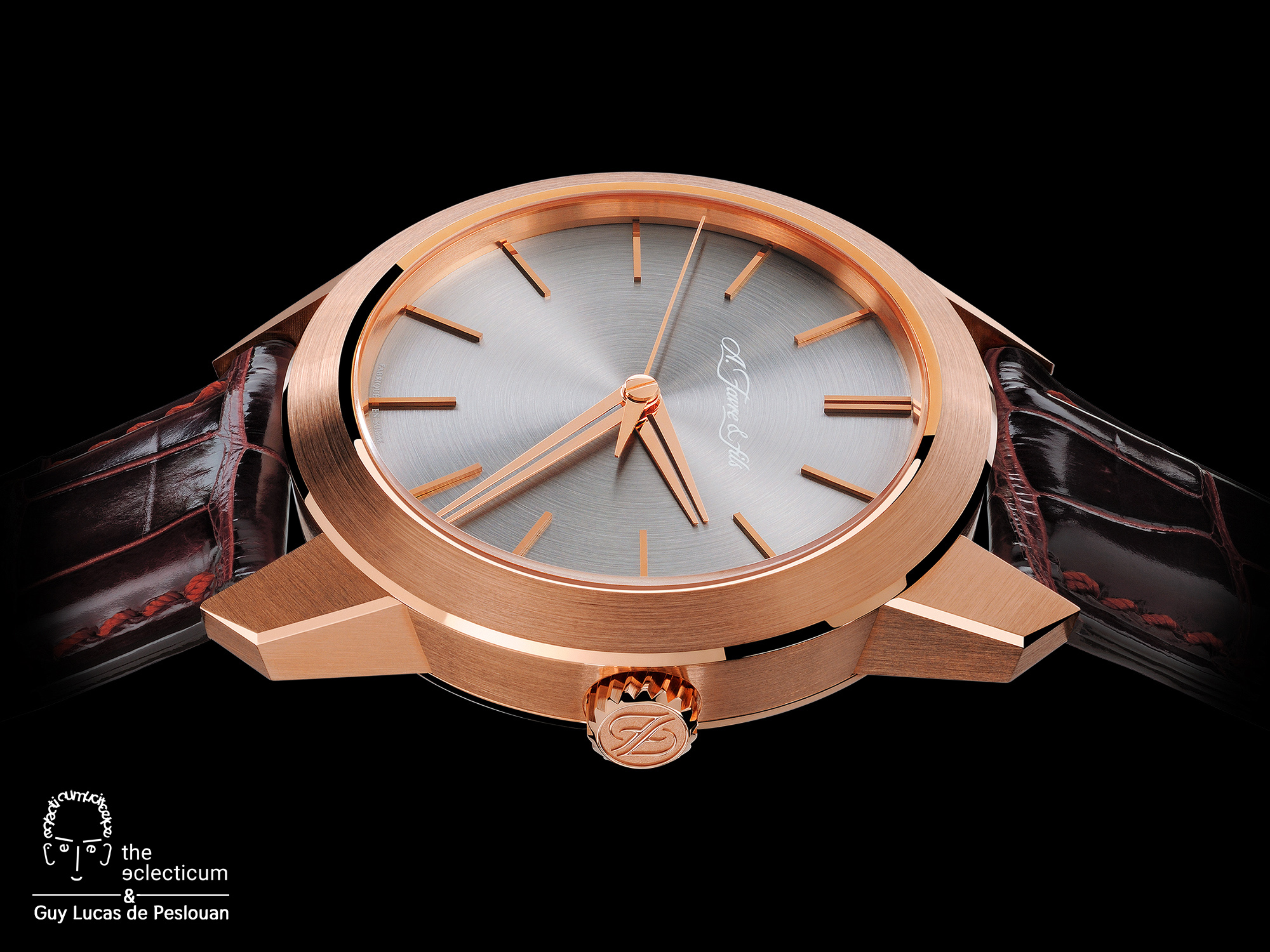 Coming from a line of watchmakers, going back ten generations, introduced by Abraham Favre, who in 1718 was introduced to watchmaking, Laurent Favre continues today to continue the family work.

Initiated to watchmaking from an early age, it was with his father and uncle that he had his first professional watchmaking experiences.

To strengthen his knowledge, Laurent Favre works in several Geneva manufacturers, both in watchmaking and in jewelry.

On the strength of these experiences, he decided to take up the family torch by offering his own creations, respecting traditional know-how and in the spirit of constantly renewed innovation which made his predecessors famous.

I present to you here, a simple watch, but when we see the quality and the finishes of the movement, the purity of the lines and the design of the case, it is obvious that Laurent Favre has some nice surprises in store for us that I invite you to discover … 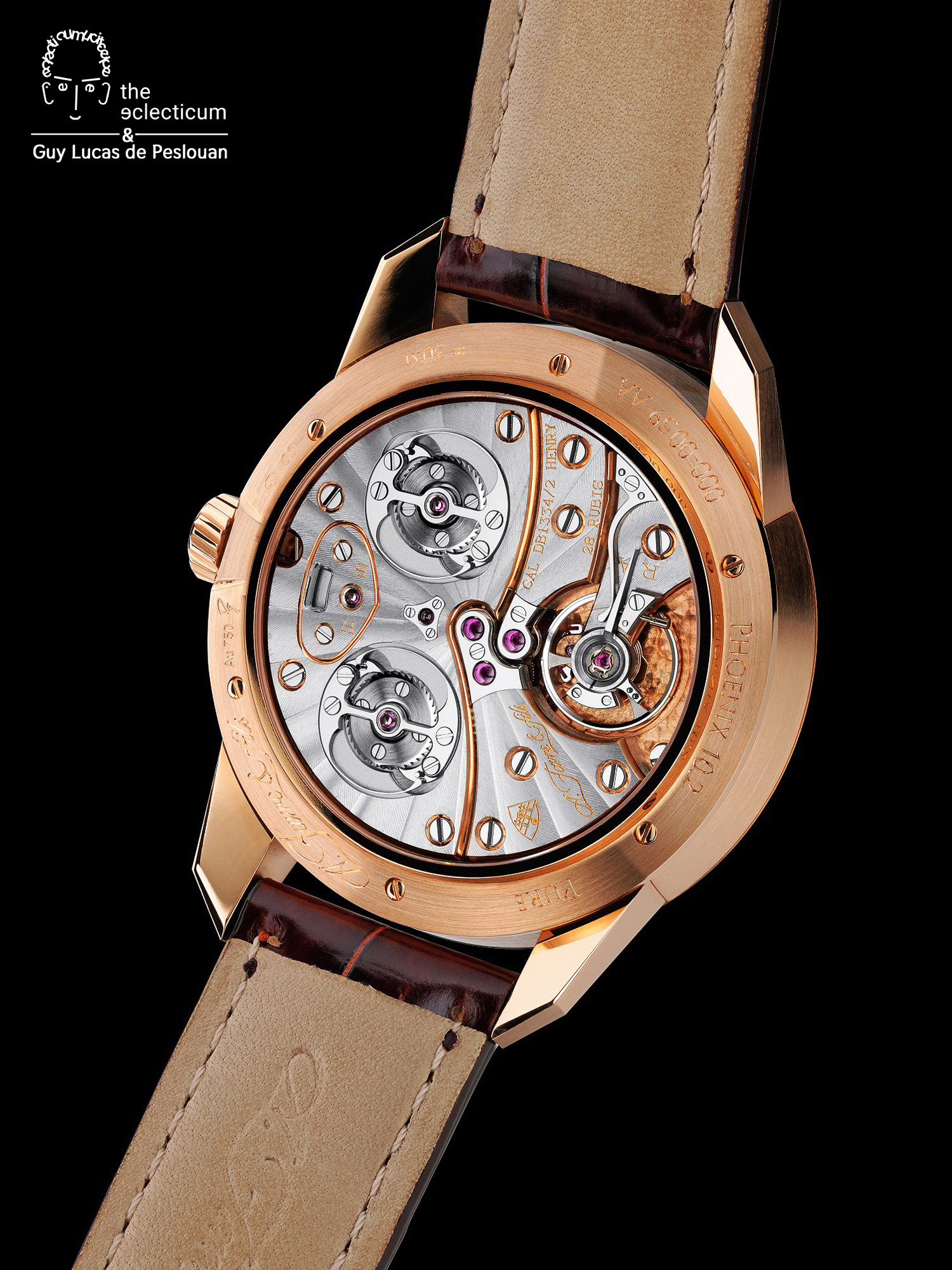 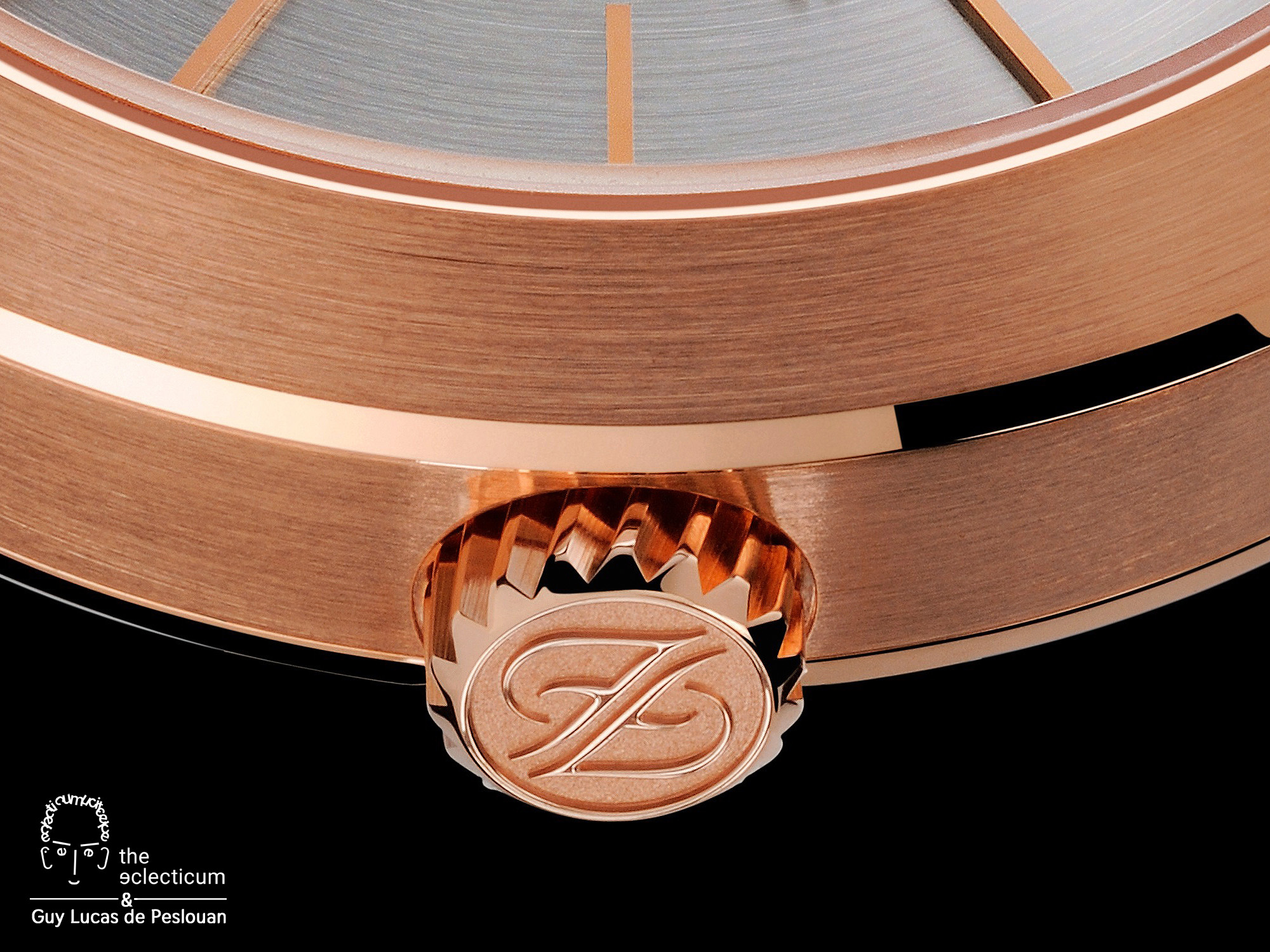 A finger exercise or hidden secret …

Starting with some basic research as we are not familiar with the brand and their watches. In times of today you start with Google and there isn´t that much to find about them. Some details on Wikipedia about history and genealogy only.

Their webpage shows only little information about the brand and the watches, but at least one can download their catalogue from 2019 and there are quite a few different watches shown. On the webpage, one gets introduced to their confidence-inspiring board and their advisors, plus collaborations and partners. Also, the instagram account of the brand does not offer a lot more.

So we reached out to one of the advisors, and learnt the following:

“Laurent Favre is a direct descendent of the Favre family who’s watchmaking activities date back to the early 18th century. His grandfather and father founded Favre-Leuba a hundred years later which enjoyed huge success and eventually grew to one of the biggest watch manufacturers, along with Omega, in Switzerland, which also owned Zenith and JLC. However, they were forced to sell Zenith and JLC in the 60’s and 70’s.

Later, under Florian Favre, the last owner of Favre-Leuba, the firm was operating as an industry supplier, such as the casemaker for Harry Winston and for AP. He also did diamond setting for Harry Winston but also Jacob & Co.

His son Laurent worked with him, and in 2008 he started A Favre et fils and created the Favre Phoenix line of watches debuting in 2010. His first watch was the Phoenix 10.0 with a calendar date, and then the 10.2 “Pure” watch featured in this article. The in-house movement created by a watchmaker who used to work with François-Paul Journe. The work is really nice, very well done, well finished.”

With that context let´s finally talk about the watch and our impressions. “Modern brutalism goes classical watchmaking” comes to our mind on the first view and interesting details too, especially on the movement. 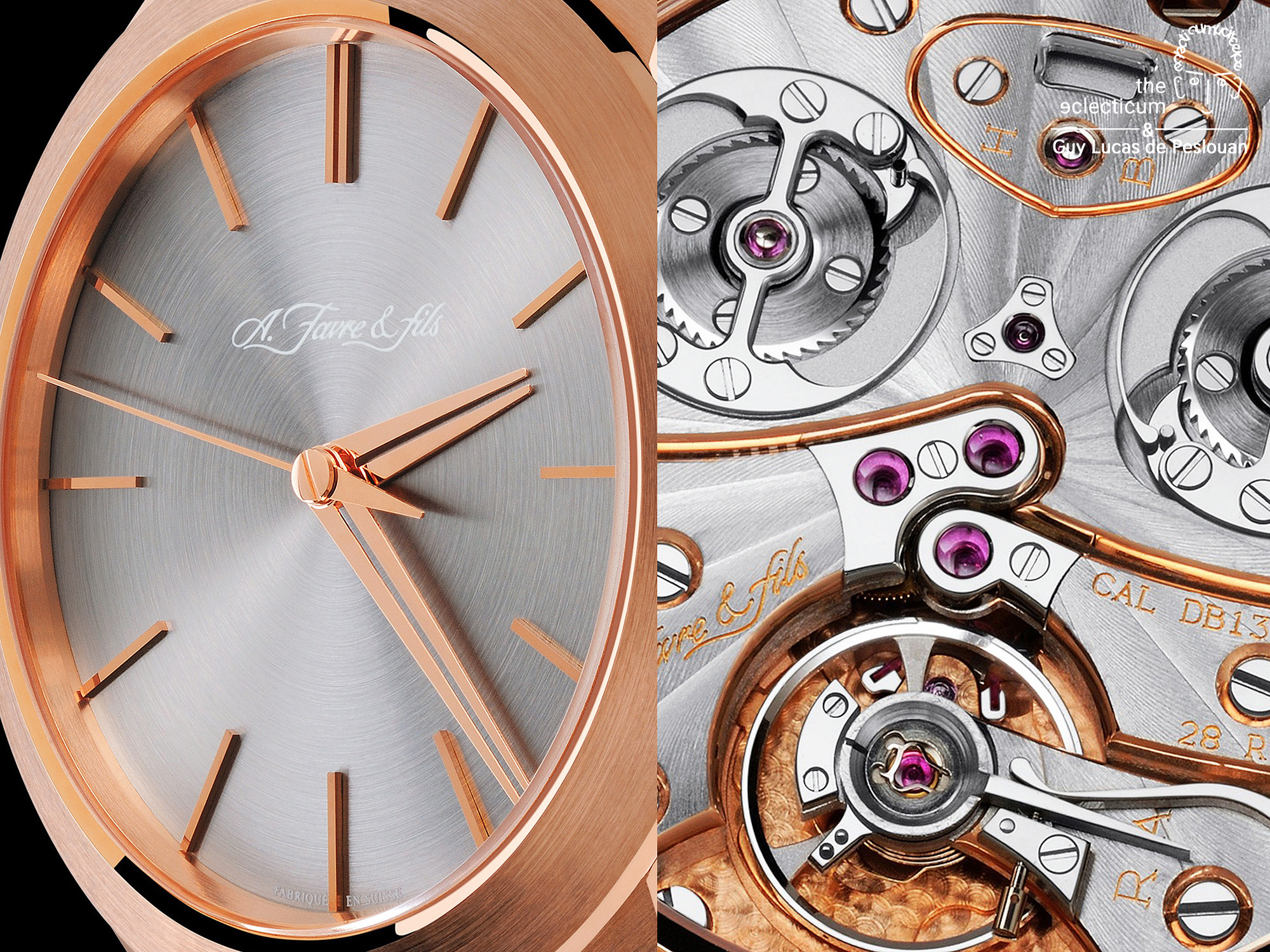 The bold, stark elements of the case are juxtaposed to the classical shapes, finishes and technologies of the hand-wound twin-barrel movement Cal. DB 1334 Henry. Name and main technology asset, its twin barrel layout, refer to Henry A. Favre, 8th generation of watchmakers in the Favre family, and the first one who used a twin barrelled movement at industrial scale.

Besides this, there are a lot of delicacies to note: the fine finishing with a number of large rubies set in mirror-polished plates, the lovely ratchet wheels with wolf’s teeth mounted on each of the two barrels, the nicely swung swan’s neck regulator, and many more.

All of this appears to be executed in high quality and fine finishing. Yet when we looked at the images, we wondered what the creators had in mind: there is no real outstanding unique character to the watches, and we also could not read out a distinctive identity. Instead, it feels a bit like the best form here and there, combined. The inscriptions on the movement bridges for example recall H. Moser and Ferdinand Berthoud, at least to us. This is a bit regrettable in our view as the quality certainly would deserve more attention and a more self-confident presentation!

The general approach of the watch(es) is promising and we would love to handle at least one or two of those. Still, we are confused about their business concept and we ask ourselves if they are still in business at all. Something went wrong or it is (still) the best hidden secret in the industry that is not available to almost anyone …

Once more Guy brought our attention to something interesting and even when we have more questions than answers for now, we like those challenges. Thanks a lot, Guy!

Photographer Guy Lucas de Peslouan shares his images and thoughts on the A. Favre & Fils ´Phoenix 10.2 - Pure` - plus some context by ´the eclecticum`

OMEGA: Hands-On with the Speedmaster Moonwatch 321 Platinum
Scroll to top