Shaped watches are always for those with the most eclectic tastes – the Vacheron Constantin Prestige 1972 sits at the apex of this genre, and this not only because of its asymmetric design… 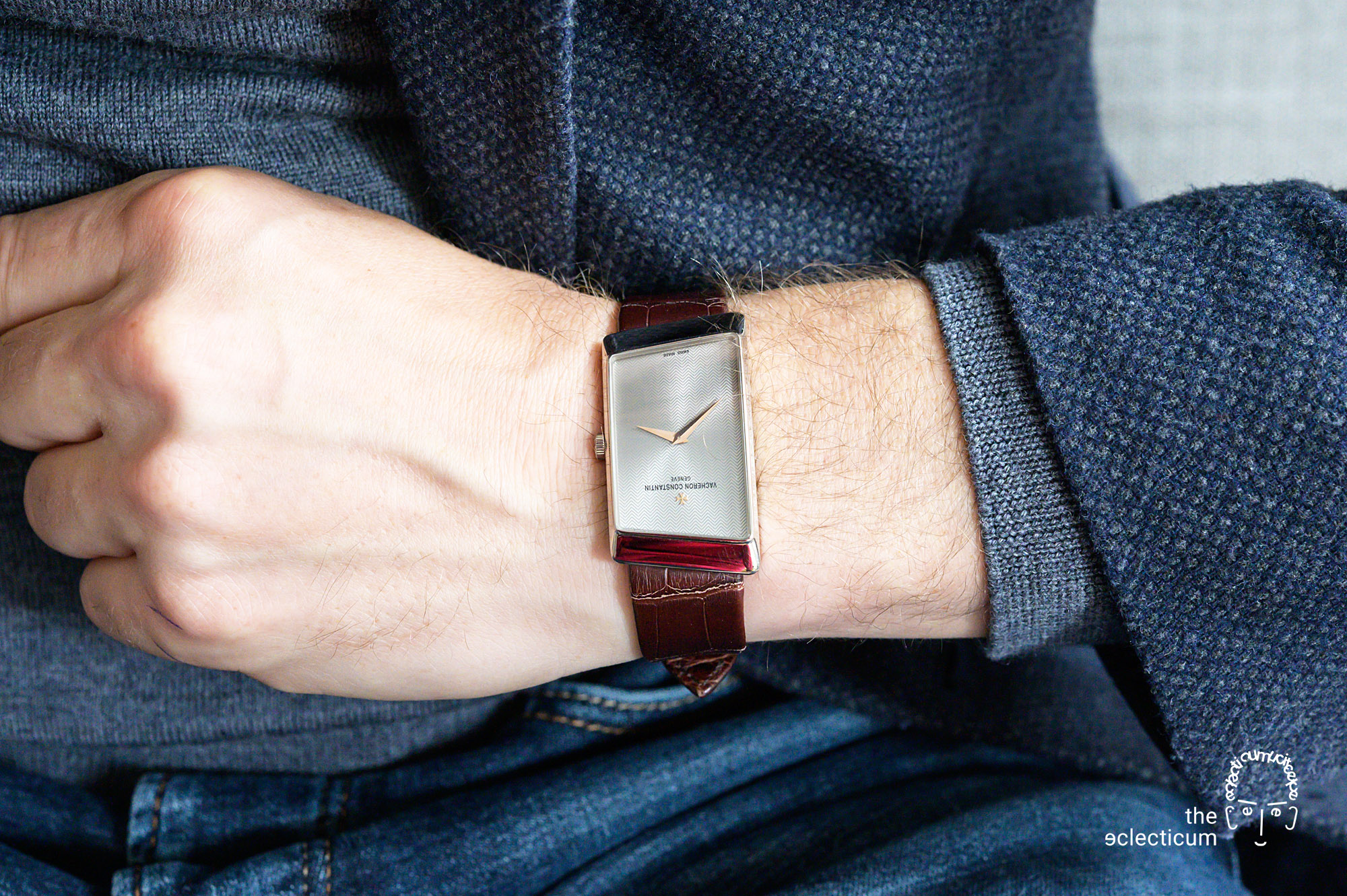 With all the ‘creativity’ ever so often put forward by watch manufacturers one wonders why most watches still come in round cases. Different to pocket watches, though, there’s little more freedom to experiment with shape then for wristwatches. For those collectors who dare to step outside the mainstream, shaped watches offer a fascinating field to build a fine collection and can be found from brands like Cartier, Patek Philippe, Vacheron Constantin and others – occasionally. You just need to hunt them once you are interested – and dare!

Most fascinating if shaped watches are designed asymmetrically such as this Vacheron Constantin Prestige 1972: 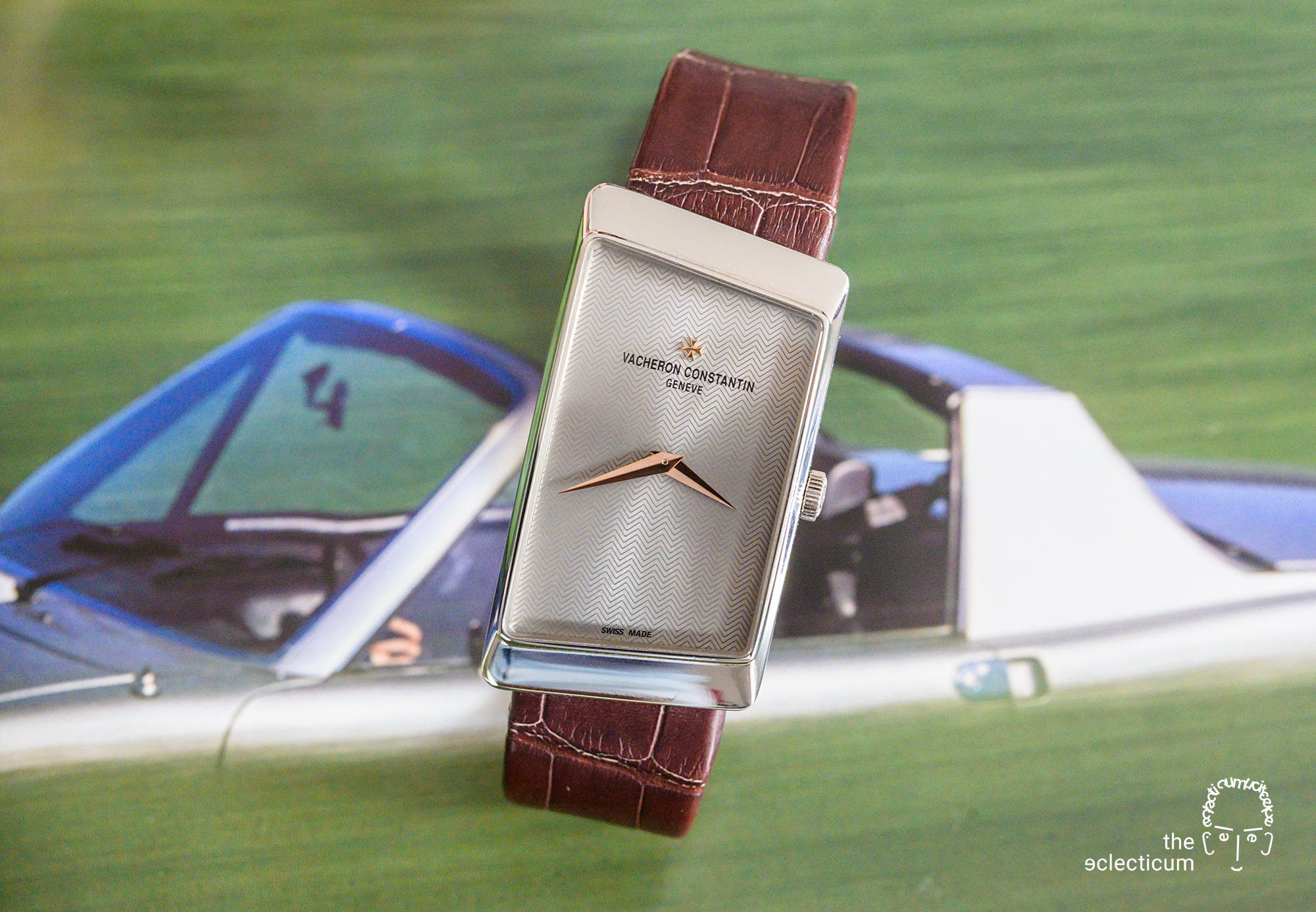 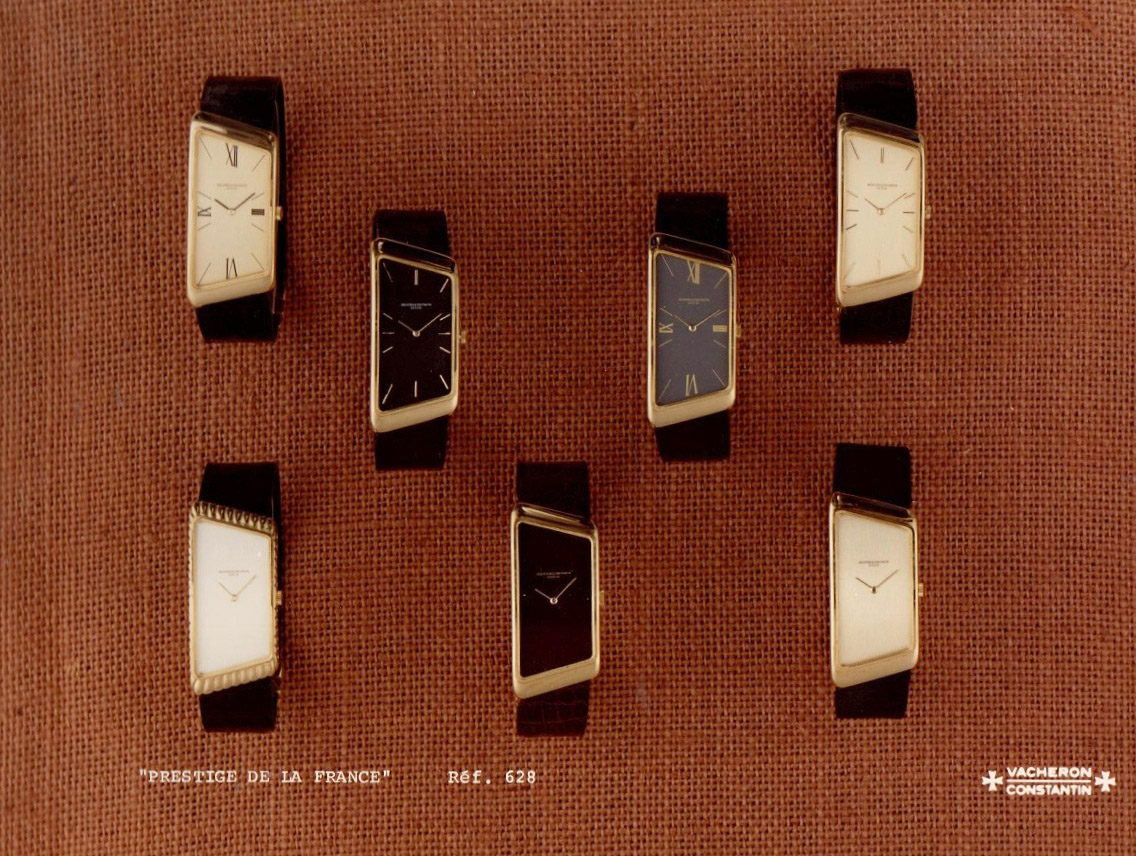 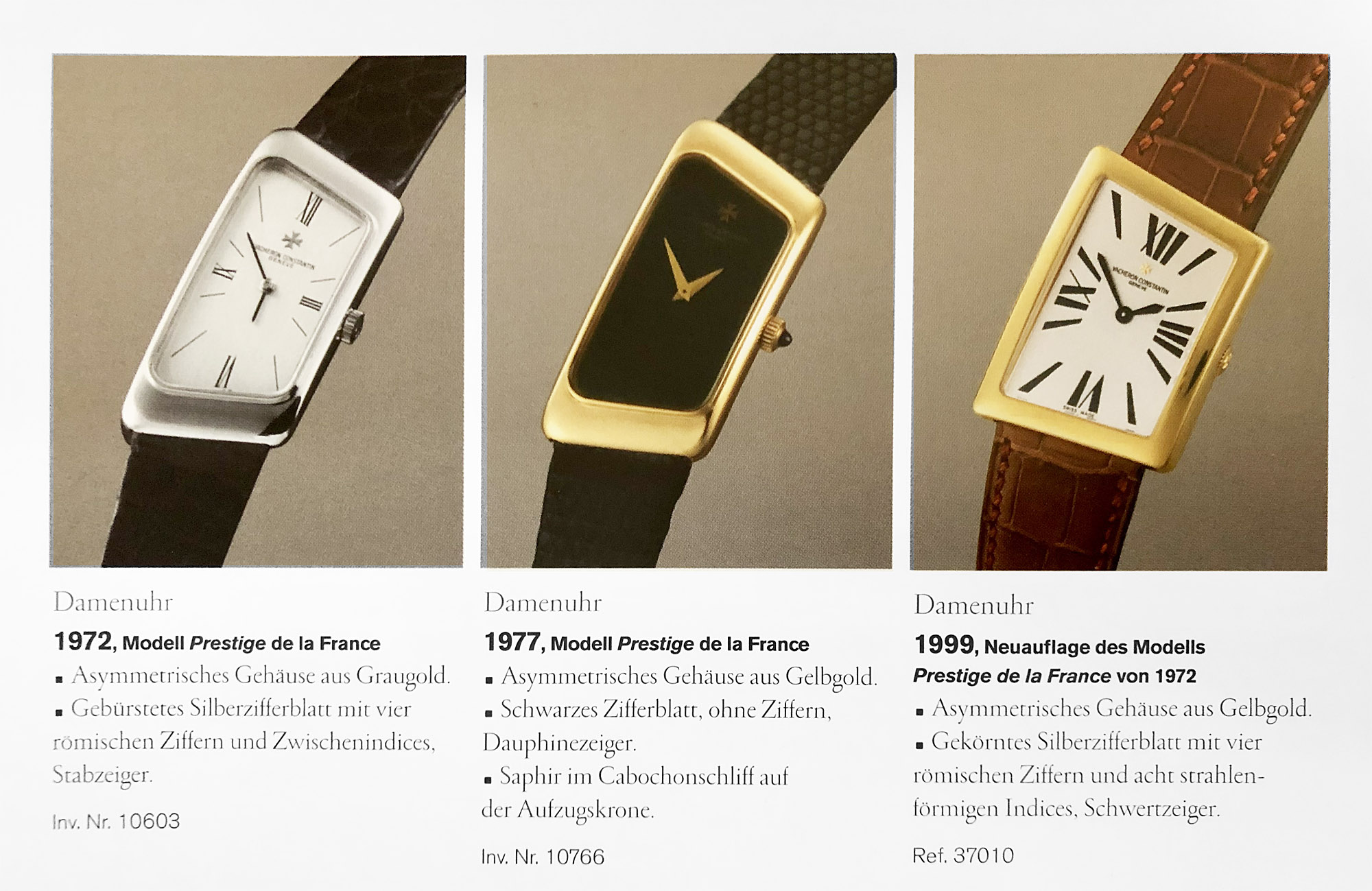 (The ‘Prestige de la France’ watches over the years. Image © Vacheron Constantin) Note that in the above catalogue Vacheron Constantin denotes the ‘Prestige’ as a ladies’ watch (‘Damenuhr’), something we cannot agree to, at all. Just because it is an unusually shaped, design-focused watch? Seriously, there are men with eclectic tastes as well!

On superficial view, this a simple watch: time-only, (mostly) white gold, handwound – but it is the magnificent, curved trapezoid shape with its subtle details and finely devised proportions which make this a masterpiece. The watch also carried the Prestige de la France coat of arms engraved onto it’s caseback. 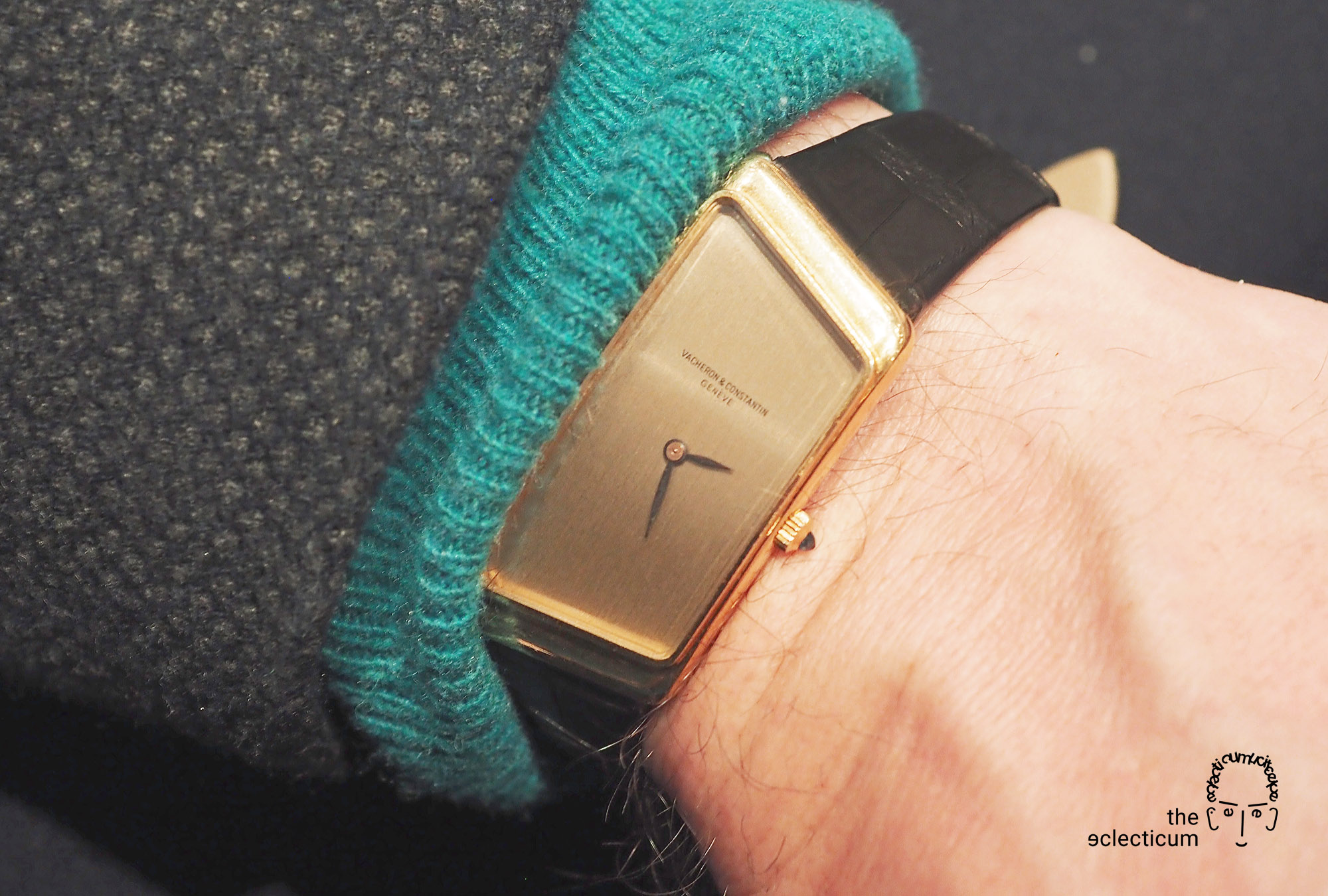 (A 1977 version of the ‘1972 Prestige de la France’ watch from Vacheron Constantin) In 2013 Vacheron Constantin celebrated the opening of the brand’s Paris boutique and opted for a new version of the Ref. 15207 now called the 1972 Prestige (Ref. 33172). The case has been revised and it’s a bit bolder now, the width for example increased from 21 to 25mm. Significantly contributing to the success of the design was that the proportions now follow the principles of the “divine proportion” or “golden ratio“ of  1: 1.618, e.g. the length of the shortest side of the case divided by the width to the case, or longest side of the case divided by the length of the sapphire crystal on the opposite side. This offers exceptionally pleasing harmony in the case. 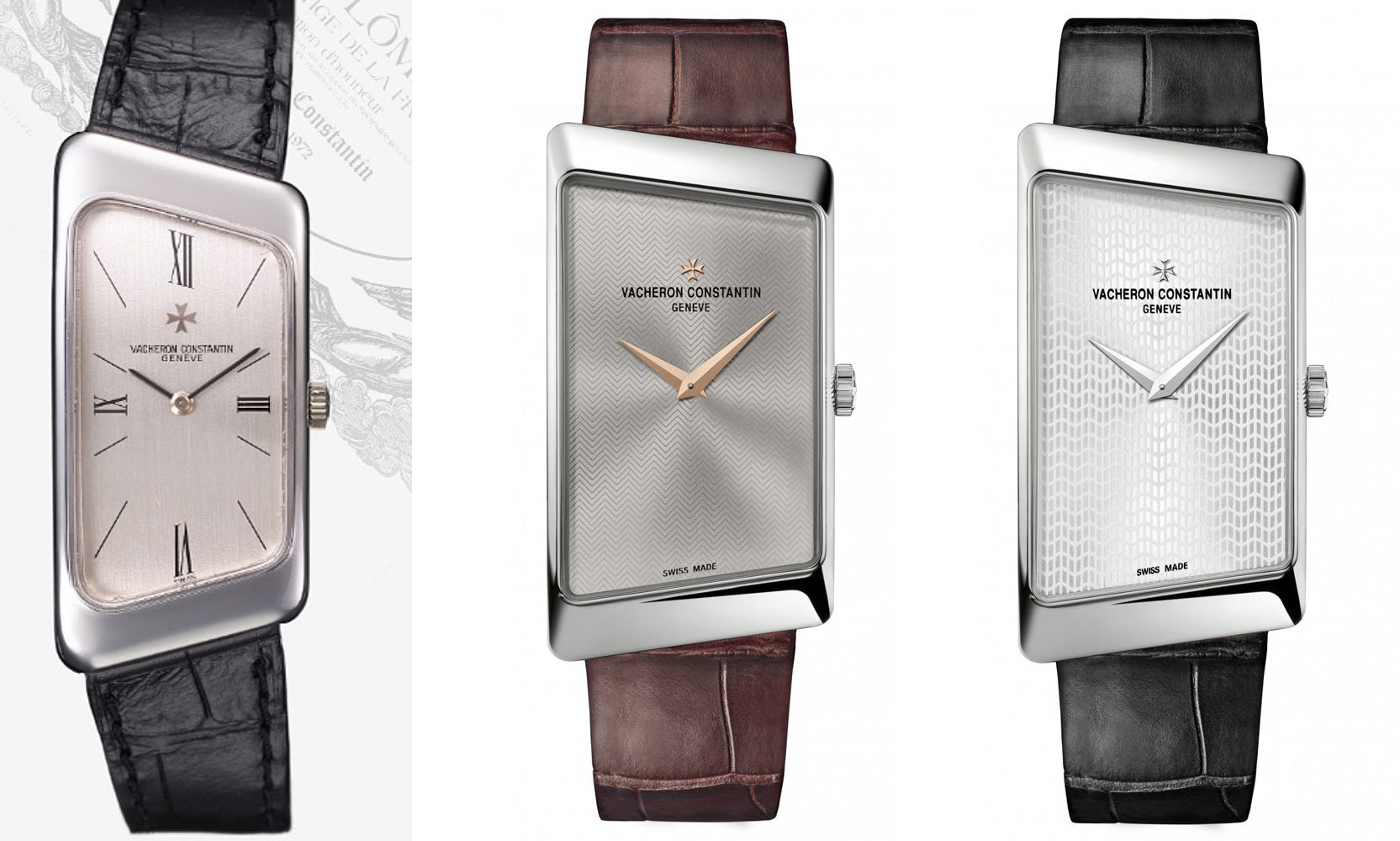 (From left: an original ‘Prestige de la France’ of 1972 and the two 2013 versions, unlimited and the 40-piece edition. Images © Vacheron Constantin) Two versions exist both with the same closed white gold case and printed chevron patterns over a sunburst-finished curved dial, an unlimited one in grey-satin with pink gold hands, and a limited edition of 40 pieces in monochrome silver dial and white gold hands.

The large case allowed Vacheron Constantin to fit a marvel of a movement, the famous Cal. 1003 that is only 1.64mm thick, with bridges made of solid gold and – of course! – signed with the Poinçon de Genève: 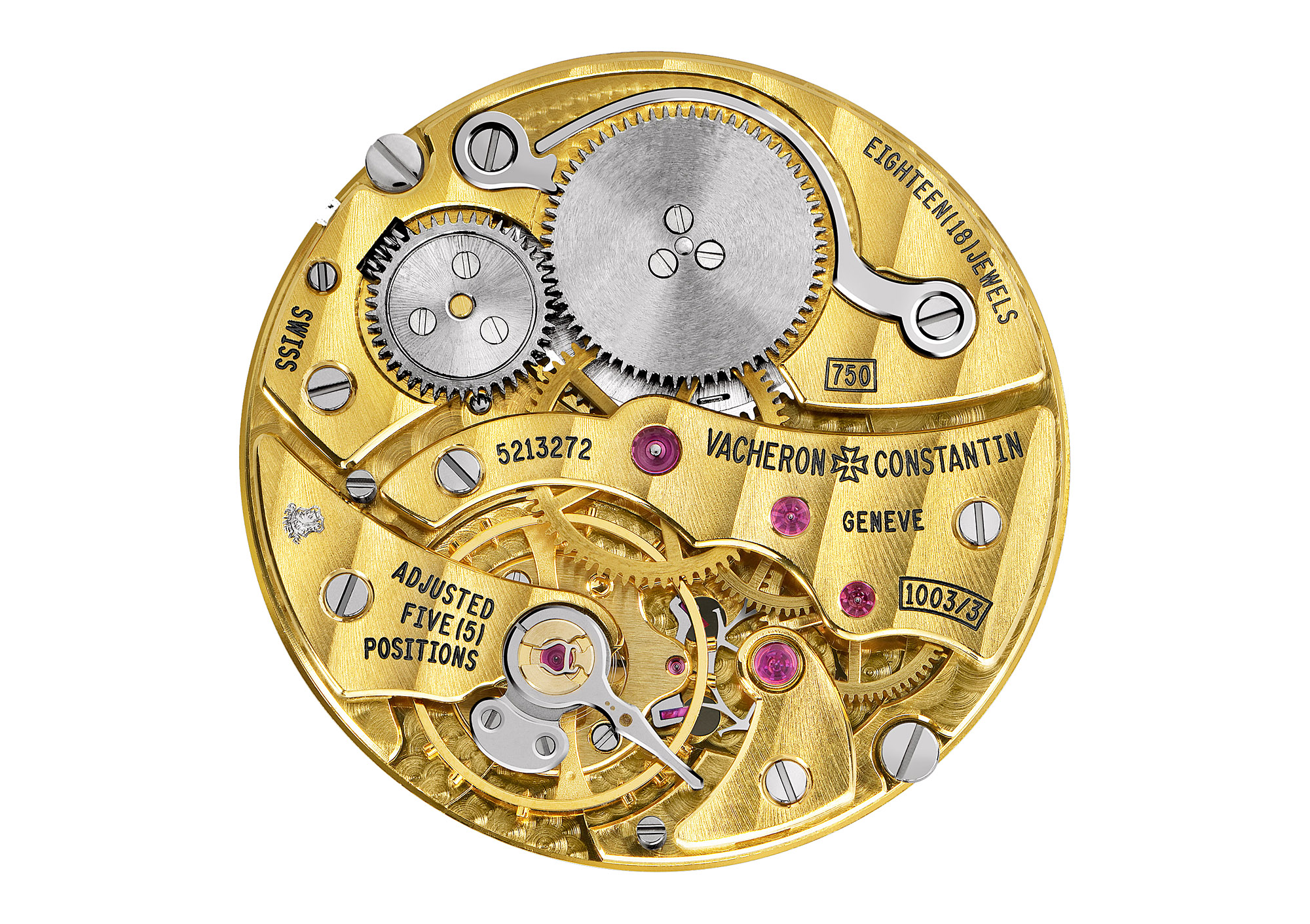 (Image © Vacheron Constantin) With all that said, let’s just enjoy the images we took of @king_moshoeshoe_2’s fine specimen: 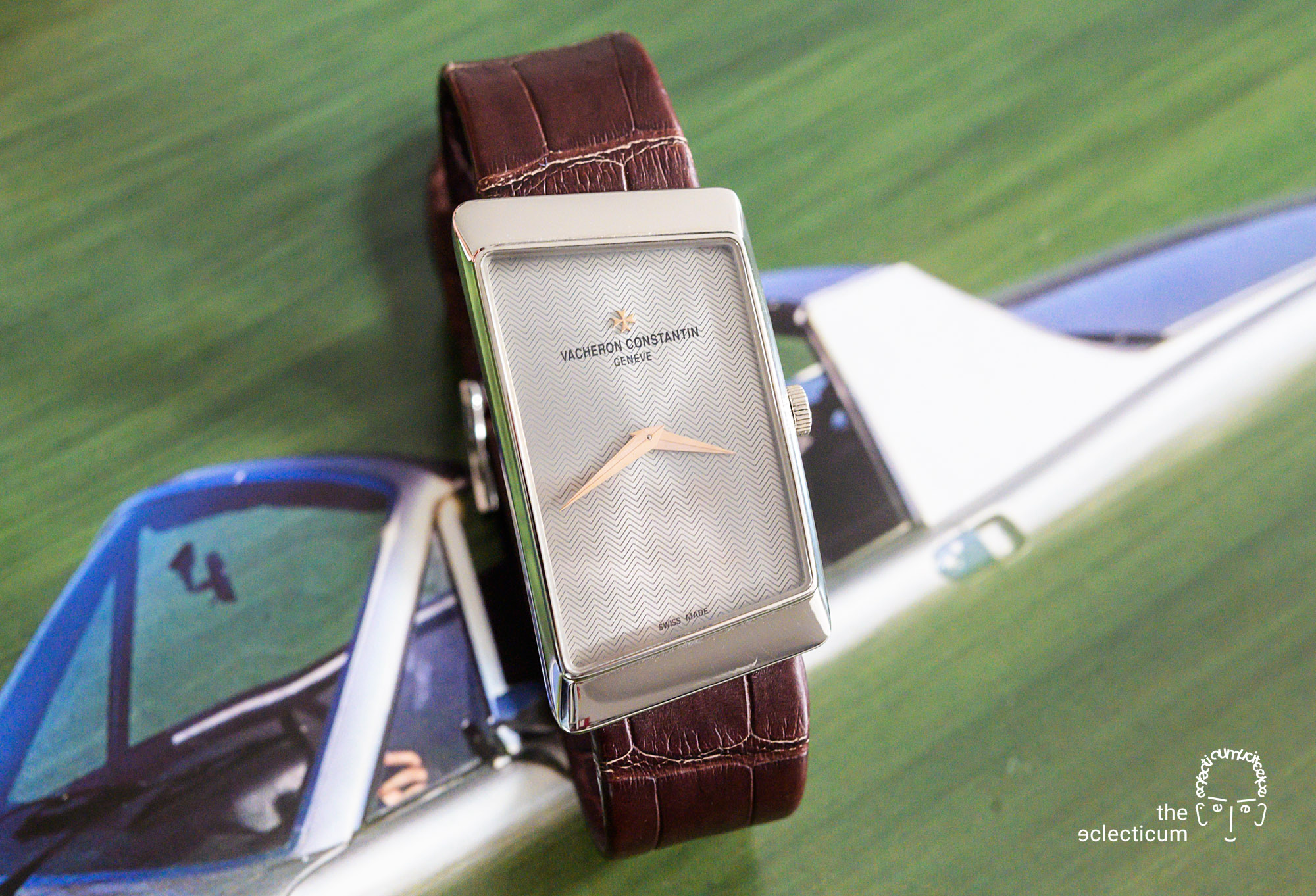 (Harmony can be found in asymmetry, for sure…) 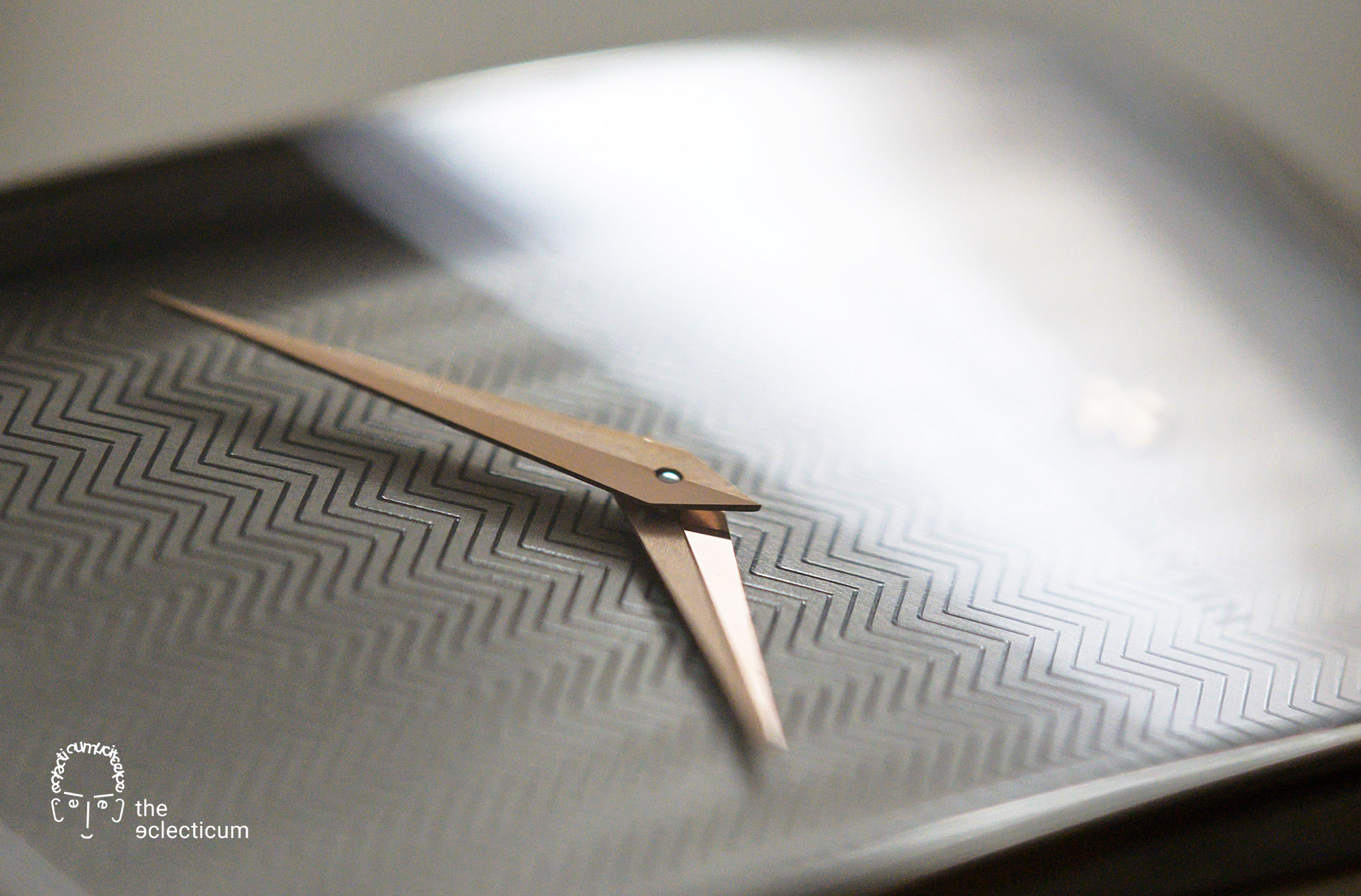 (Note how the chevron pattern on the dial is replicated, vertically, by the shape of the hands) 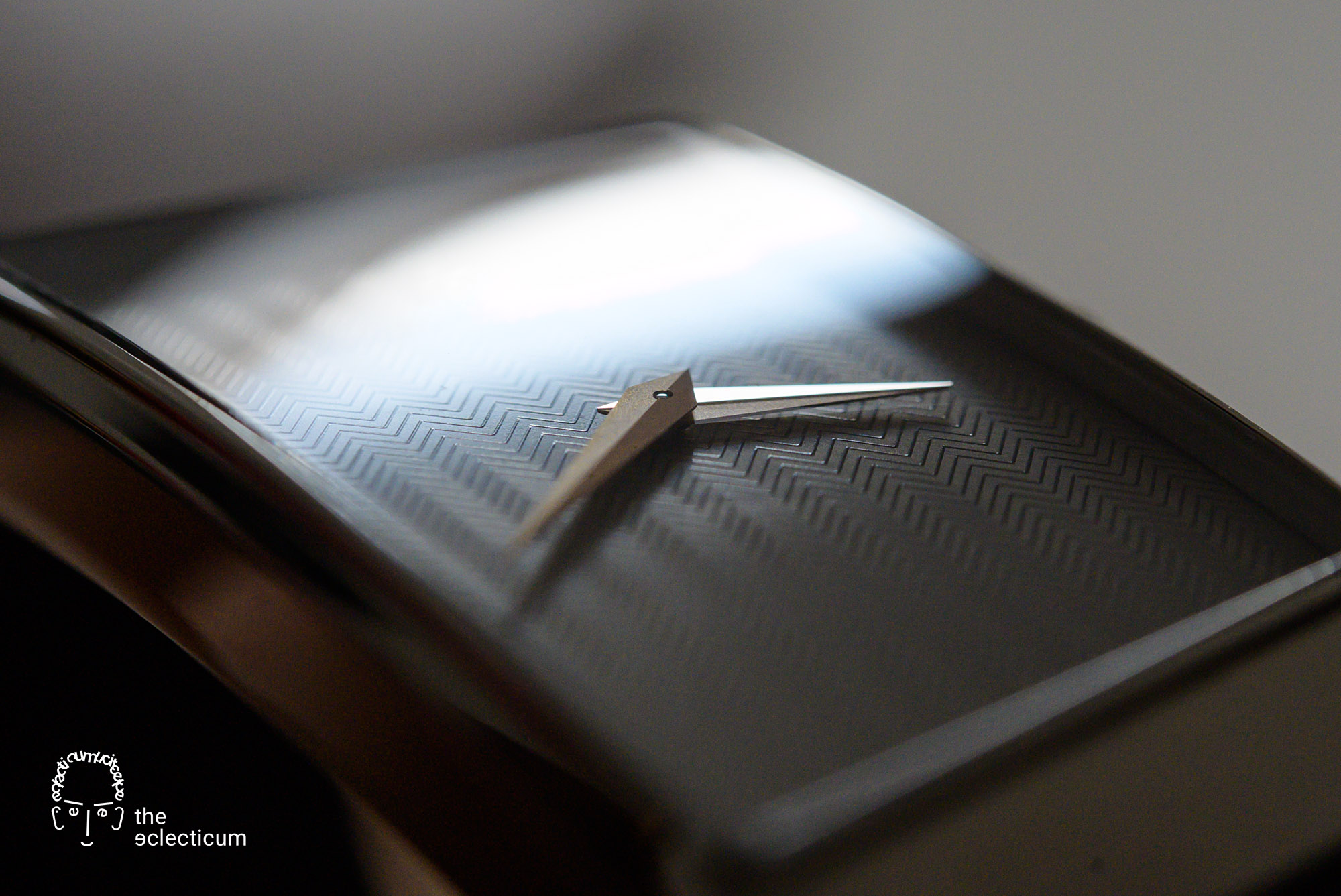 (The hands themsleves are a complicated affair: they look simply polished one the one and matte on the other half, but if you look closely, the matte part is recessed with a sharp cliff to the polished side) 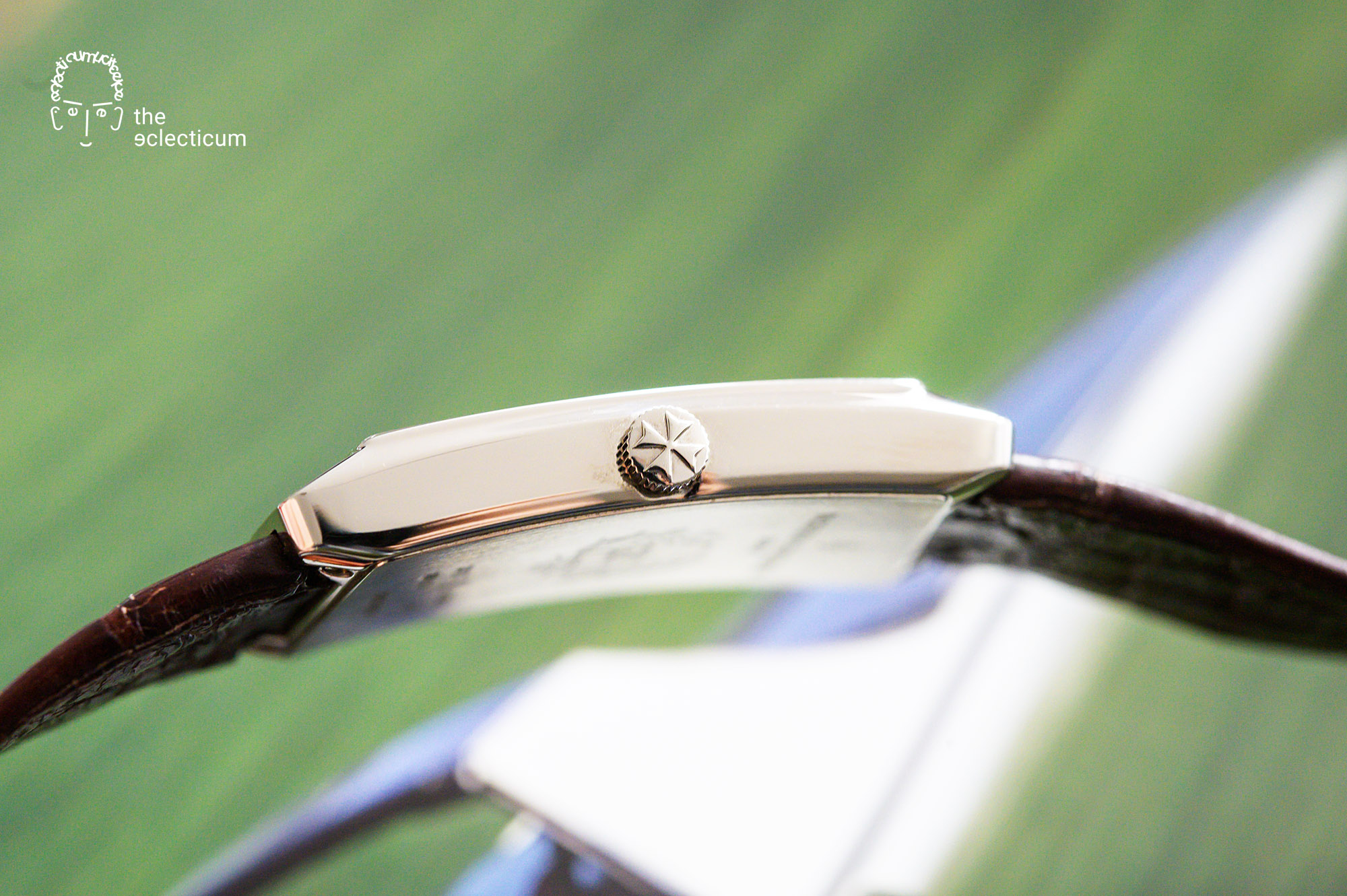 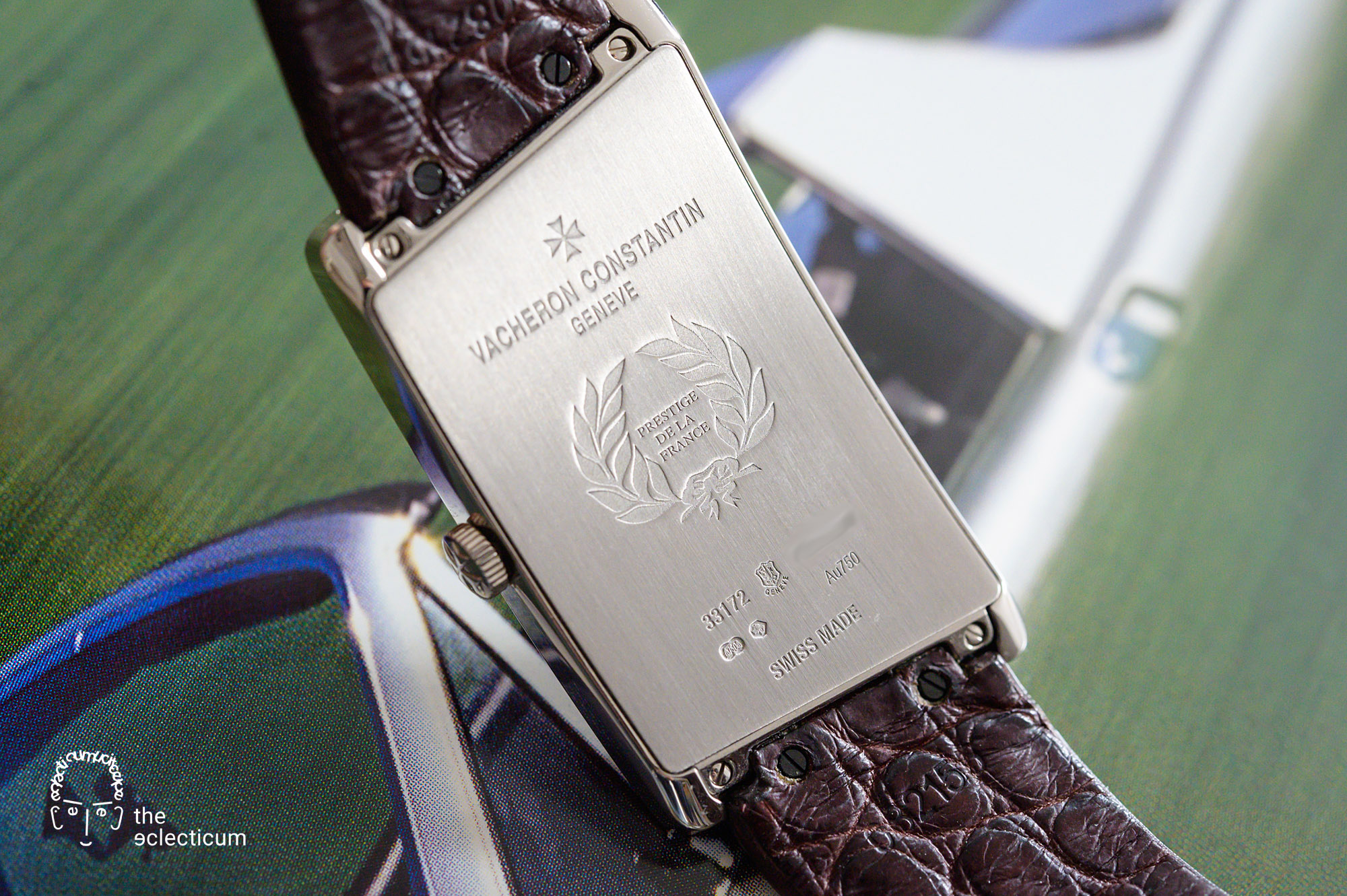 (The ‘Prestige de la France’ coat of arms is prominently engraved on the case back, as is the Poinçon de Genève) For us, there is little else to add than: ‘if you have to ask – it is not for you!’ The watch is a marvel out- and inside, it carries a holistic refinement that one expects from one of the ‘holy trinity’ in watchmaking. It is (by far) not to everyone’s taste, and this for us is a chance for the discerning collector on the one and a testament to excellent on the other side! 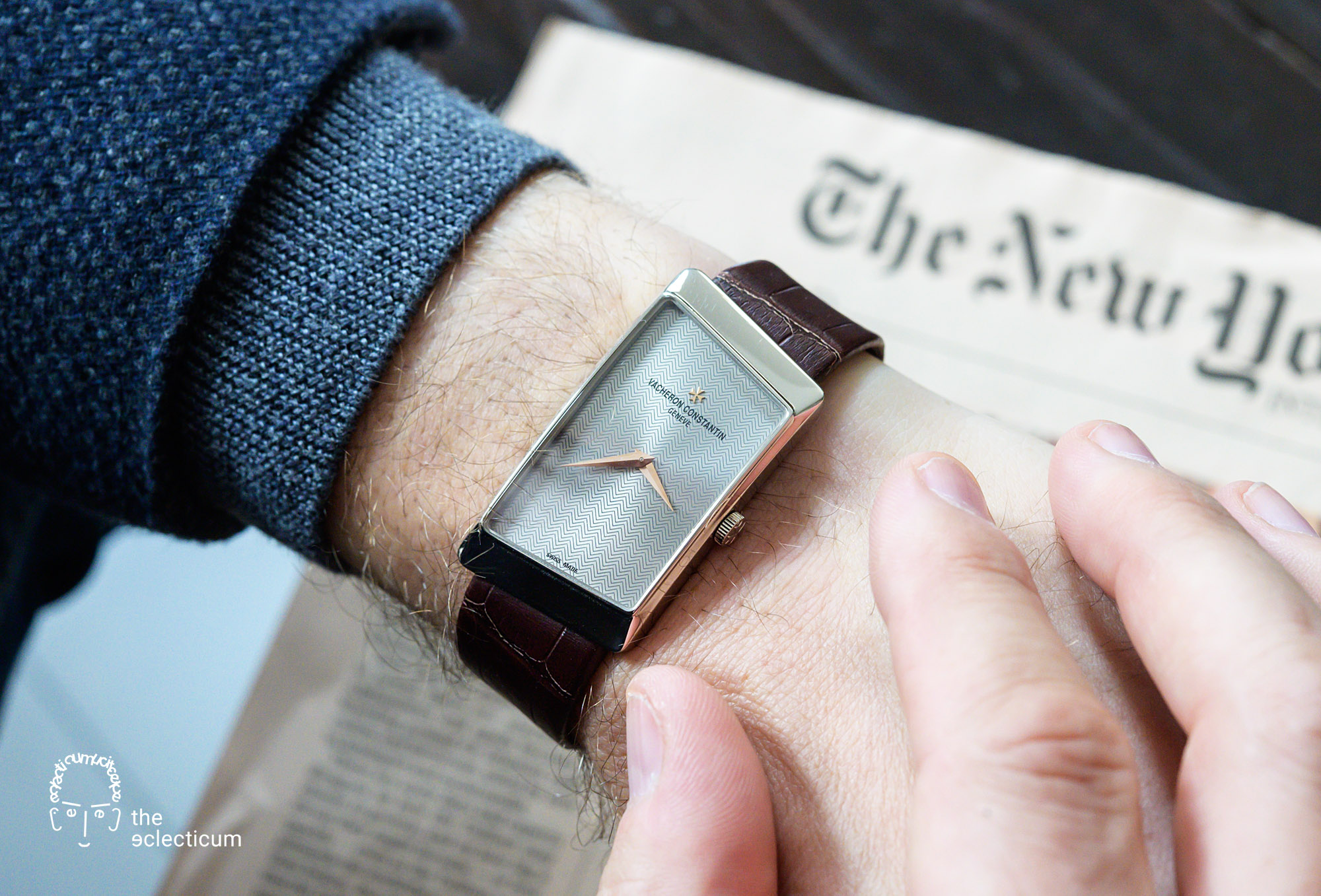