Fabergé – a traditional name famous for gemstones and jewellery, most prominently the Fabergé eggs, has impressed me with its forceful return to the watchmaking world. Visionnaire is the name of their collection of complicated men’s pieces – quite aptly so, since it debuted a number of mechanical masterpieces developed by Jean-Marc, Nicolas and Laurent Wiederrecht of Agenhor.

So, the ambition is high, and delivery accordingly since only 2013. This is all the more astonishing as the watchmaking development team at Fabergé consists of only three people, and this already includes their director, Aurelie Picaud (we featured her in our recent article on women in watchmaking). 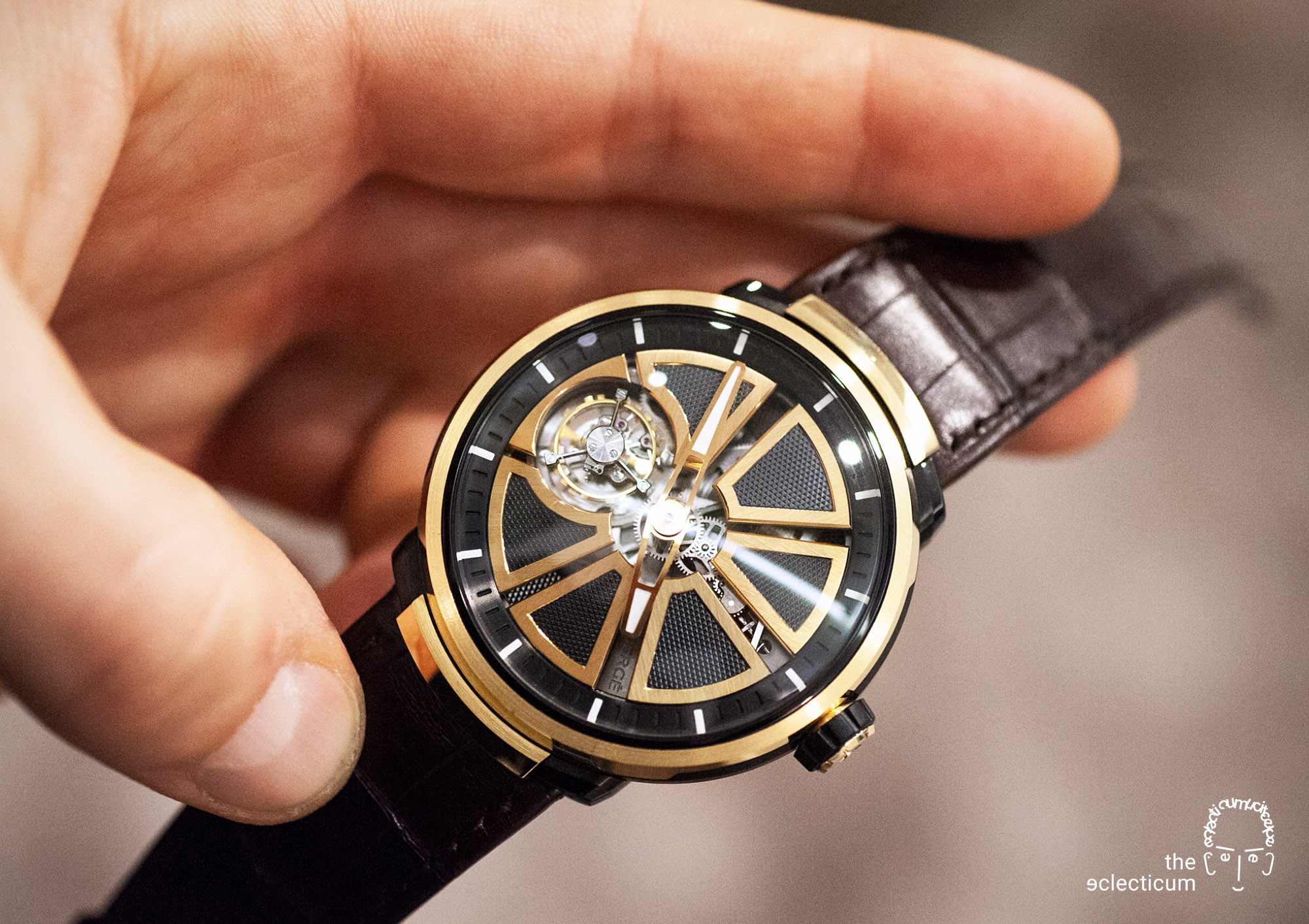 Ms Picaud openly admits that she has not the collectors in mind when creating a timepiece, instead she starts from the rich historical legacy of Fabergé and then creates the watch around such as to highlight aspects of this legacy.

Telling stories, this is the essence. And I think that the inaugurational Visionnaire, the Visionnaire Tourbillon, exemplifies this in a compelling way: 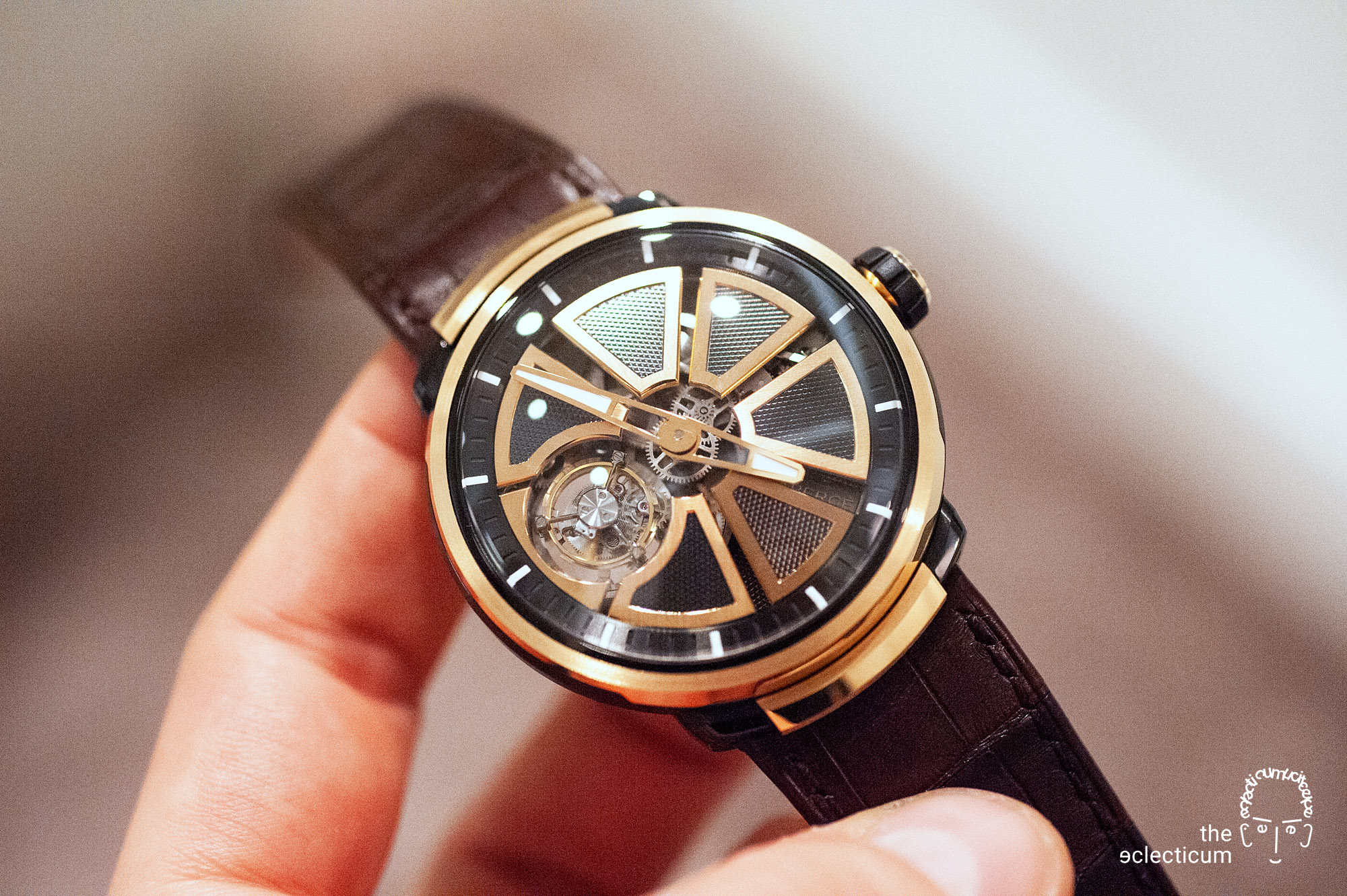 Created together with Renaud & Papi, the complicated watchmaking centre of excellence, the watch shows a flying tourbillon embedded into 6 trapezoids, finely guilloched elements framed golden, partly hiding, partly revealing the mechanism below. The elements, of course, resemble the idiosyncratic opening shells of the Fabergé eggs, which encapsulated a hidden secret or gem – in this case the tourbillon movement.

This all is so artistic, graphical, and charming – for those who know this is typical for the jewellery house, and the makers appeal to the cognoscenti such that they have elected to hide the brand name between two trapezoids: 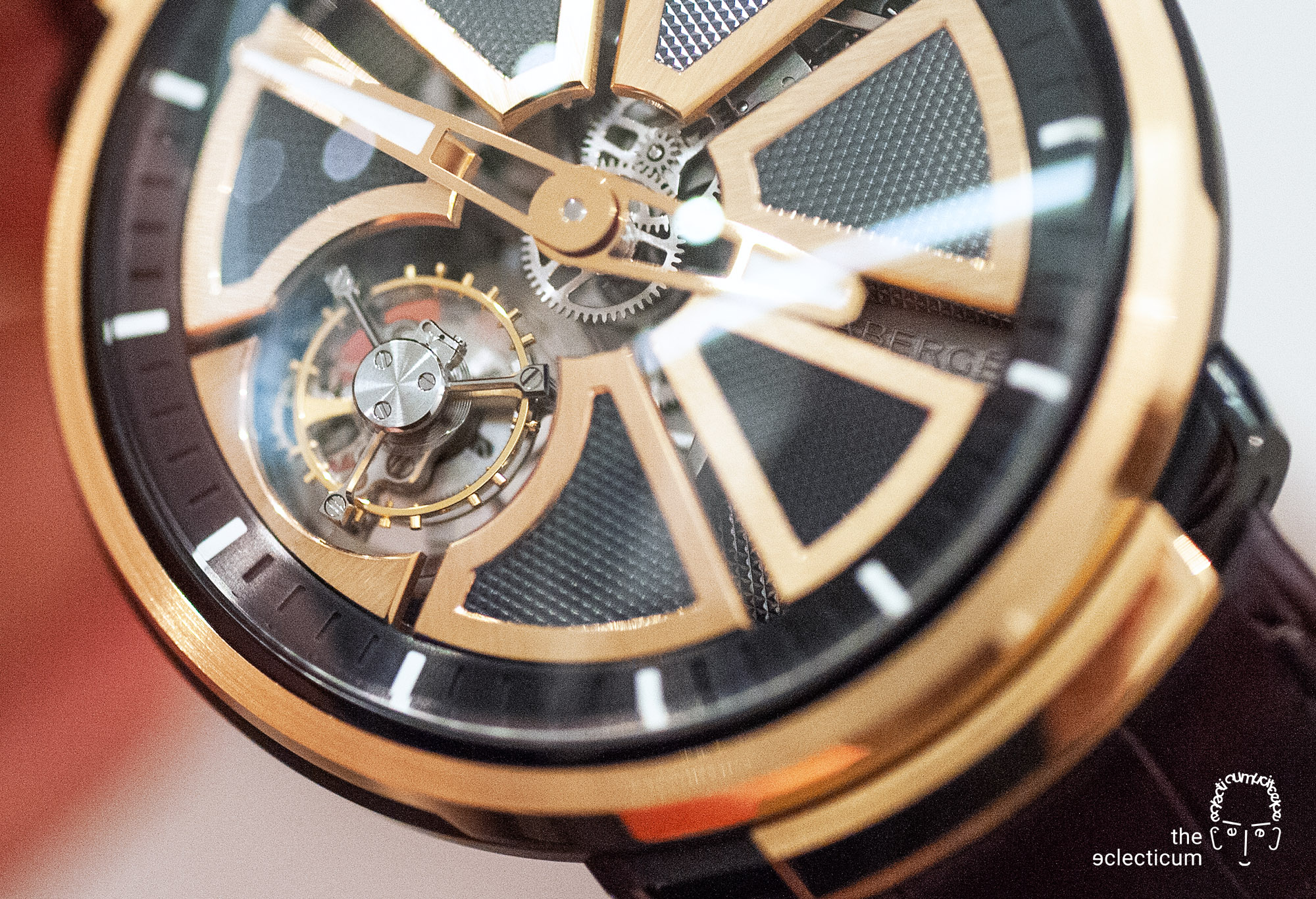 (Dial detail of the Visionnaire Tourbillon, note the hidden Fabergé logo (5 o’clock) and the fine finishing of the trapezoids) On the back, we essentially find just a power reserve indication (72h) and lots of square guillochage on the main plate of the Cal. TOF14: 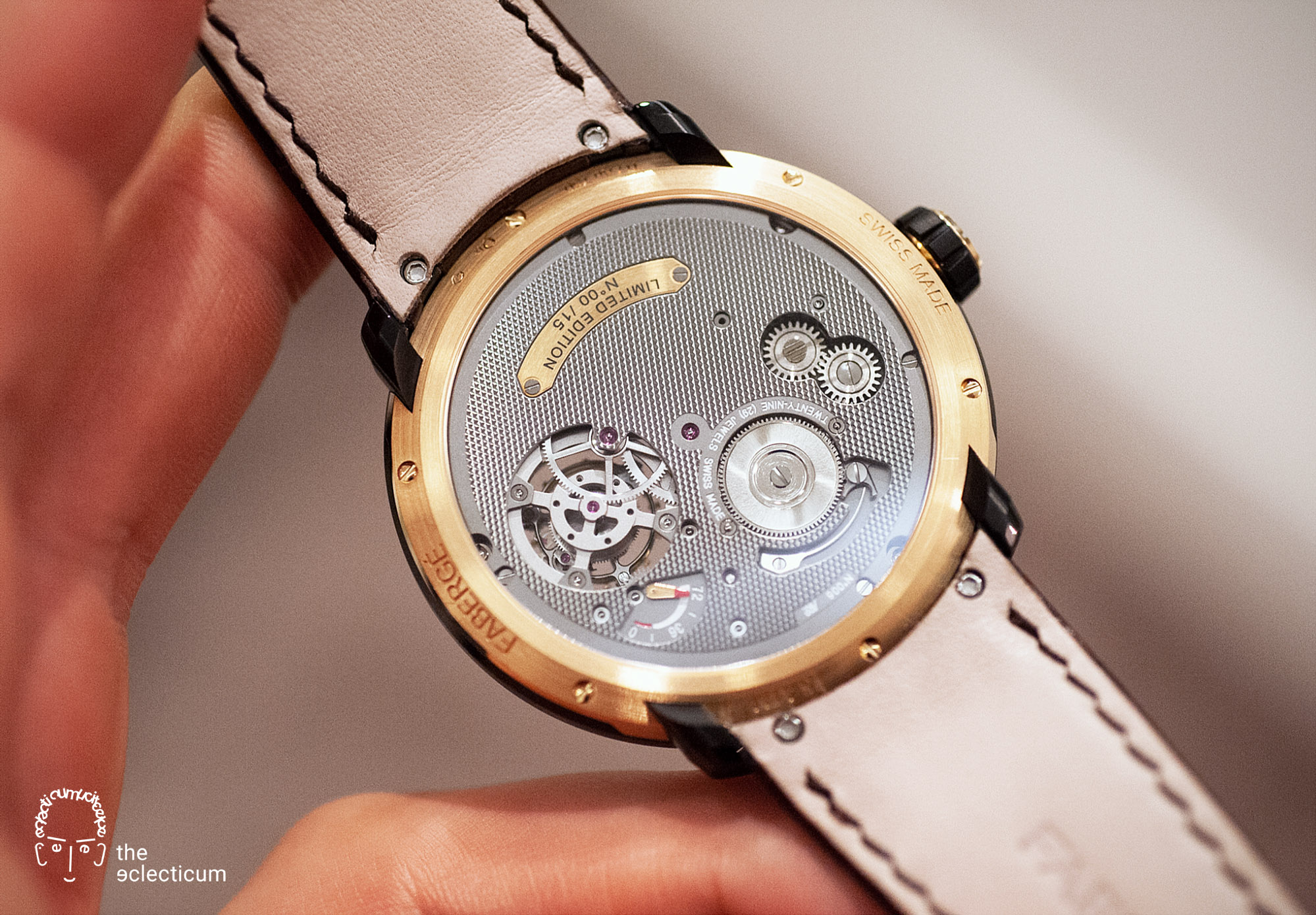 Two versions existed, in rose gold/black DLC as above, as well as in platinum/blue, both in 44mm: 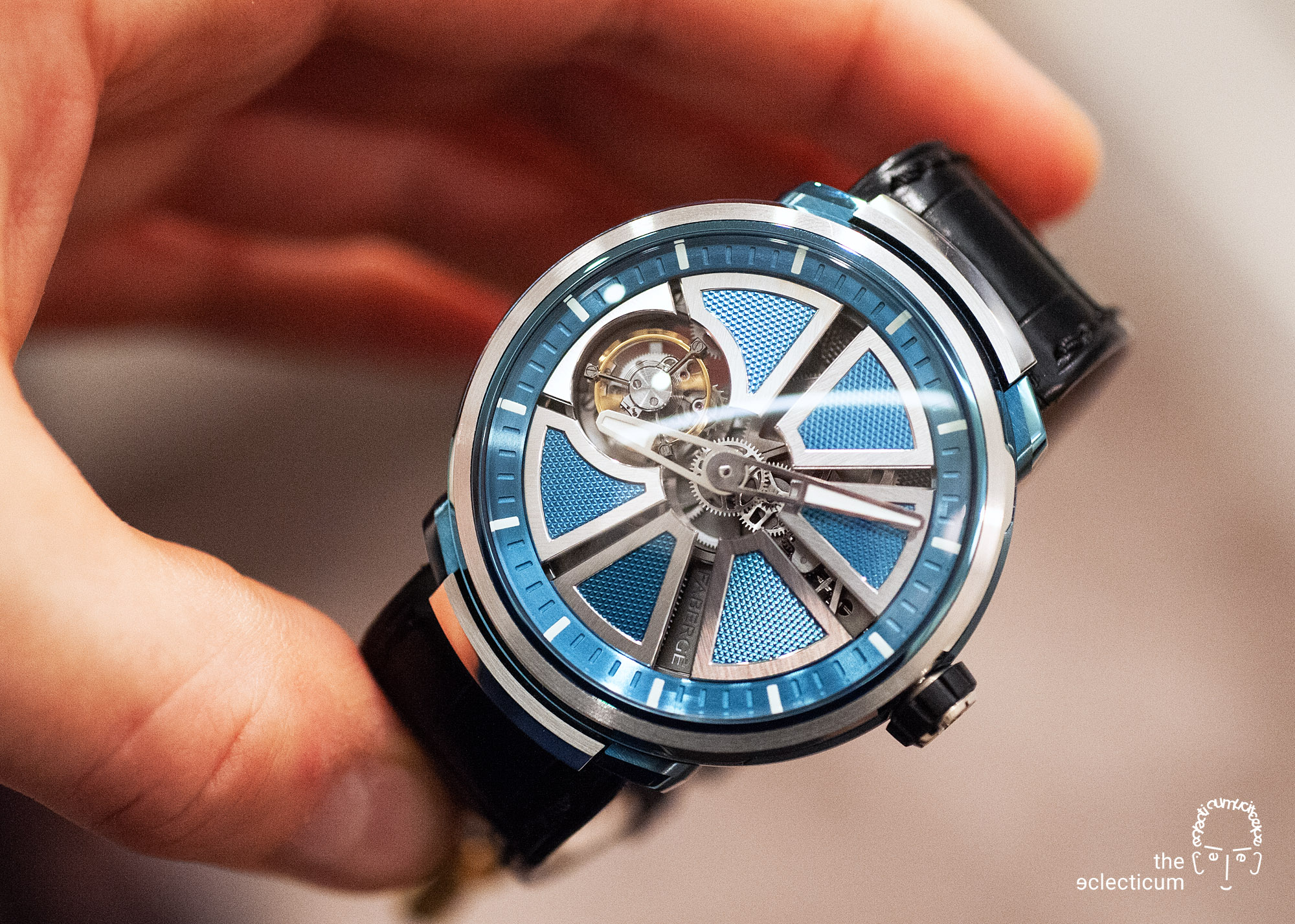 This is not a loud watch, despite its bold elements – quite to the contrary, this is a subtle, an emotional watch, which needs time and leisure to really appreciate. It is a companion best savoured alone, with good music and a drink to match. 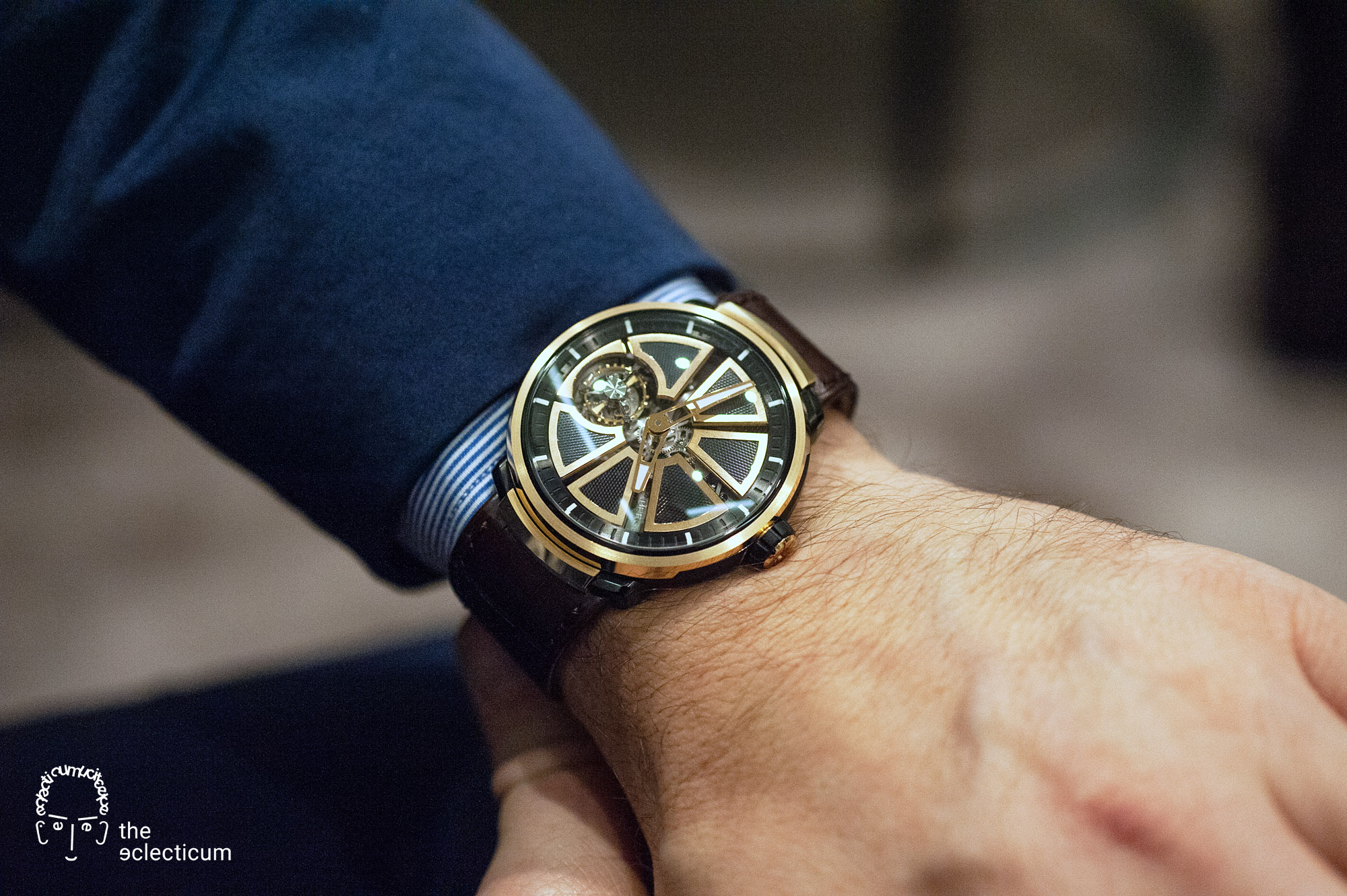 I can imagine an evening just for myself, listening to Vladimir Horowitz’ masterpiece recording of Mussorgsky’s ‘Pictures at an Exhibition’ from 1951. 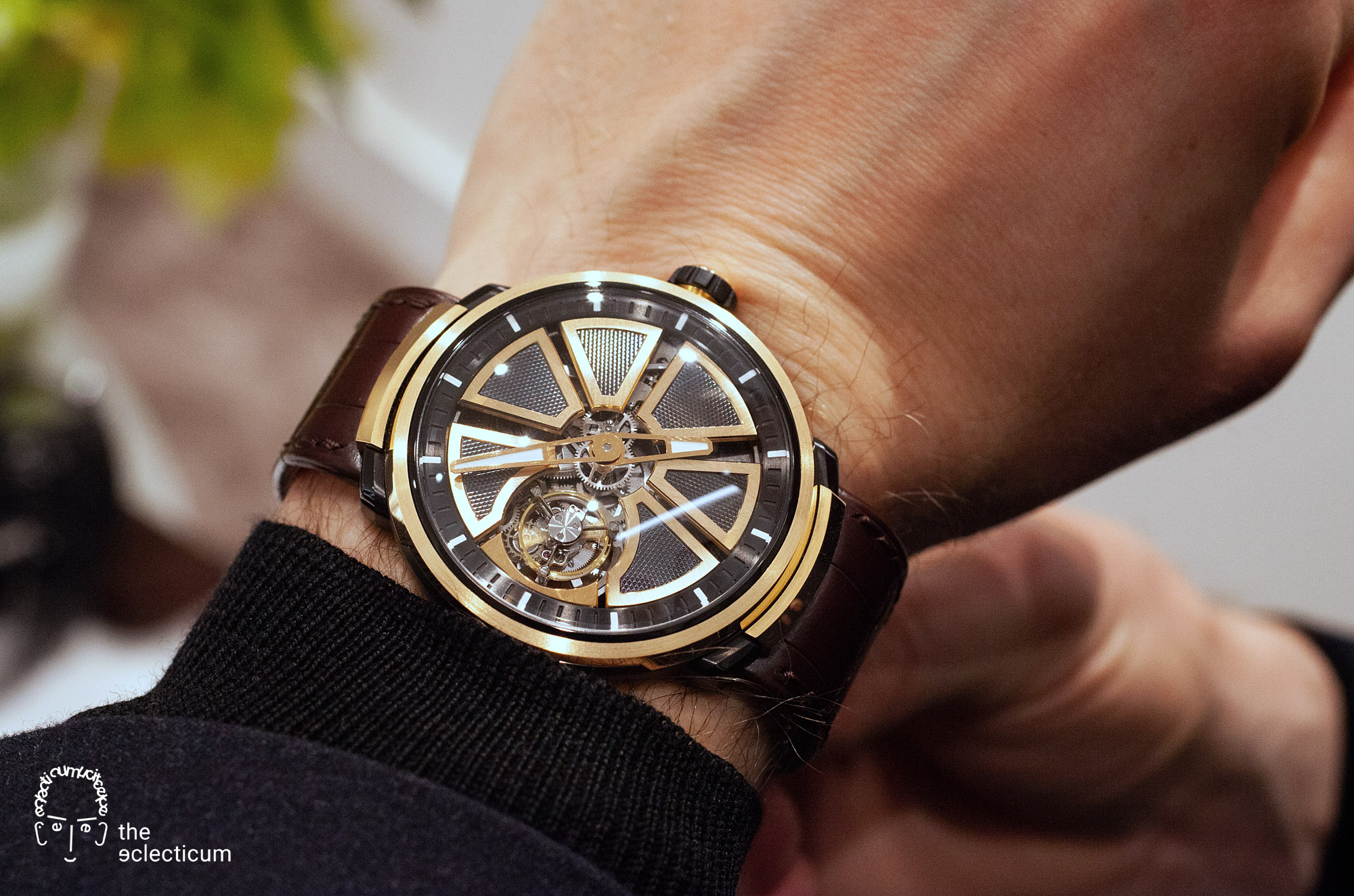 The ‘Pictures’ themselves are a musical narration of a visit Mussorgsky paid to an exhibition of a late friend of him, casting the various scenes and emotions into music.

The Visionnaire Tourbillon attempts the same for Fabergé, and invites the wearer to follow into a rich history or arts and crafts. 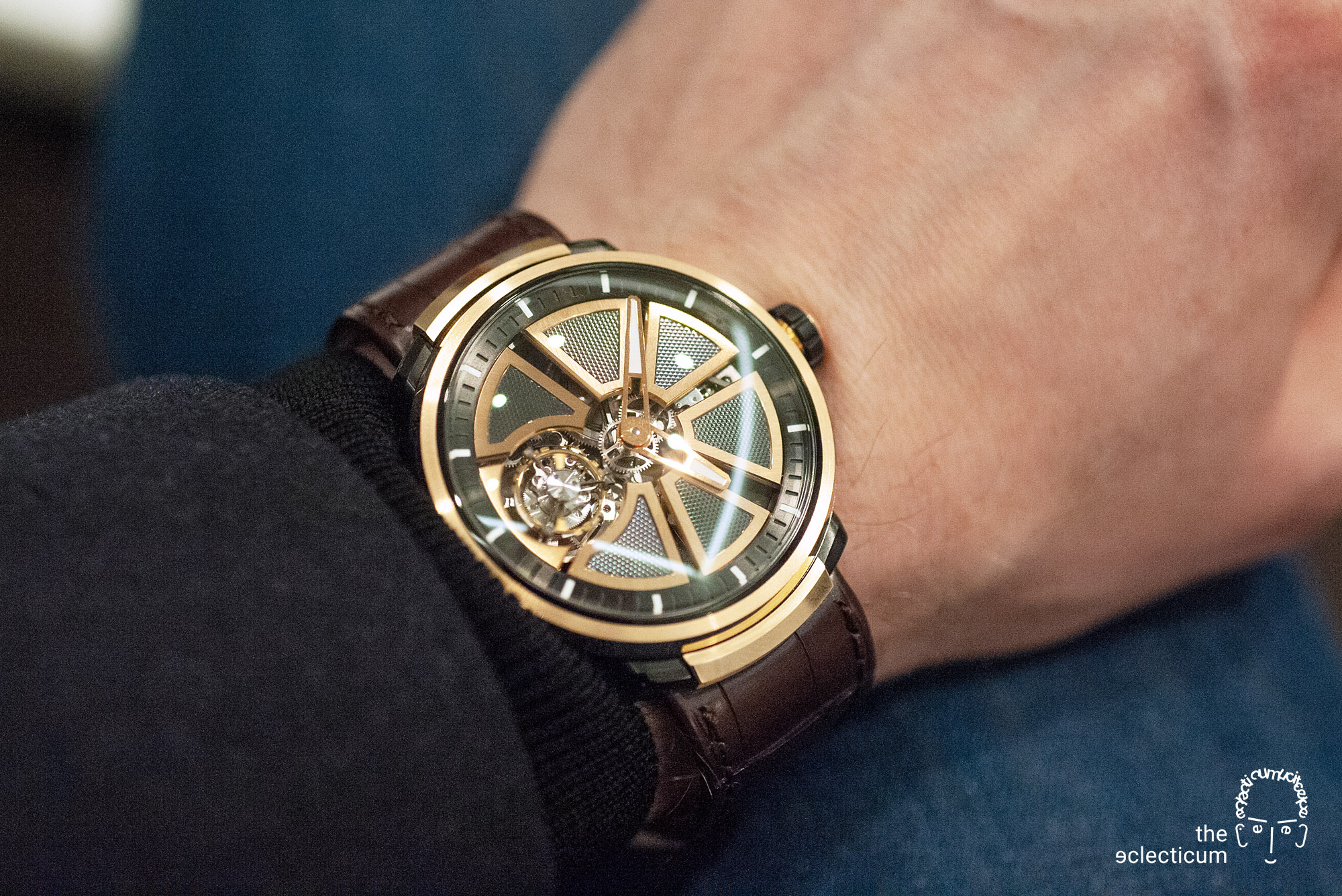 “… I played everything wrong, except that I found the emotional climate of the piece—l found the spiritual essence. That’s what you have to look for first.”

Sometimes it pays out to look aside the common paths!

Delights from the Antiquorum Auction in Hong Kong on 10 May 2020 – with a...
Scroll to top