Some snapshots and brief thoughts about the ´Logical One – Byzantine` (unique piece) from Romain Gauthier, a masterpiece on many levels showcasing several crafts at their best. 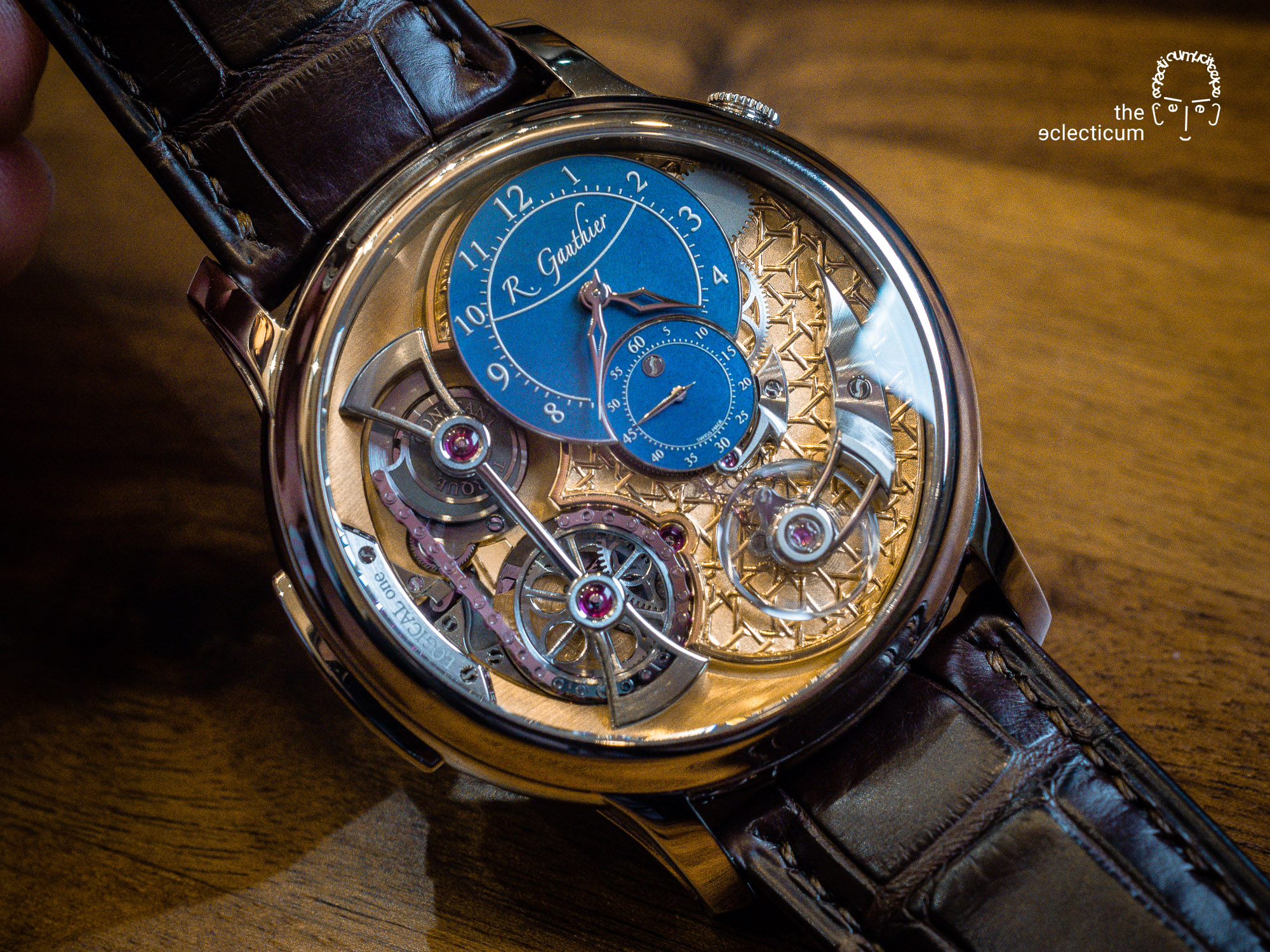 “Piece unique” – one hundred hours of hand-engraving, inspired by oriental motifs, on the yellow gold base plate. Dial special made by the famous enameller Anita Porchet. 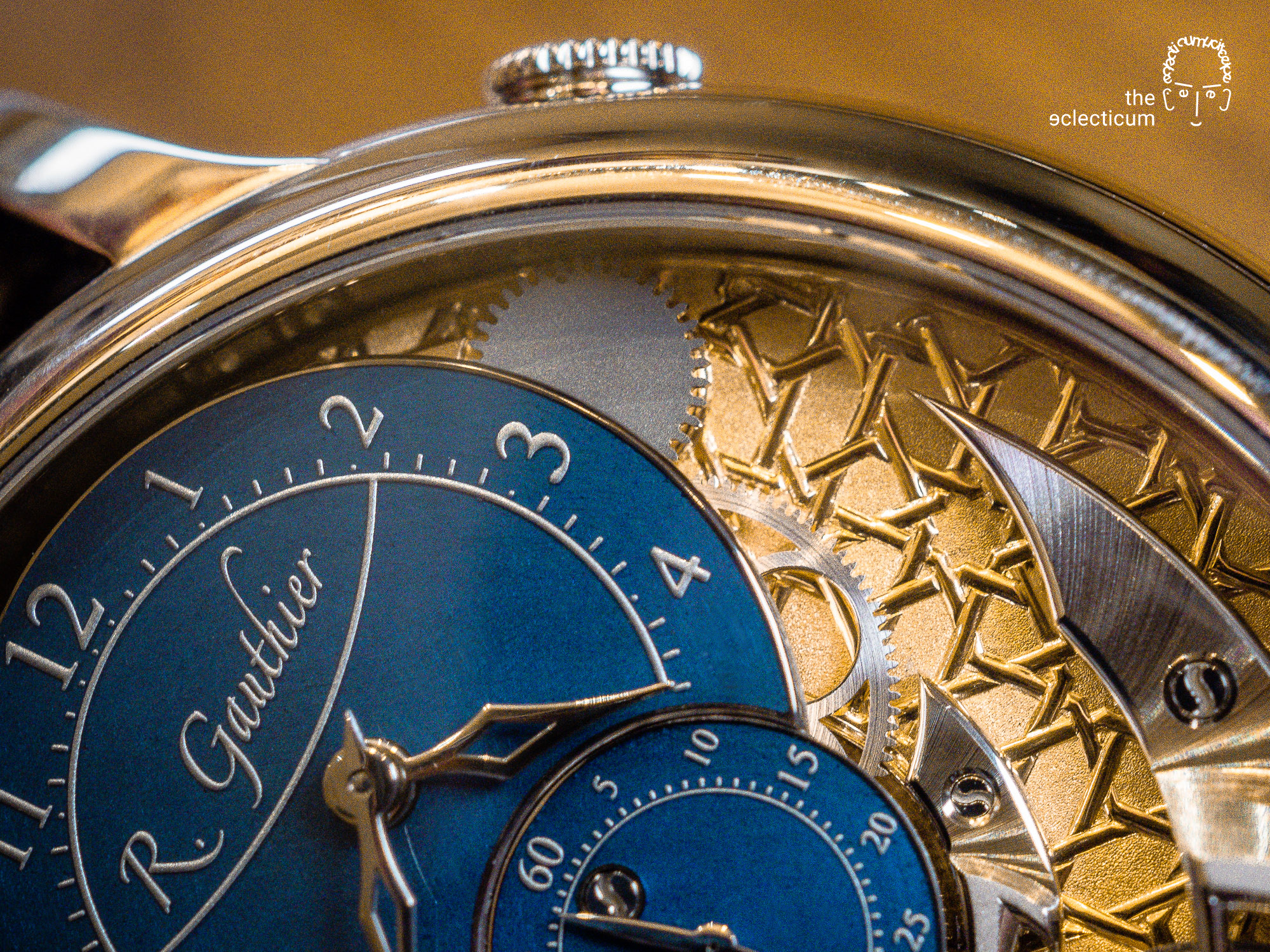 The (first) ´Logical One` was launched in 2013 and got some attention (e.g. awarded with the ´Men´s Complication Watch Prize` at the Grand Prix d´Horlogerie de Genève 2013) to say the least – for good reasons. Iterations we have already seen quite a few and it´s interesting to see how different (in style) those can be.

The movement represents a modern interpretation of a fusee et chain to deliver constant-force to the escapement. 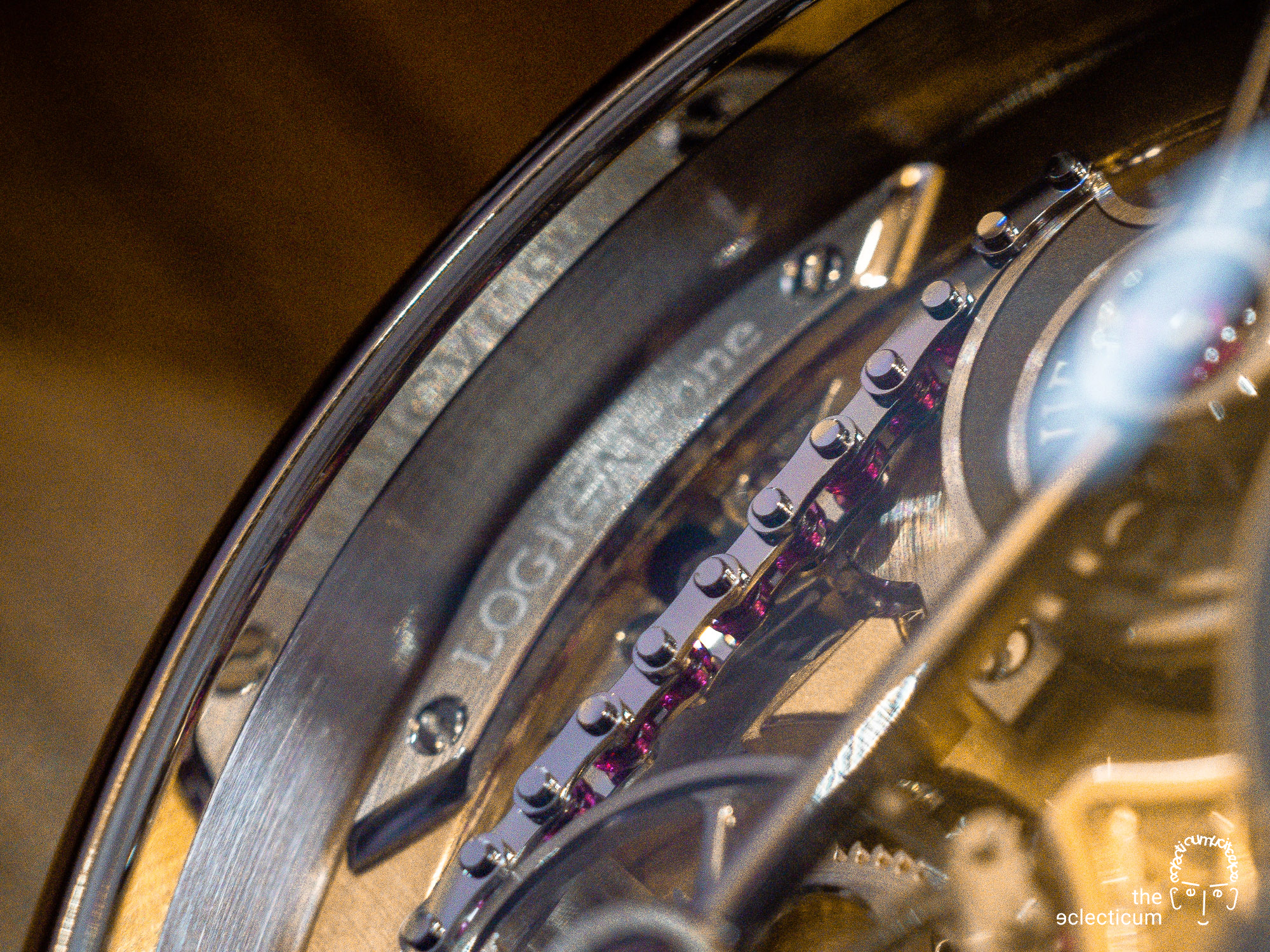 A friction-minimising ruby-link chain, snail cam and sapphire-lined mainspring barrel to offer nearly two days of constant force, while the lovely device is on top entirely visible on the front. 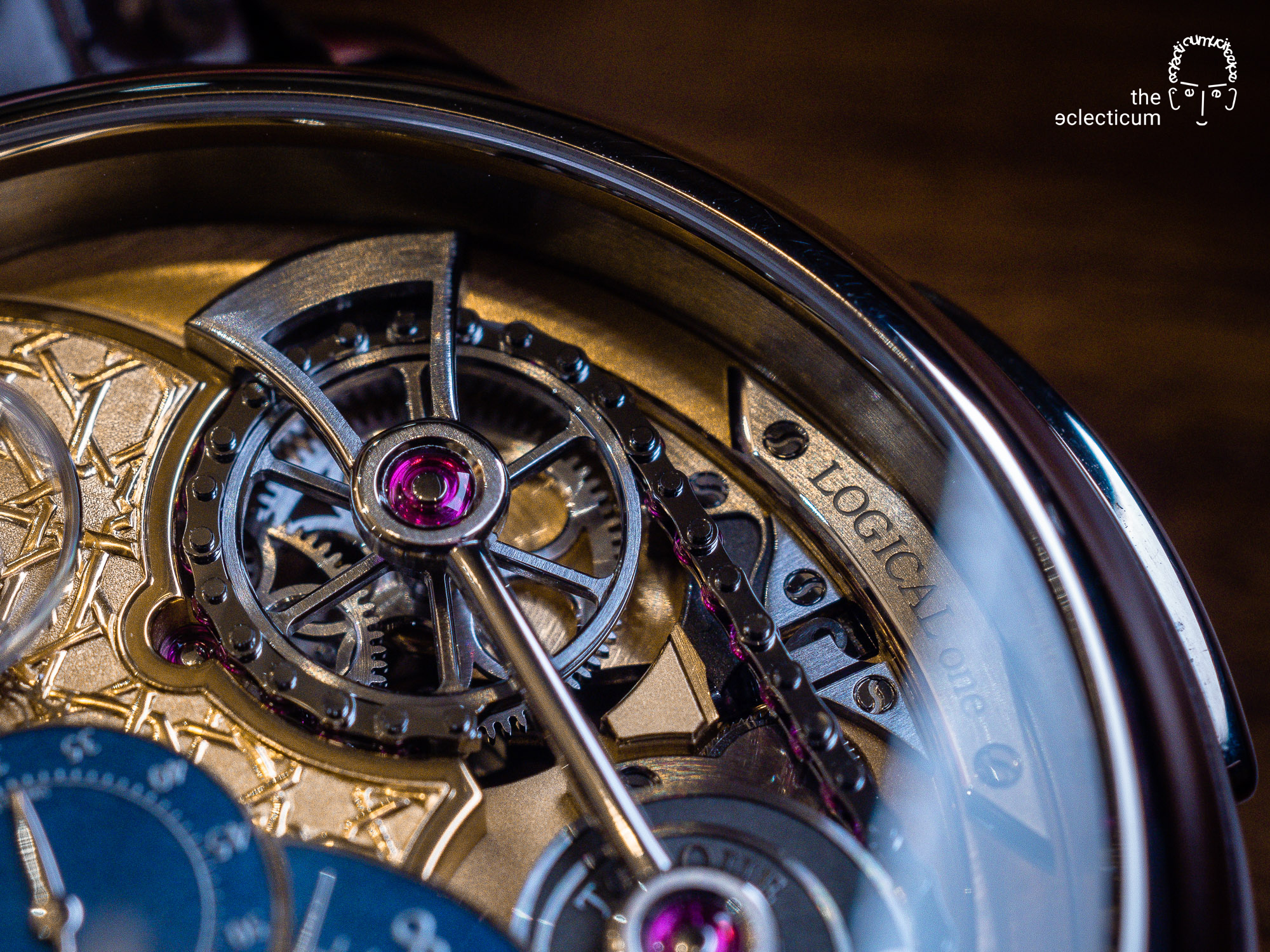 It´s (technically) as impressive as it is beautiful to look at – even or especially in the detail. Just take your time and study the finishing … the different ones all working together nicely. 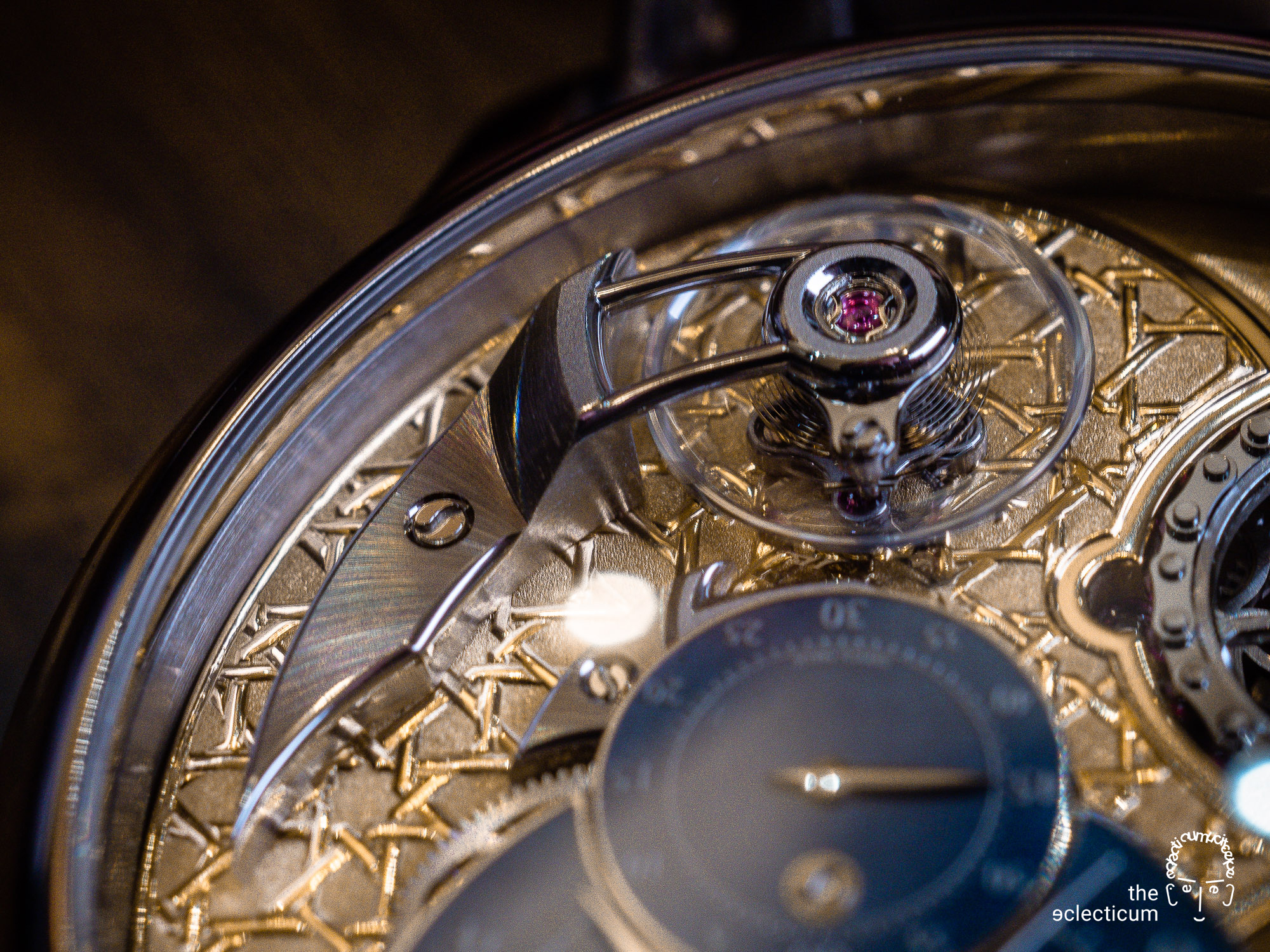 The backside doesn´t disappoint as well and shows the same level of attention to the all-over design approach. Quite consistent! 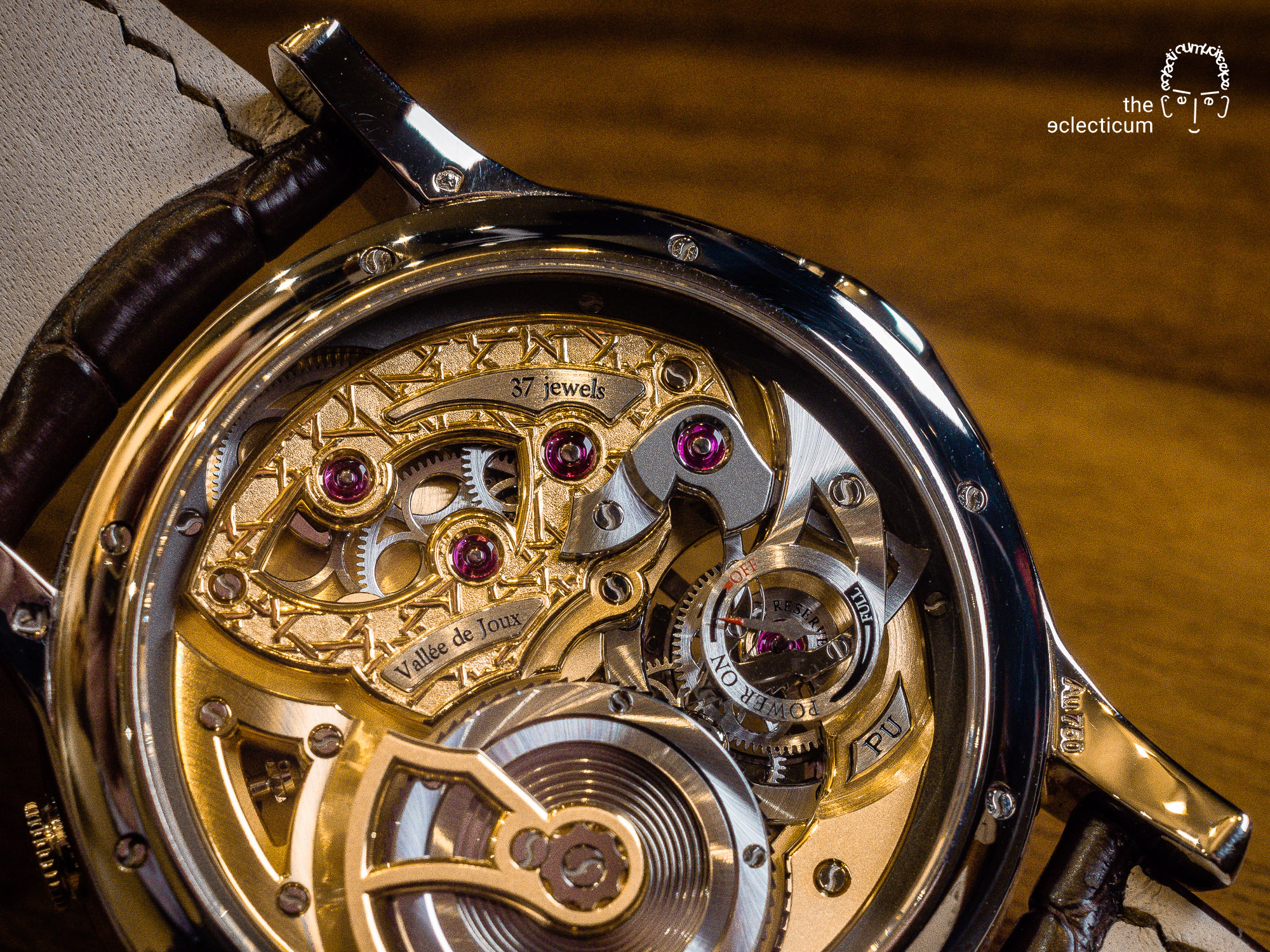 It´s a feast for the eyes, but it´s not for everyone. If one falls for it, I could understand this decision – may it be just love or even an investment into the collection. The latter came to my mind because it reminds me to some (special) pieces from FP Journe … The Logical One – even the simplest one – is far from being cheap but looking at competitors it is reasonable priced for what it is. The ´Byzantine´ asks for a solid premium, but for good reasons. Just think about the unbelieveable amount of (additional) working hours, by ´artists` – none of those having a chance to get wealthy. In my book it is collectible if it fits your context and budget.