OMEGA supplied the probably most un-secret secret agent, James Bond 007, with mission-approved watches for 25 years now – always OMEGA Seamasters. The newest one for the 25th ‘No Time to Die’ episode, stands out amongst them with its military-grade specifications, making it, in my opinion, the first really credible of them so far: 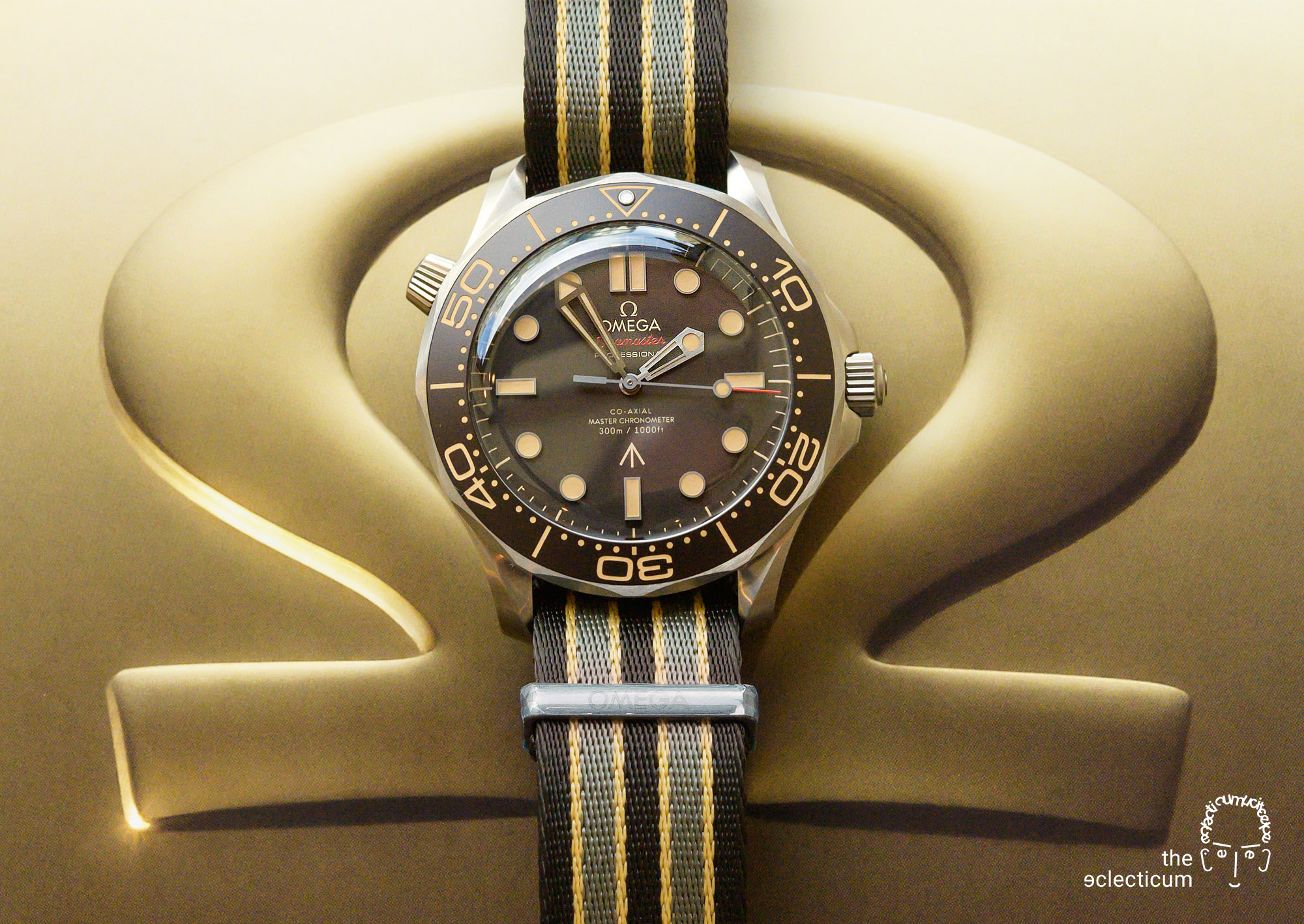 The OMEGA Seamaster James Bond editions were exemplary implementations of mainstream co-branding marketing ideas: Take a popular watch model, modify it a bit and co-brand it with an equally popular movie figure. The spy called ‘James Bond’ was a particularly efficient partner as he has the military credentials (the tough double-0 image), class (being an unfailingly elegant gentleman) and speaks to the dreams of many men (‘them girls…).

OMEGA has fully exploited the envelope of the James Bond partnership: initially, the spy was given production Seamasters, while the first special edition James Bond watch was a Seamaster 300M Chronometer for the ‘Die Another Day’ movie in 2002. From there on we saw more or less obviously branded watches, with at times gaudy ‘007’ design elements, from dial engravings, ‘007’ seconds hand counterweights to imaginary Bond family coat of arms. 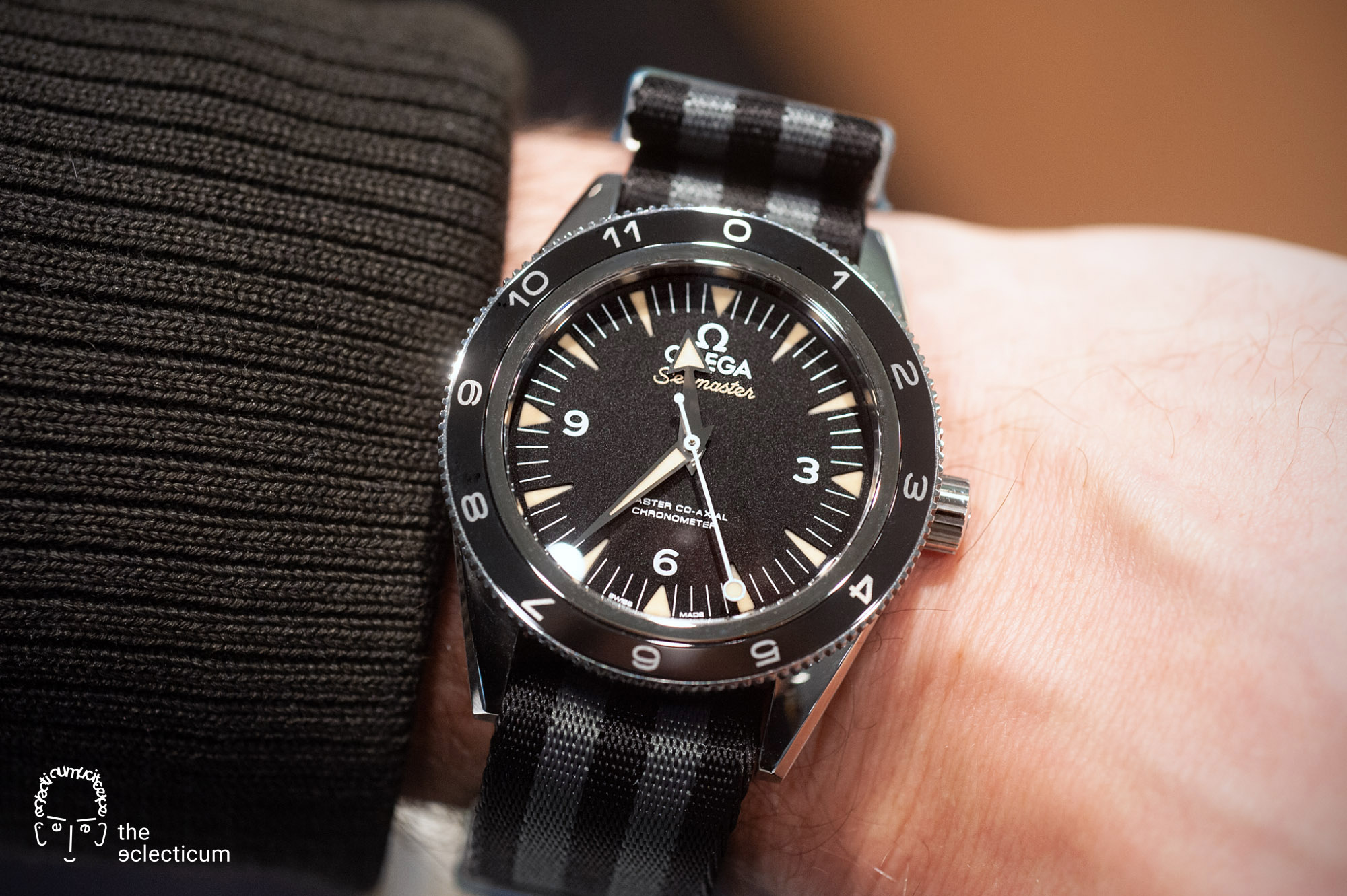 So far so easy, but if it comes to appreciate the watches things get tricky – there are those who deeply love the ‘James Bond factor’ (see in the footnote to the article), and those who take a watch for what it is. 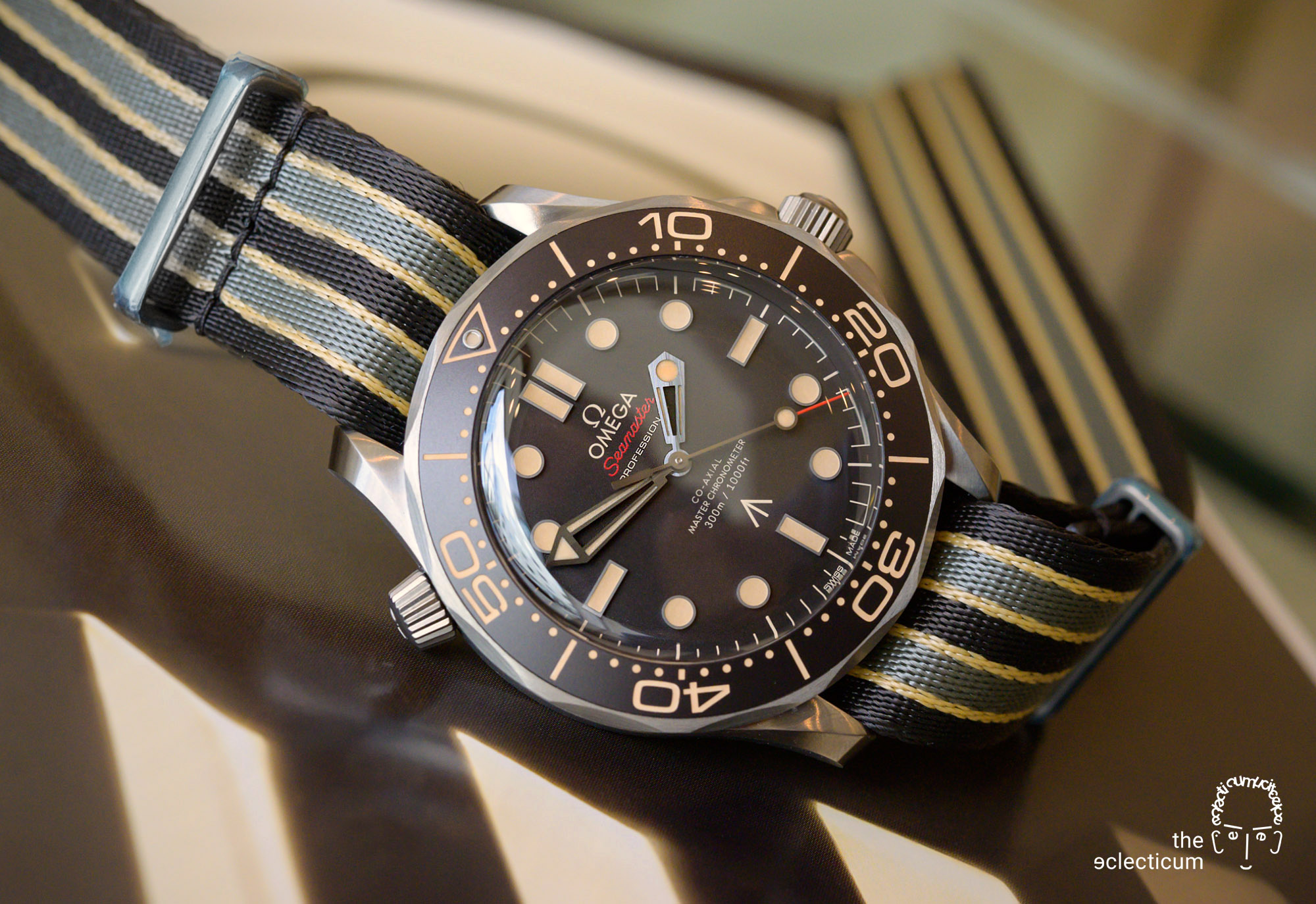 The watch comes fully without any of the typical James Bond 007 insignia (that’s the second one after the Spectre Seamaster of 2015), at least on the dial, but with a vintage ‘inspired’ (as there is, to my knowledge, not a direct historical role model for this watch) design and very technical, if not downright military, specifications: 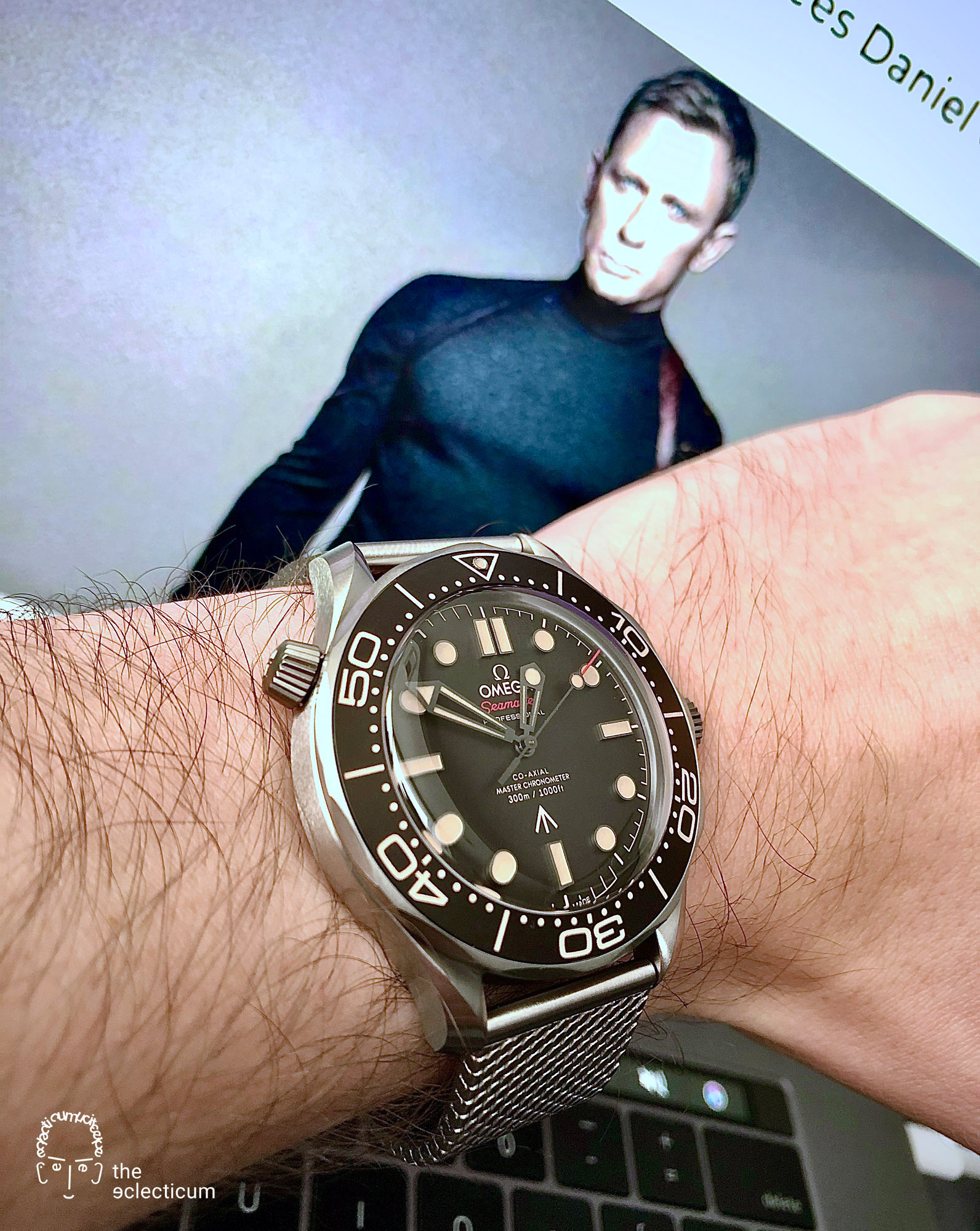 If you look closely, there is so much structural depth in the aluminium dial and combined with the generously dimensioned Super-LumiNova indices and the starkly brushed hands. Also, the thick printing of the inscriptions… 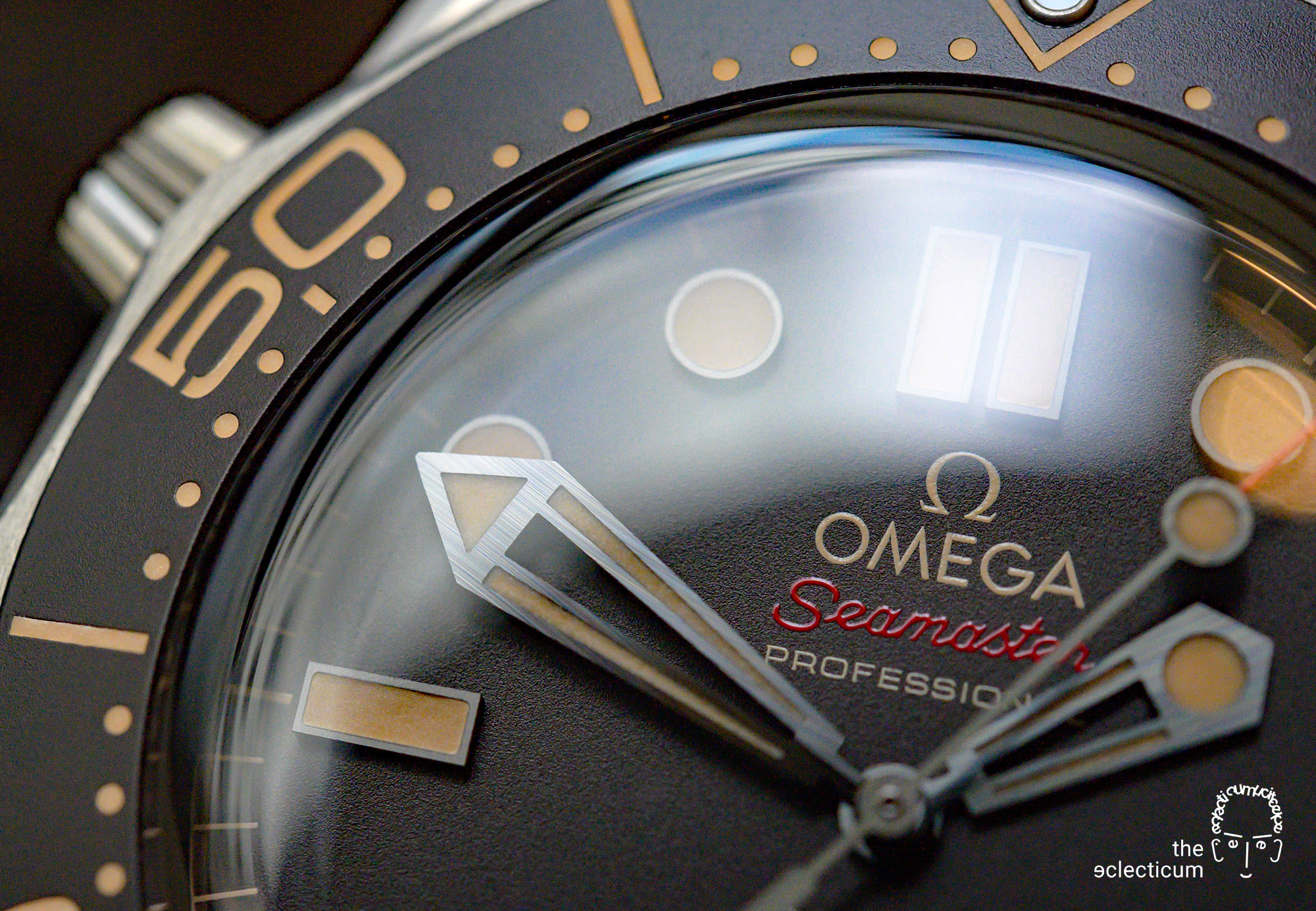 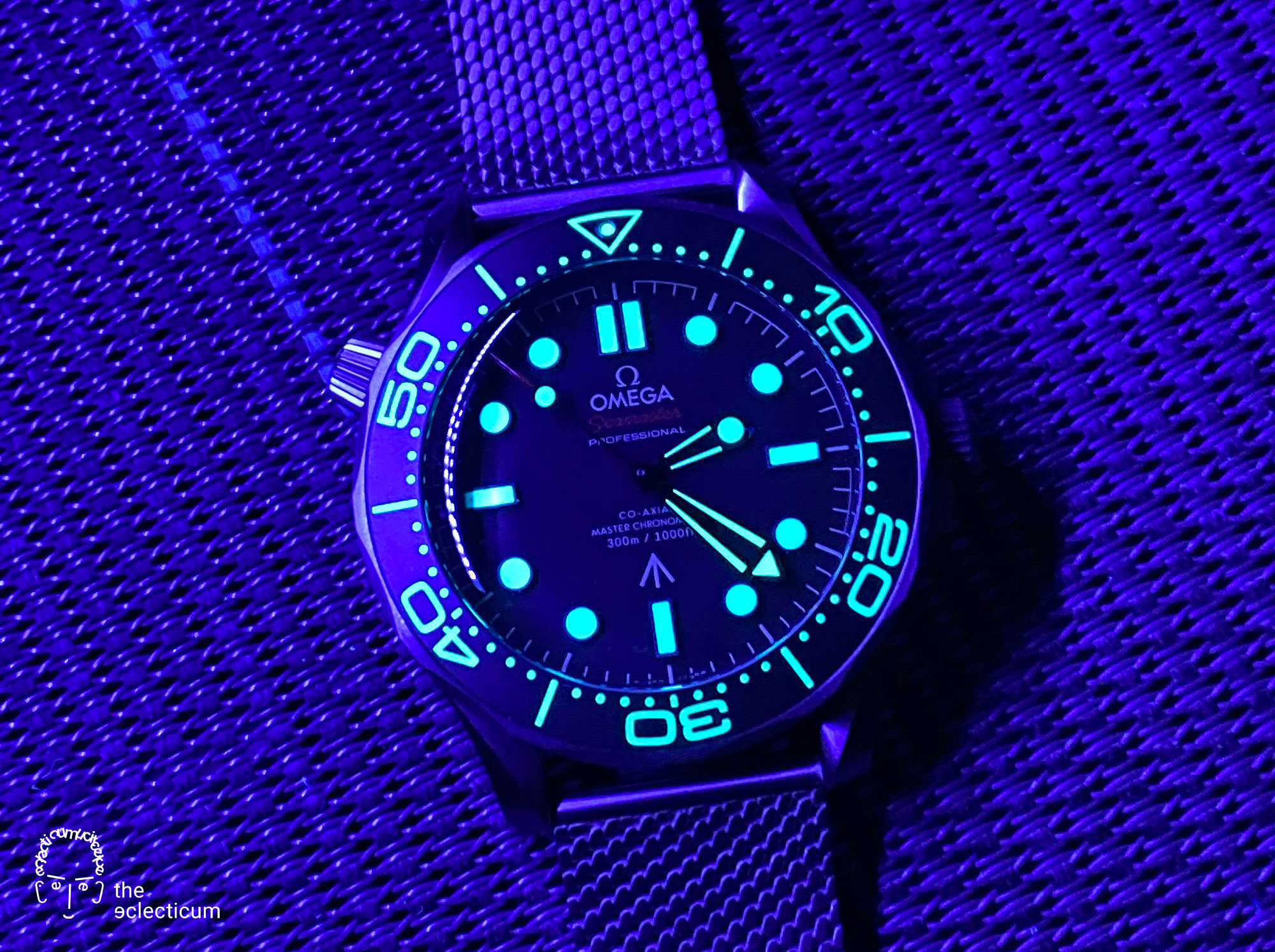 For the romantics among us the dished sapphire crystal evokes remembrance to the watchglasses of pocket watches – simply domed on the outside, with a transition from the bold bezel that only a watch lover could imagine: 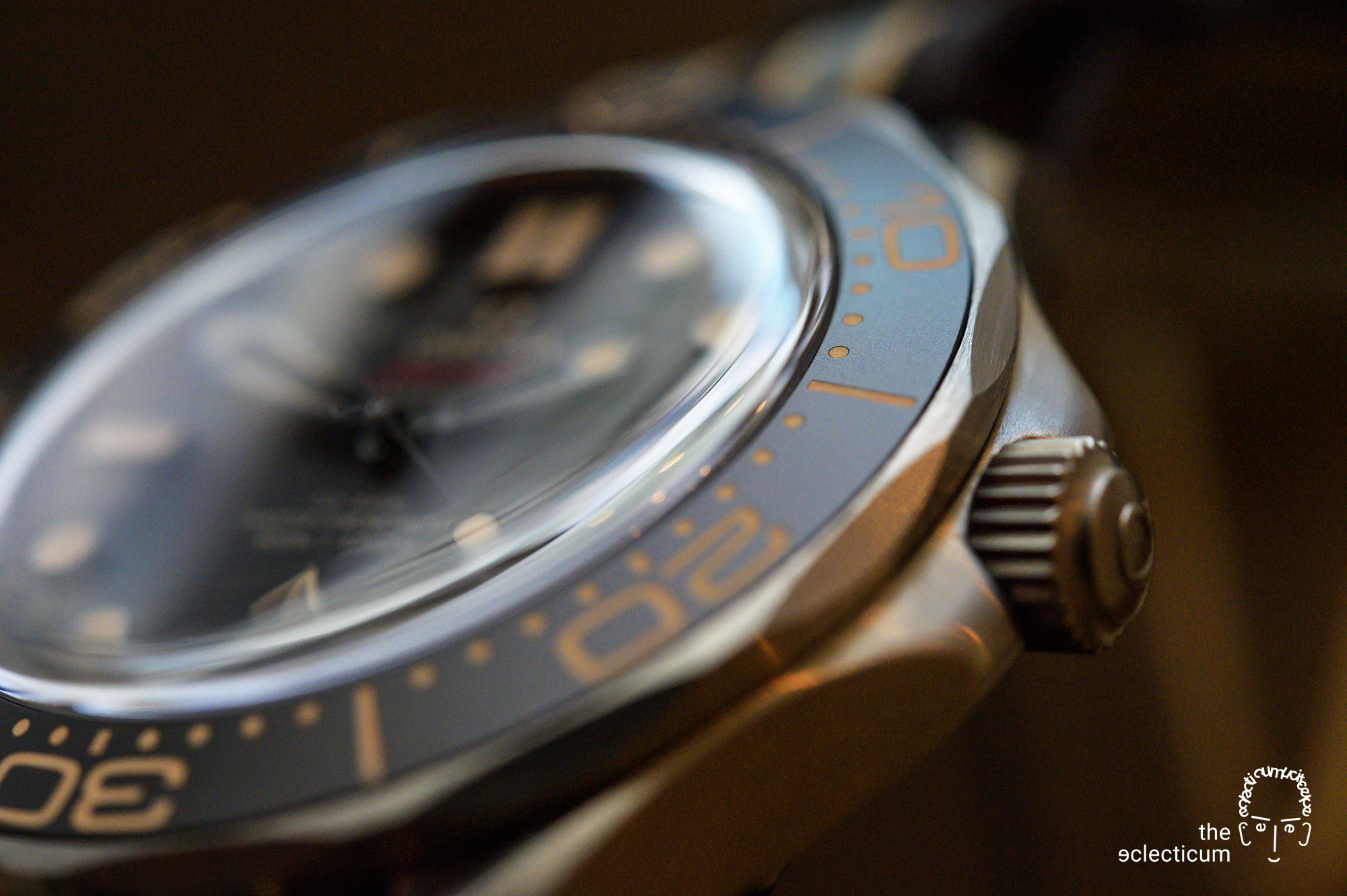 The case back is solid, and carries the only visible references to the famous spy and the tales around him: 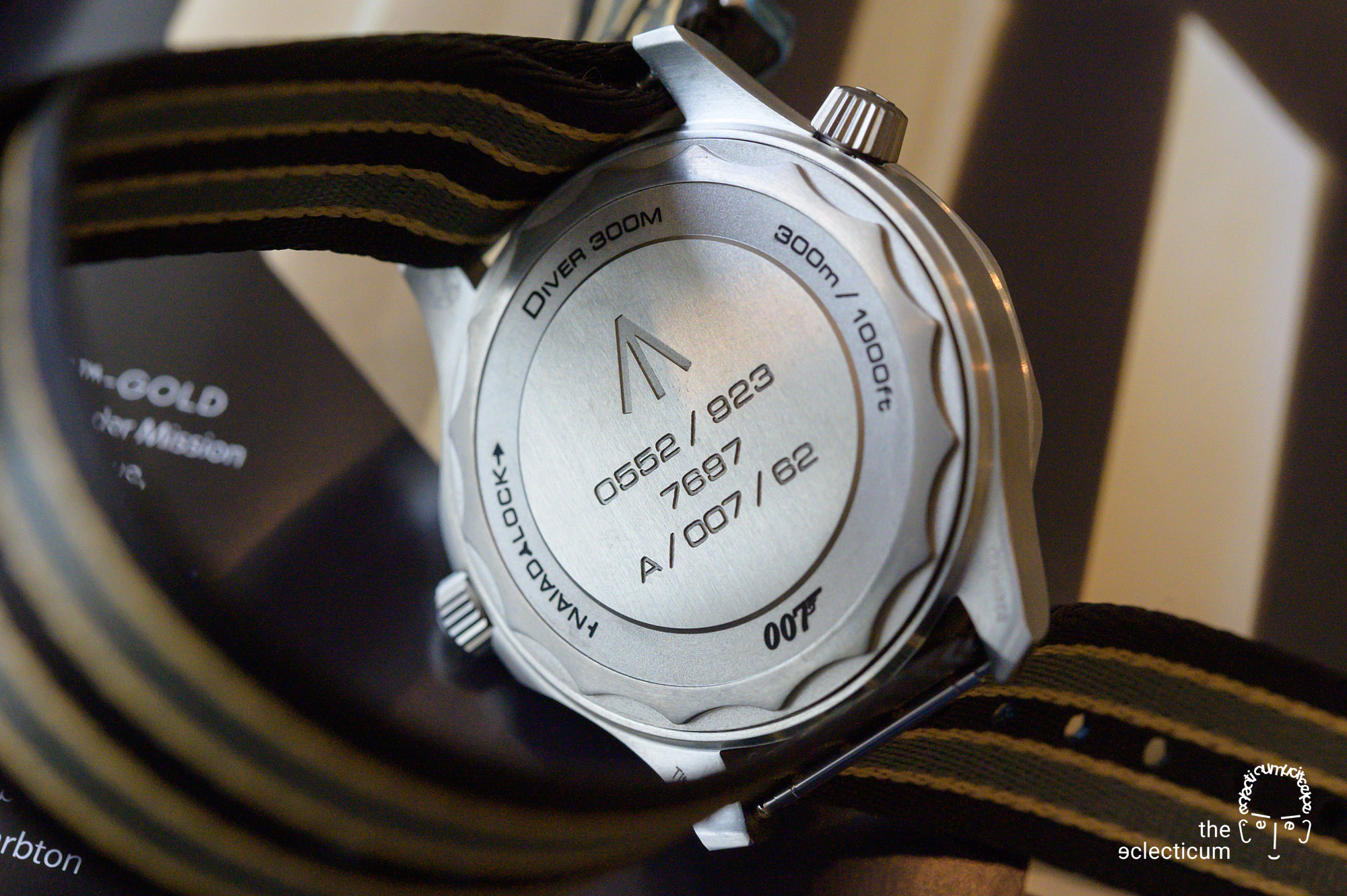 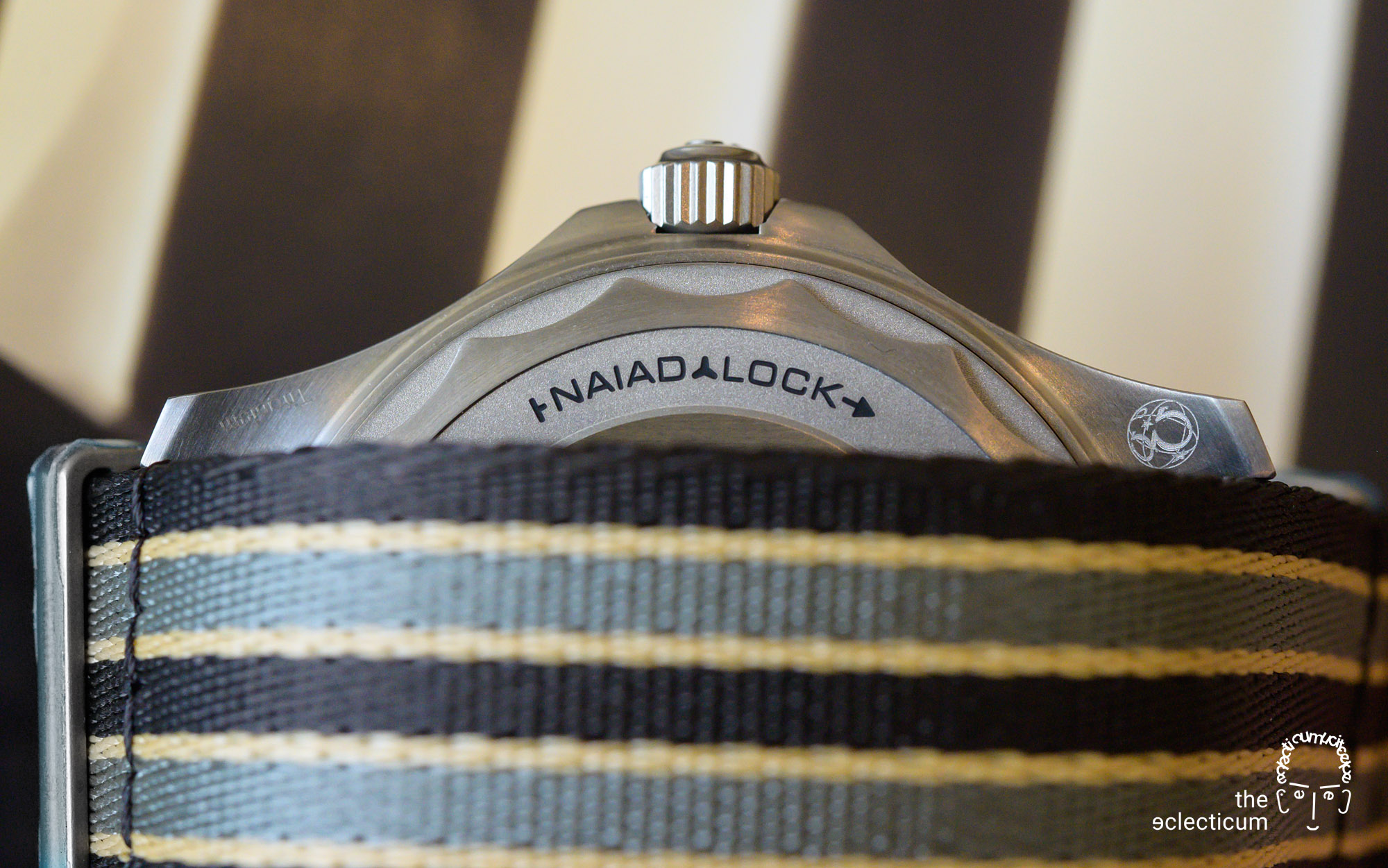 In the end: the Seamaster Diver 300M, 007 Edition, feels warm and soft on the wrist, a slightly surprising emotional twist to a ‘military’ timepiece: titanium conducts heat quite well, and the watch is really light, especially on the supple textile strap. 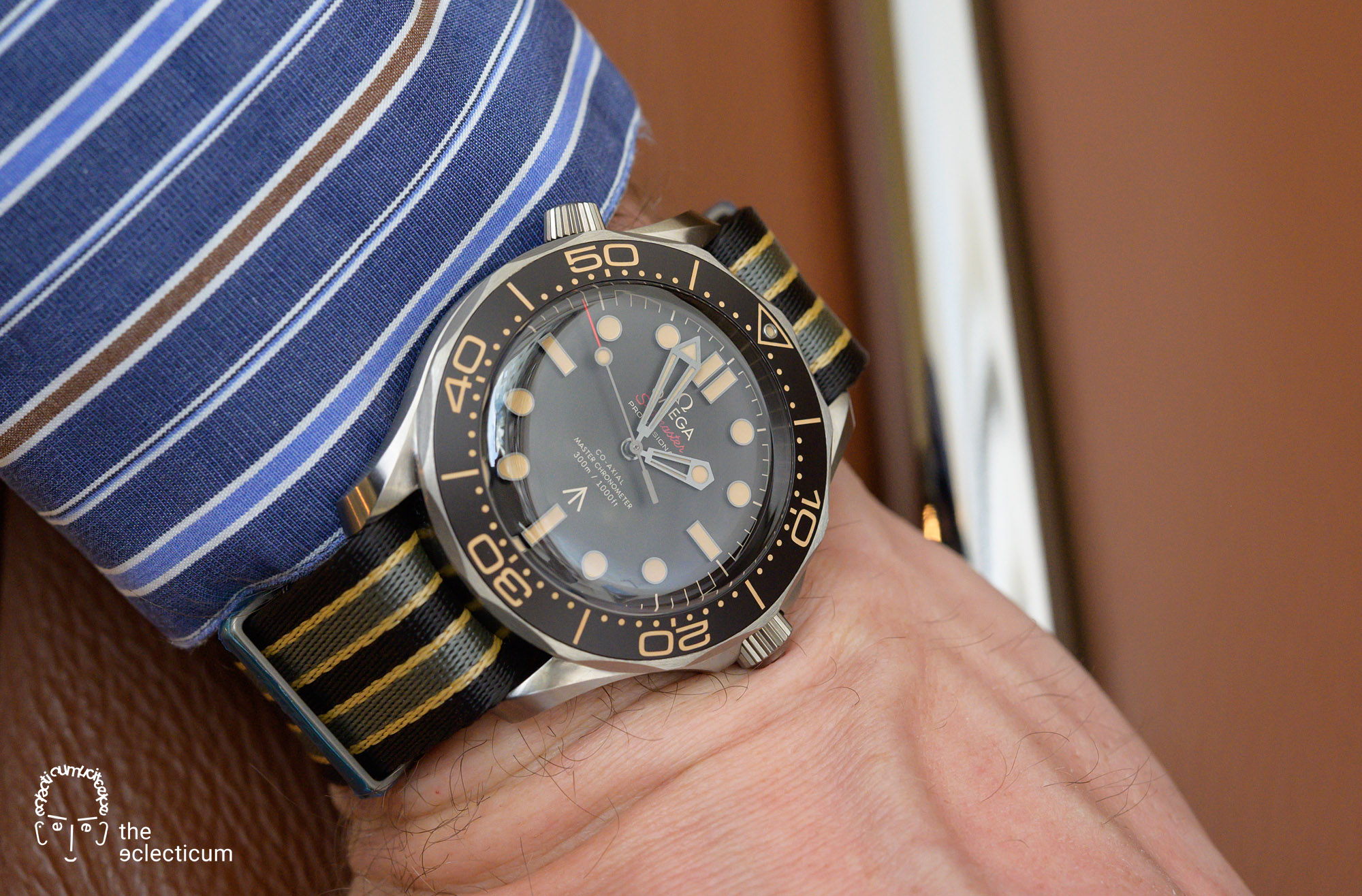 It is, at the same time the most ‘professionally adequate’ and one of the most un-007 thematic watch OMEGA offered so far. Its ‘military grade’ without begin certified such, which makes it immensely attractive even to those who do not appreciate the James Bond connection. As this is barely visible, the OMEGA Seamaster Diver 300M is probably the truest to purpose watch double-0 agents have ever worn… 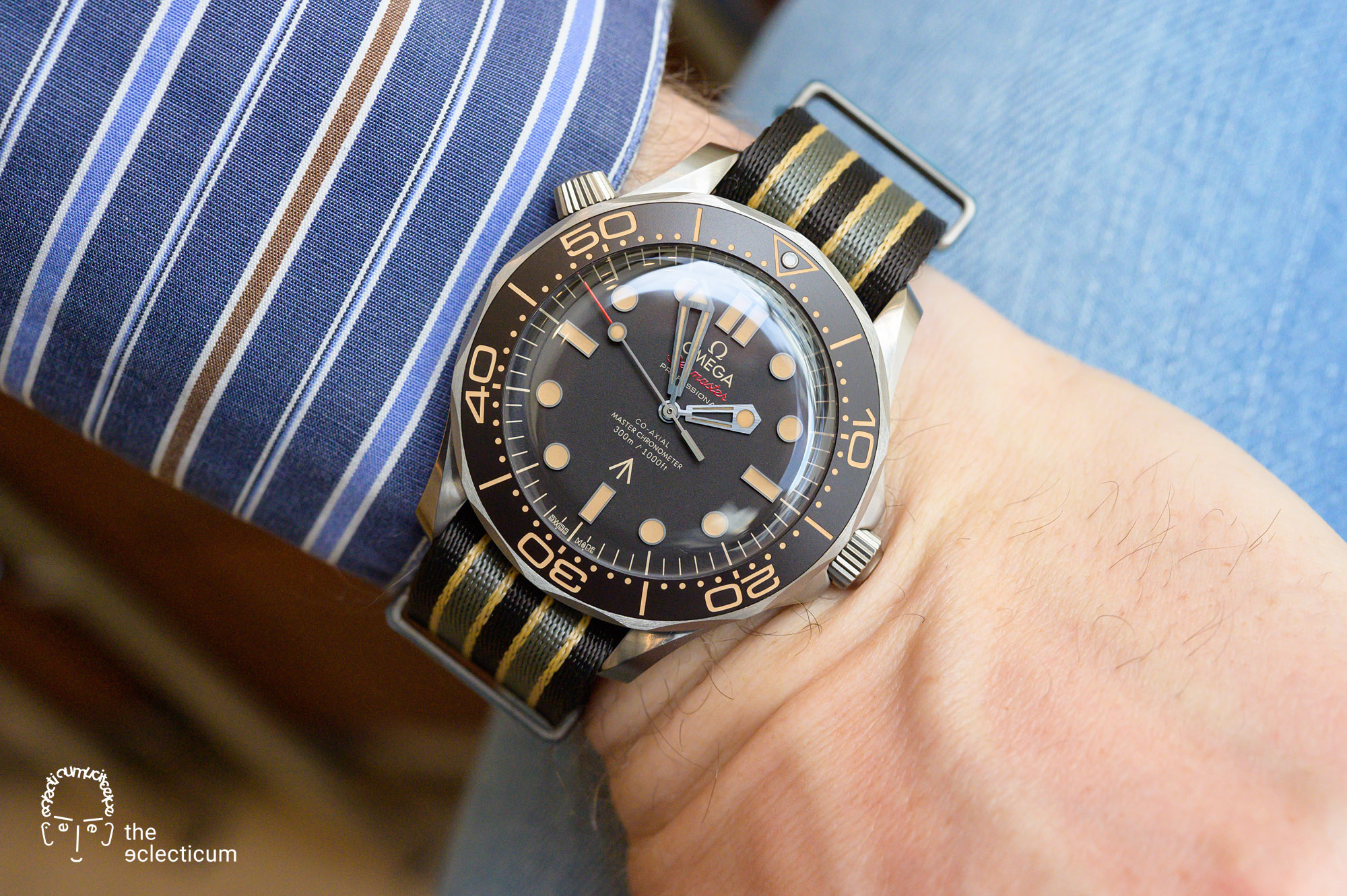 P.S.: For those who want to dive deeper (pun intended) into the ‘Bond-Factor’ of each OMEGA special 007 edition, QP Magazine got you nerds covered – look here!

P.S.S: Special thanks to watch collector, Drew Coblitz, for sharing images of his watch on the Milanaise bracelet.