Delights from the May 2021 Auctions at Antiquorum, Ineichen and Phillips

Auction season is approaching, a there are a number of true collector’s delights to marvel (and perhaps bid?) at amongst the offerings – some combining watchmaking excellence in dangerous concentration

‘Auction Season’ – this usually means a few marvels and gems are to be discovered, and this one does not disappoint. Here’s what caught our eyes at the upcoming Antiquorum, Ineichen and Phillips auctions in Geneva in May*:

Apparently about only 30 pieces ever made in steel, this is the ultimate understatement and essence for finest Saxon watchmaking. 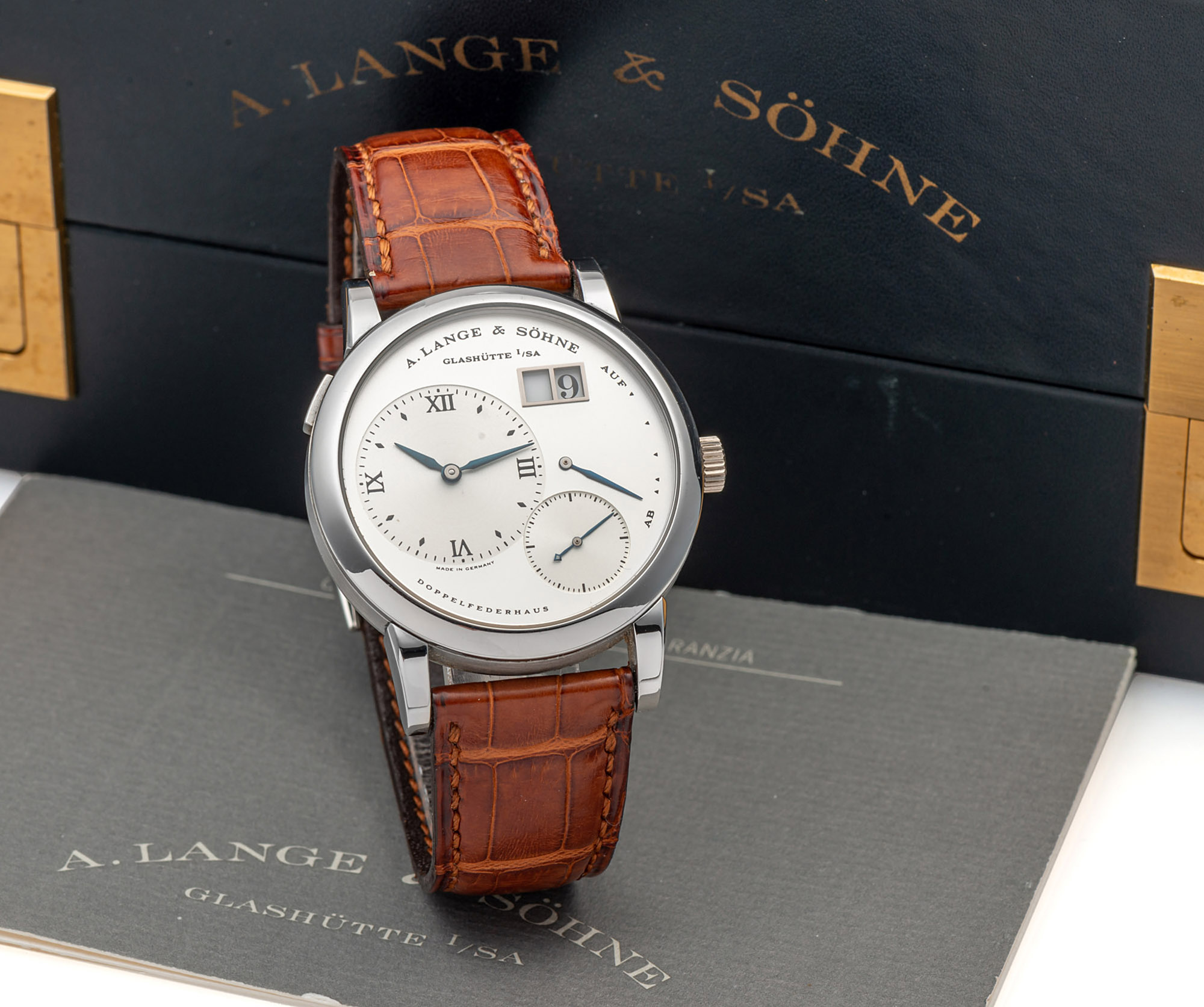 It looks like a knock off from a Franck Muller, but if you look closely… it comes with a case made by Jean-Pierre Hagmann and a minute repeater module by F.P. Journe – all with a beautifully made but not signed case and dial – can it get any better, for ‘us’? 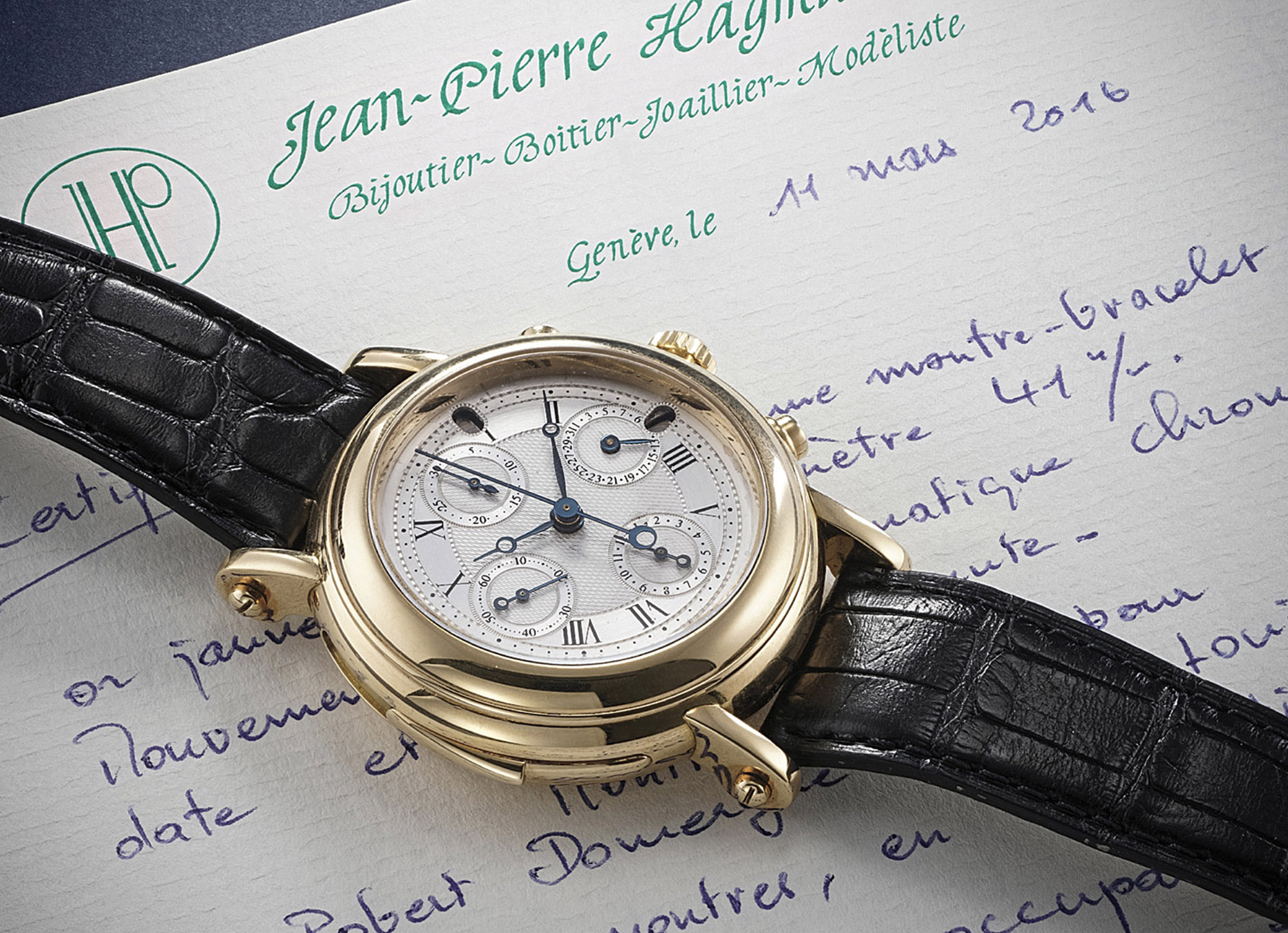 An iconic piece which inspired a lot of others – eclectic time display with an equally eclectic exterior – splendid! 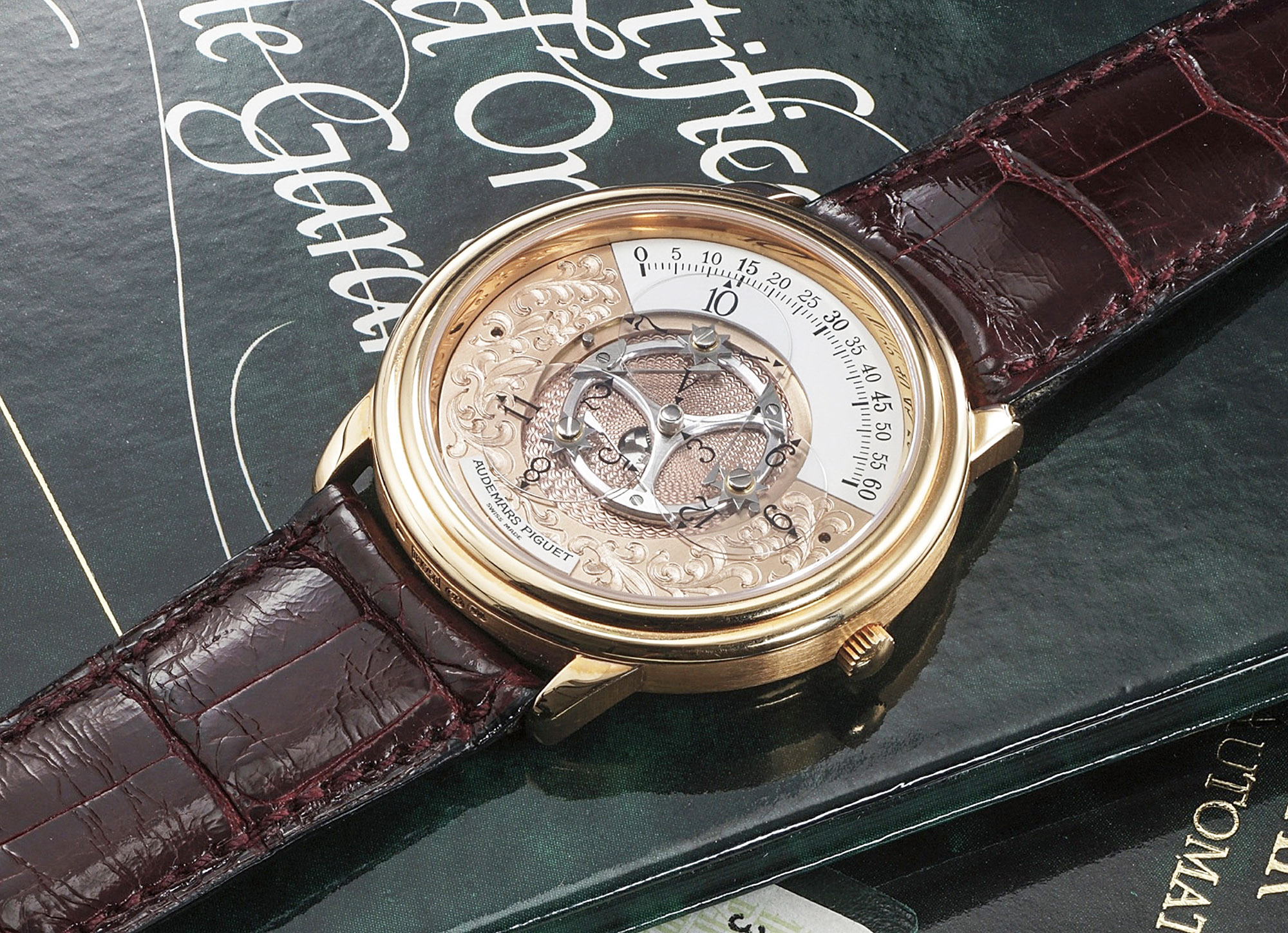 A superb example of understated Art Déco watchmaking, this 49mm yellow gold pocket watch by Cartier, made around 1930, belongs to the finest the stylish house had to offer: an understated exterior with subtly twisted design elements (note those lovely numerals, for example) that has true excellence under the hood: the nicely preserved minute repeater movement made by the then prime partner of Cartier, European Watch & Clock Company: 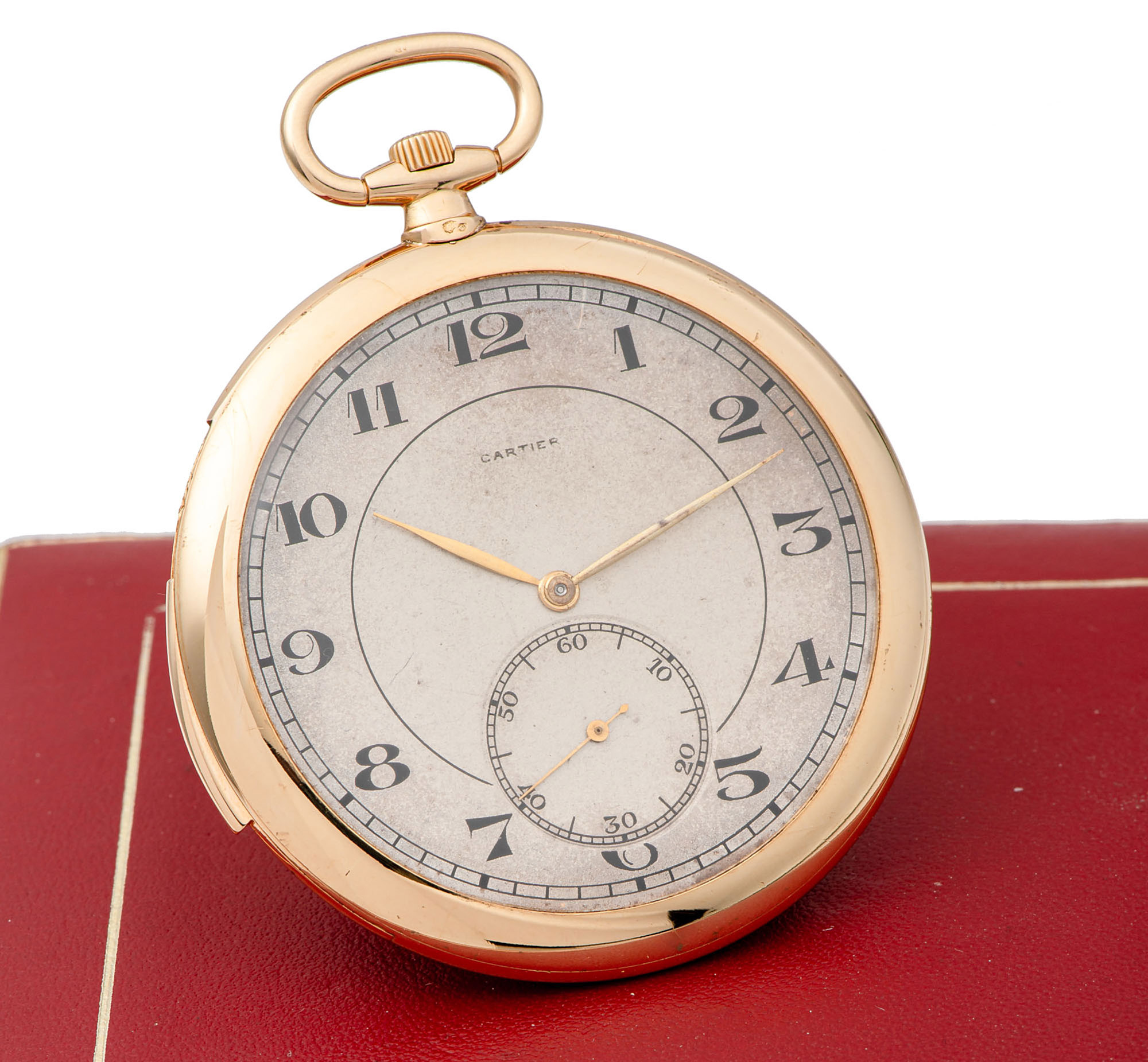 Daniel Roth’s designs are legendary, and this is one of the tourbillons which defined his work. The retrograde date adds to the spice, plus that it was made before the company was sold to Bulgari. 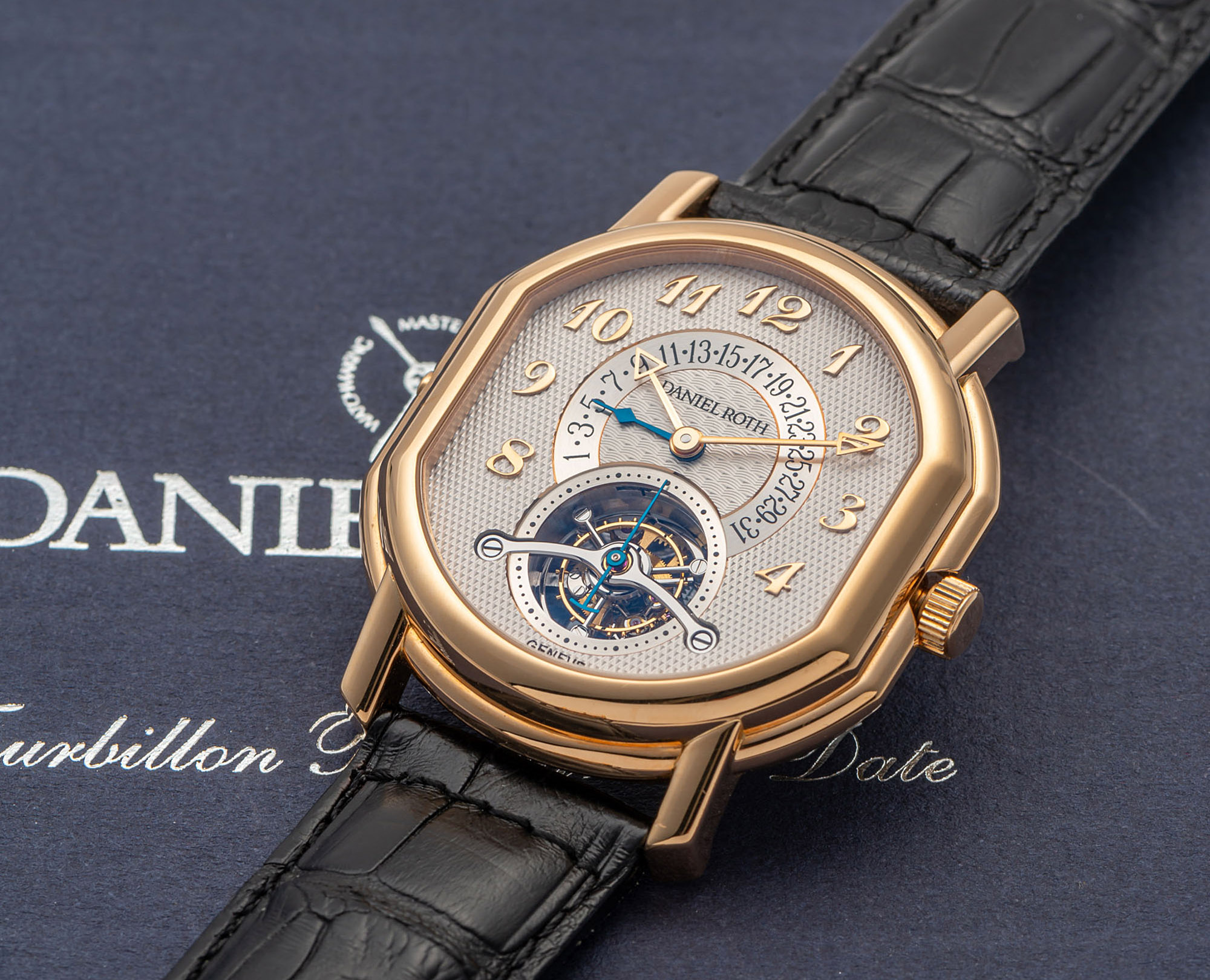 Can it get any more eclectic? The ultimate accessory for the discerning gentleman. 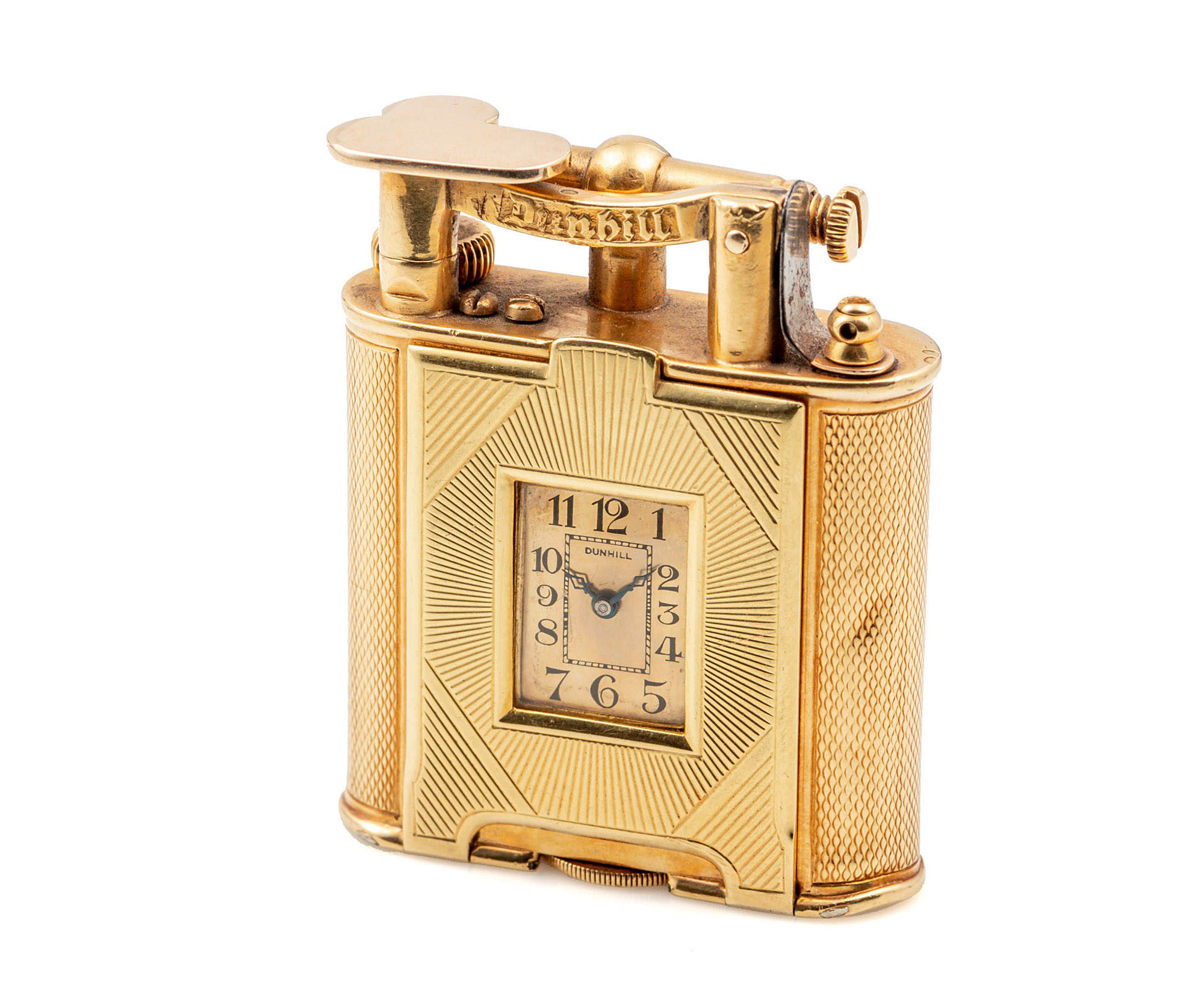 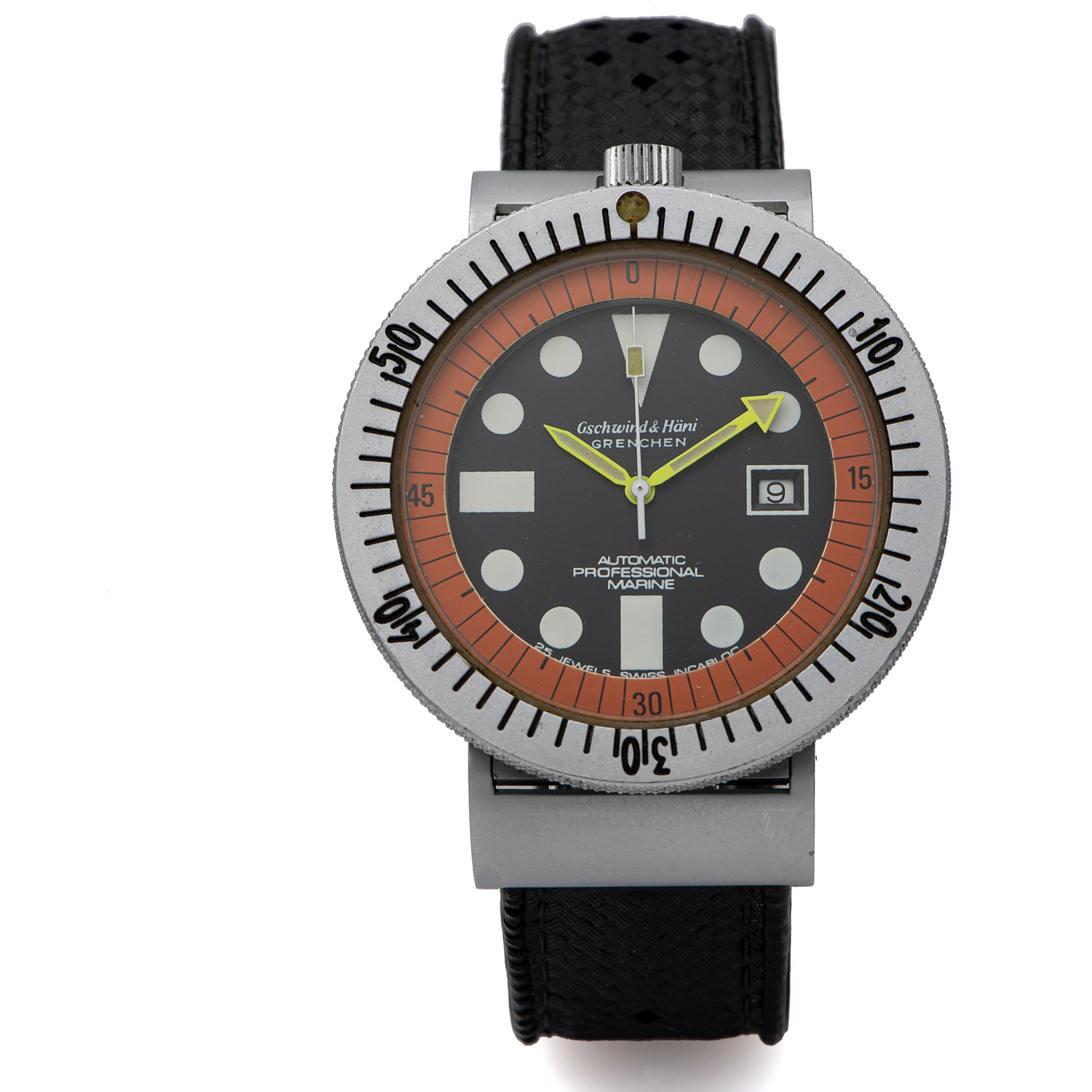 One of the inaugural pieces which established the legends of both F.P Journe and Max Büsser were the ‘Opus’ watches for Harry Winston. Each of the six watches were unique, and this one with the turquoise dial is just magic! 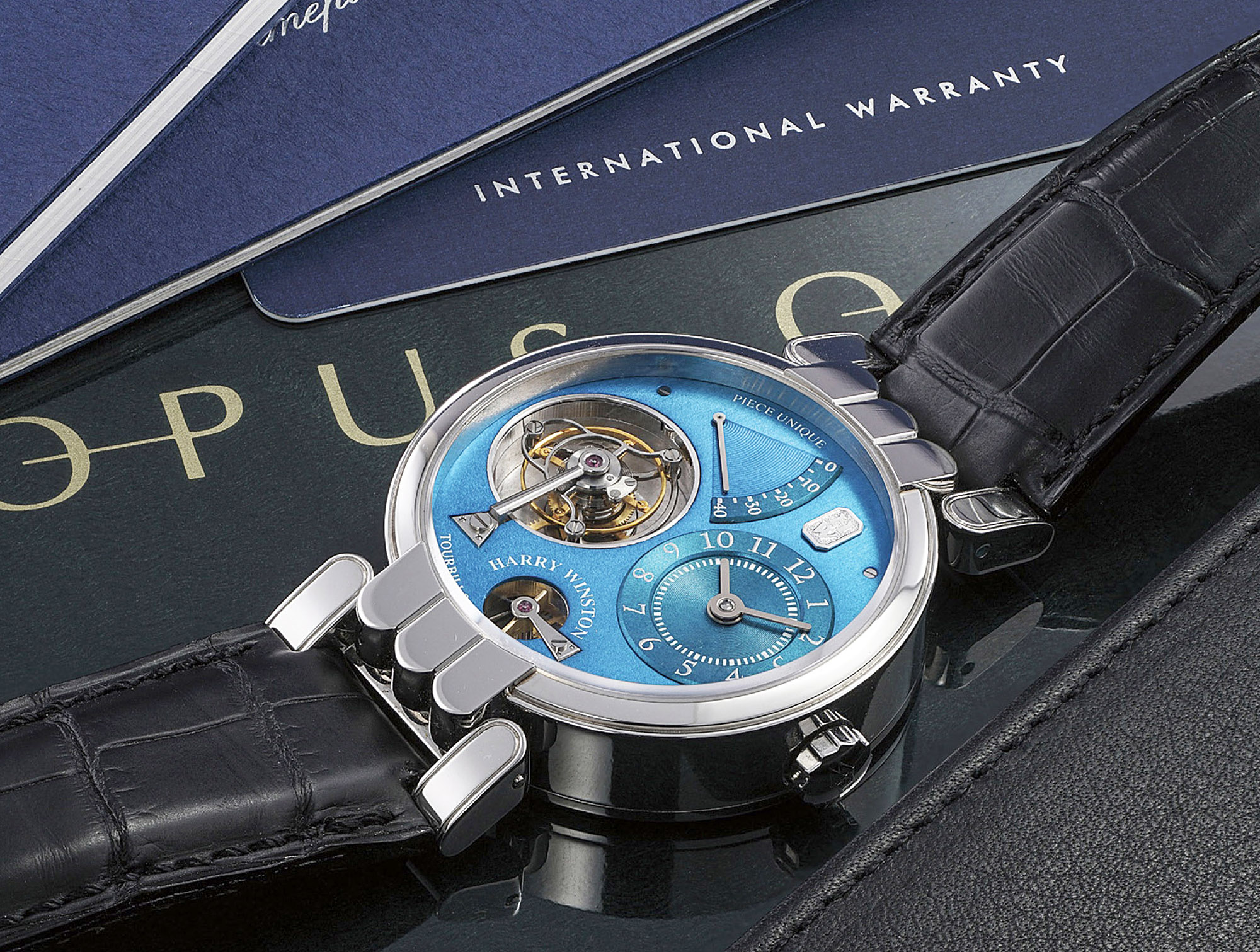 The icon for the genius of Kurt Klaus. An eminent piece of watchmaking history, it its most pure expression in stainless steel. 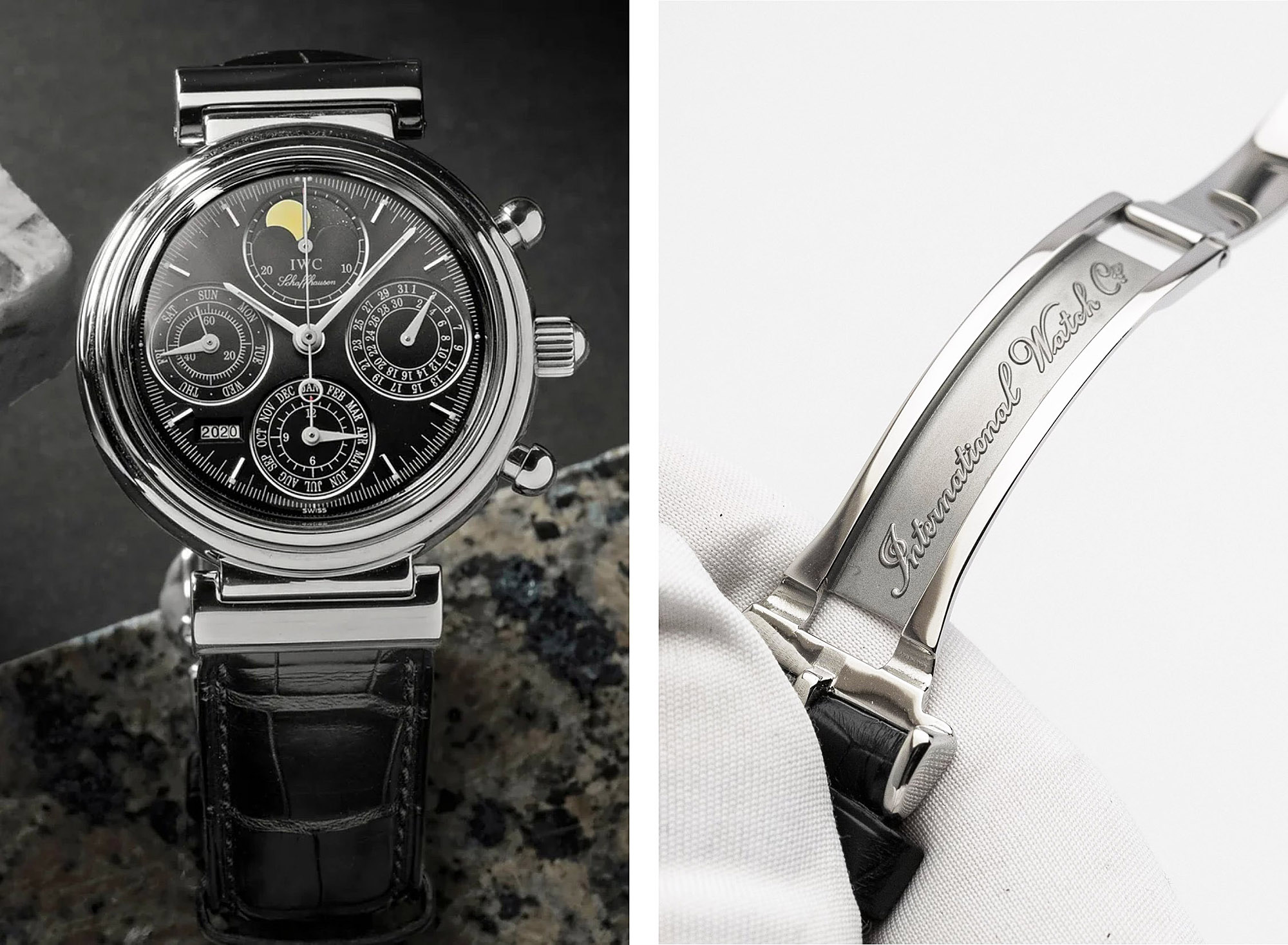 The second IWC icon, this time featuring Richard Habring who developed the ‘economical’ split second mechanism for IWC. This is Richard’s own prototype, and all proceeds will go for charity. Included also is a Heuer pocket rattrapante which was his inspiration. Stuff of legends! 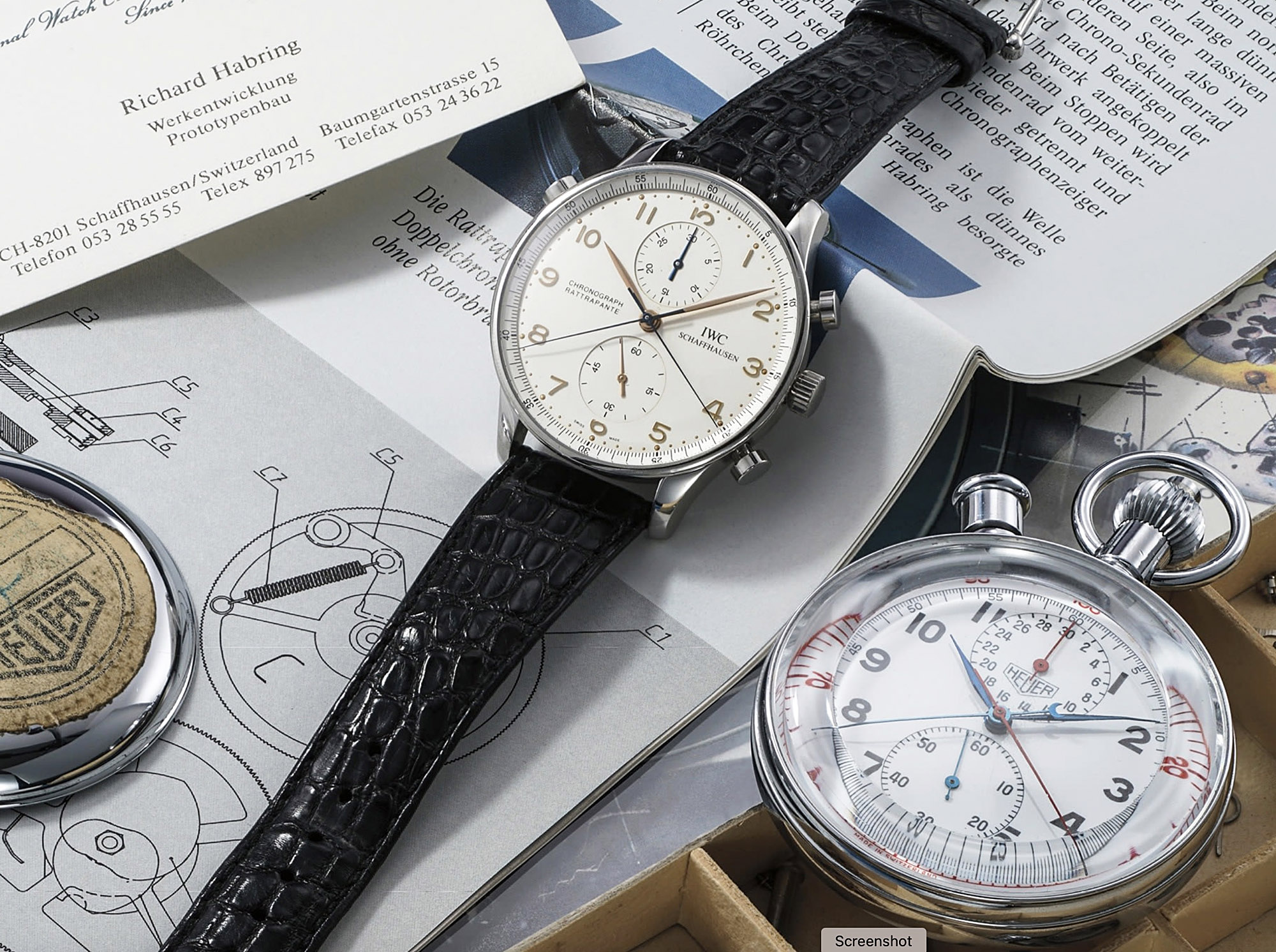 JLC was once christened the ‘watchmaker’s watchmaker’, and this understated yet nicely designed and superbly made stainless steel pocket watch exemplifies what JLC is all about. Black dial, railroad track and lancet hands, in an Art Déco design – love! 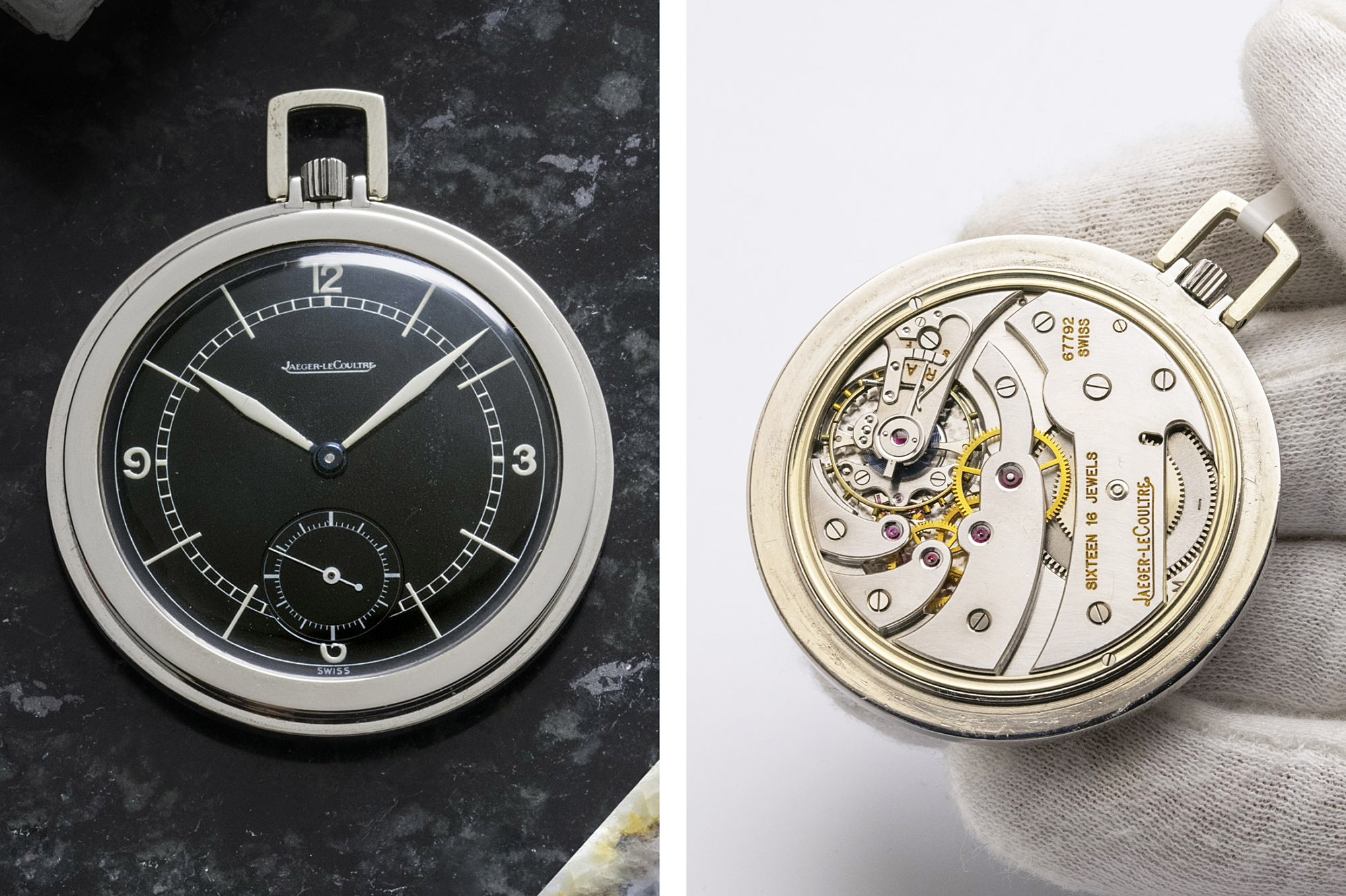 Those funky 1970s designs! This JLC alarm watch is a prime example for this, executed in fine quality and apparently nicely preserved. With 43mm, its rather large, and comes with the sought-after movement Cal. 916, Jaeger-LeCoultre’s first alarm calibre to use a high-speed 28,800 A/h balance, and also the first ever automatic alarm watch movement with a rotor instead of a bumper. 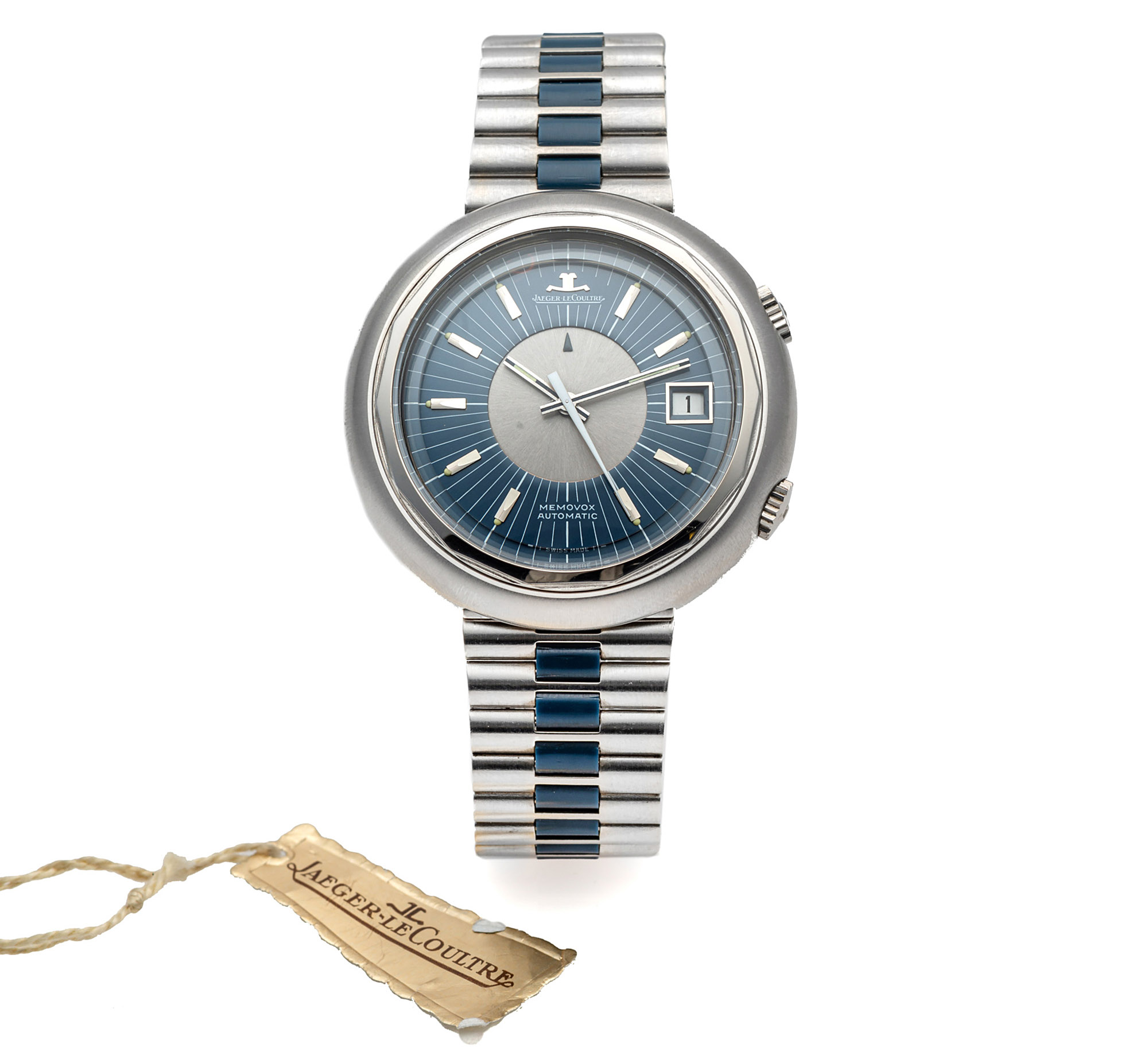 An attractive chronograph with a legendary flyback movement Cal. 30CH, directly from the ‘good old days’ of the manufacture. The dial has quite some patina, but the movement appears to be in exceptional condition. 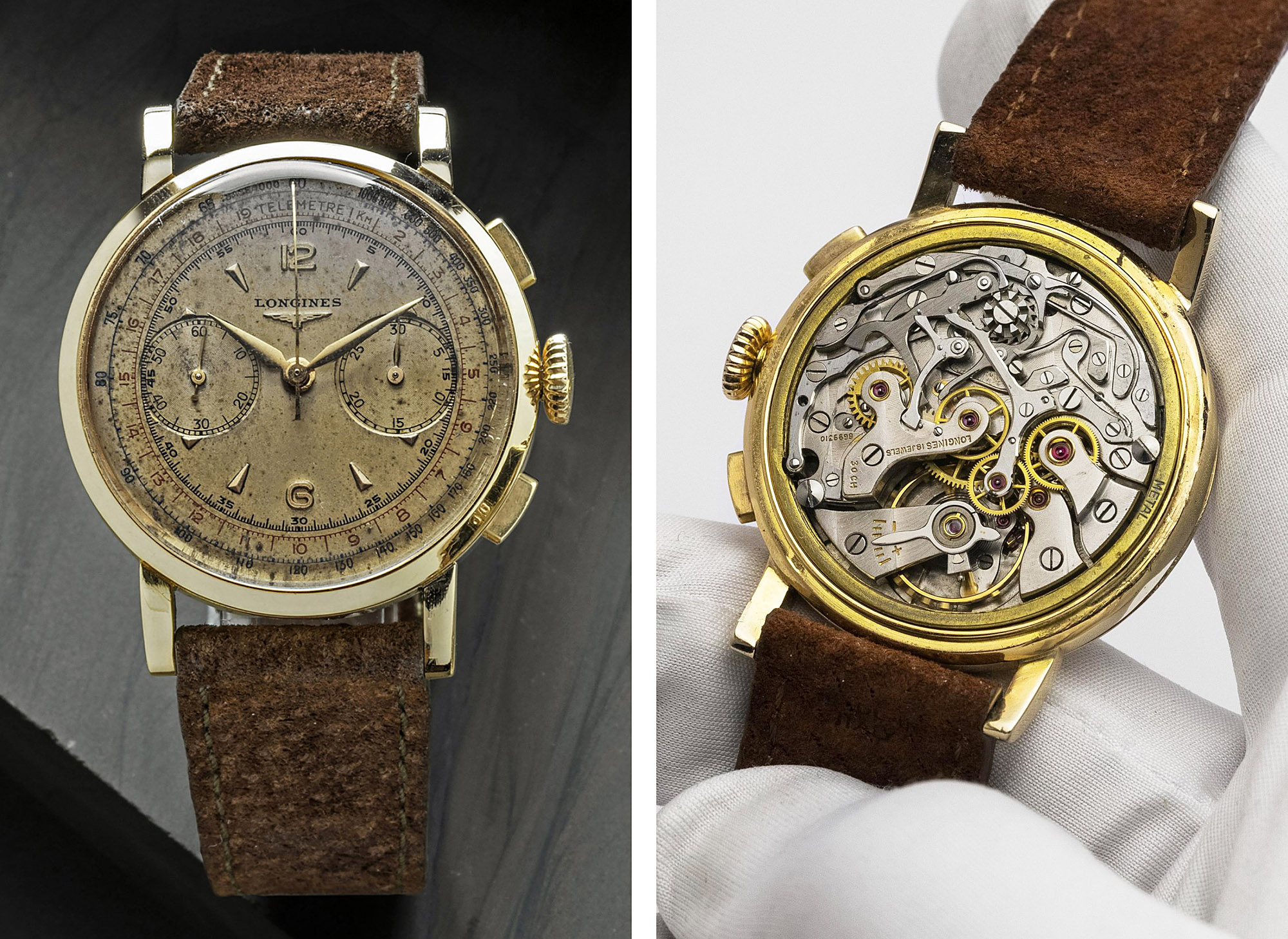 This one was actually commissioned by Swissair to use for its flight crews in 1955, and thus carries a 24h dial to avoid day/night mistakes. 47mm large. 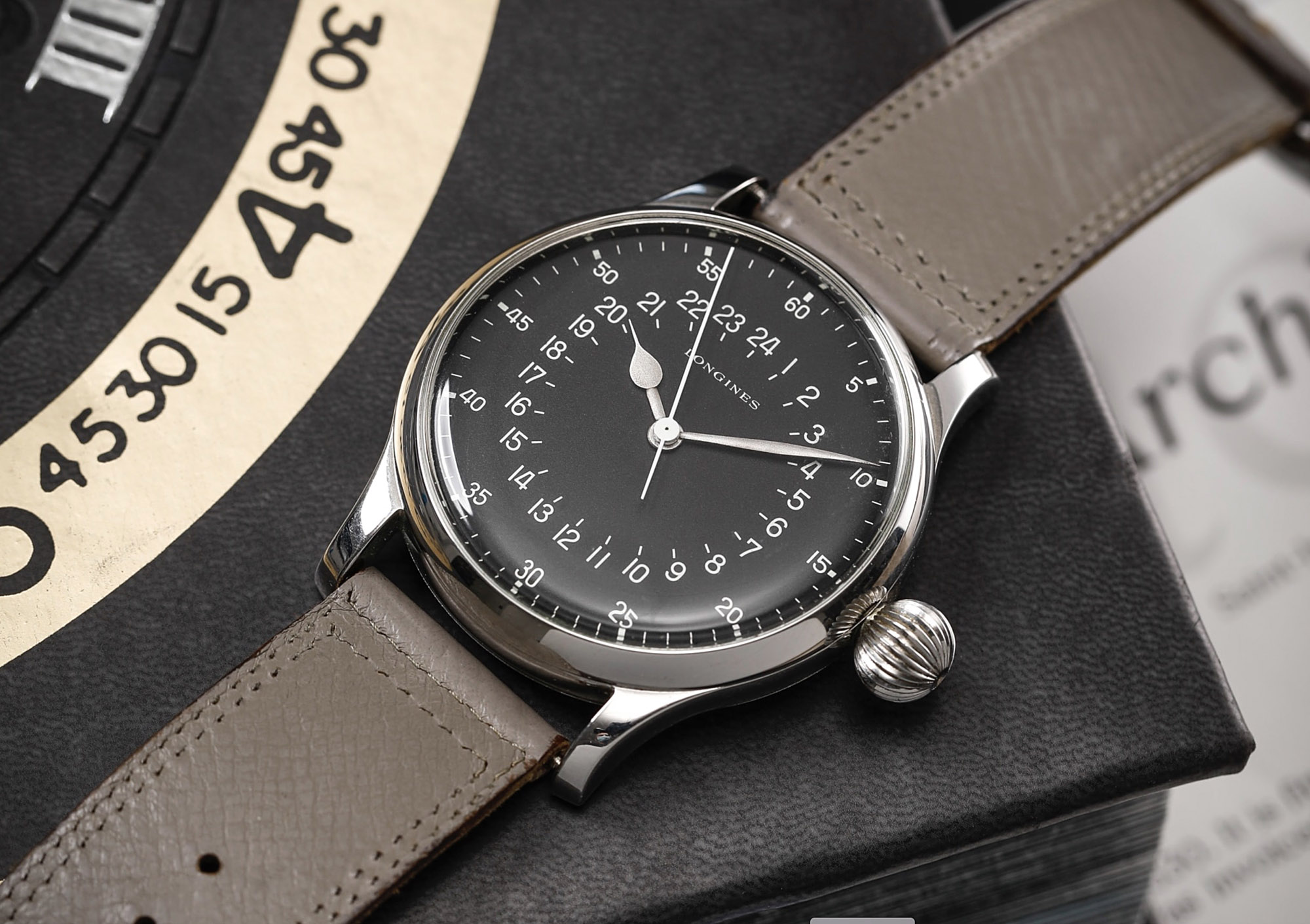 A watch of immense significance – an early OMEGA with the Cal. 1300, so early that it is likely one of the 42 exhibition piece examples of the Beta 21 that were shown at the Basel fair in 1970. A piece of watchmaking history! 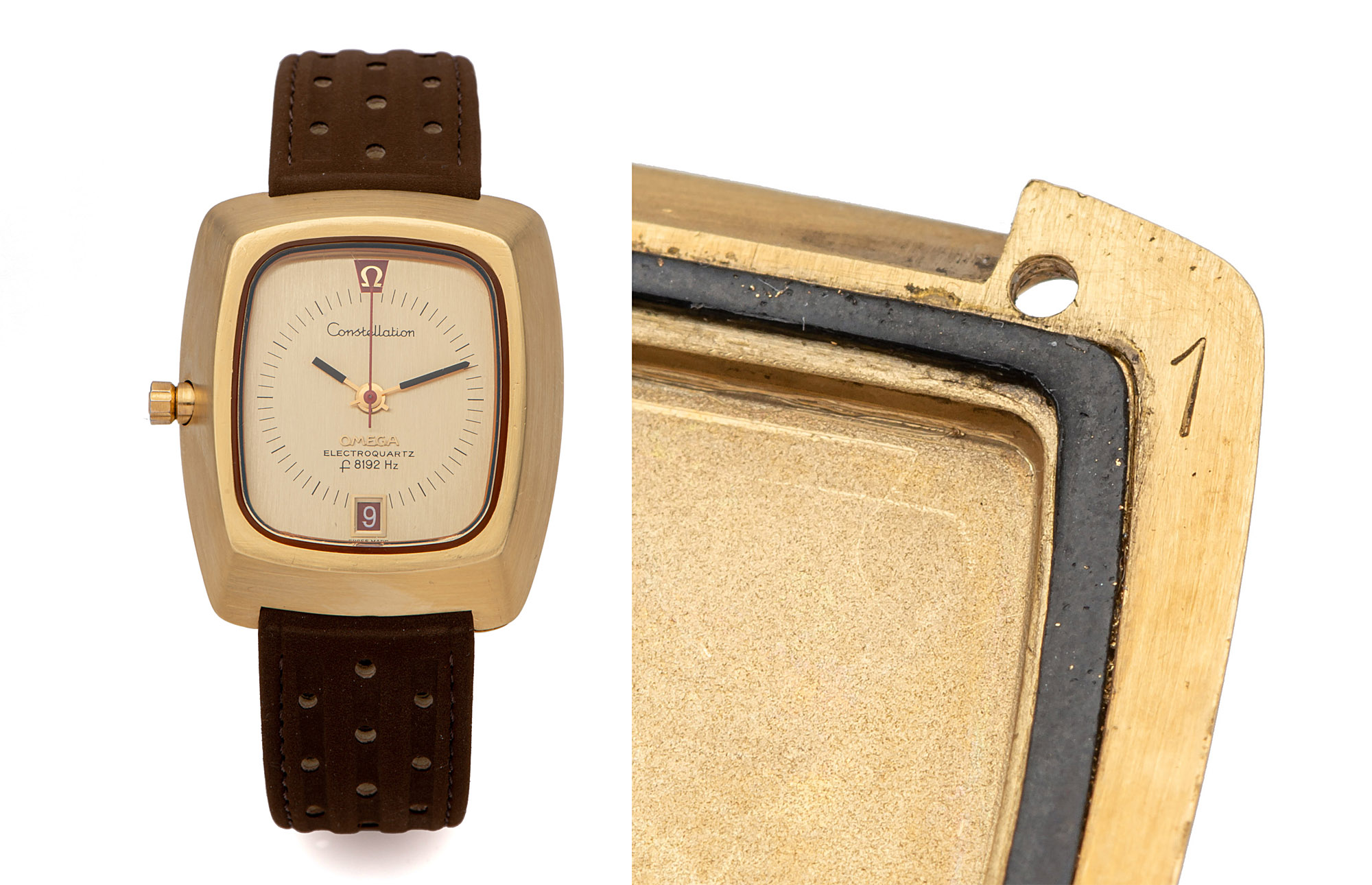 Another legend: the tourbillon movements were made exclusively for Observatory precision contests, yielding spectacular results between 1947 to 1952 at the contests in Kew Teddington (London), Neuchatel and Geneva. Encased at the end of the 1980s, about 7 of these movements were sold to VIP clients. This particular pieces once belonged to Franck Muller who had a dial made by Tille and the case by Jean-Pierre Hagmann. There’re very few watches that condense so much watchmaking excellence! 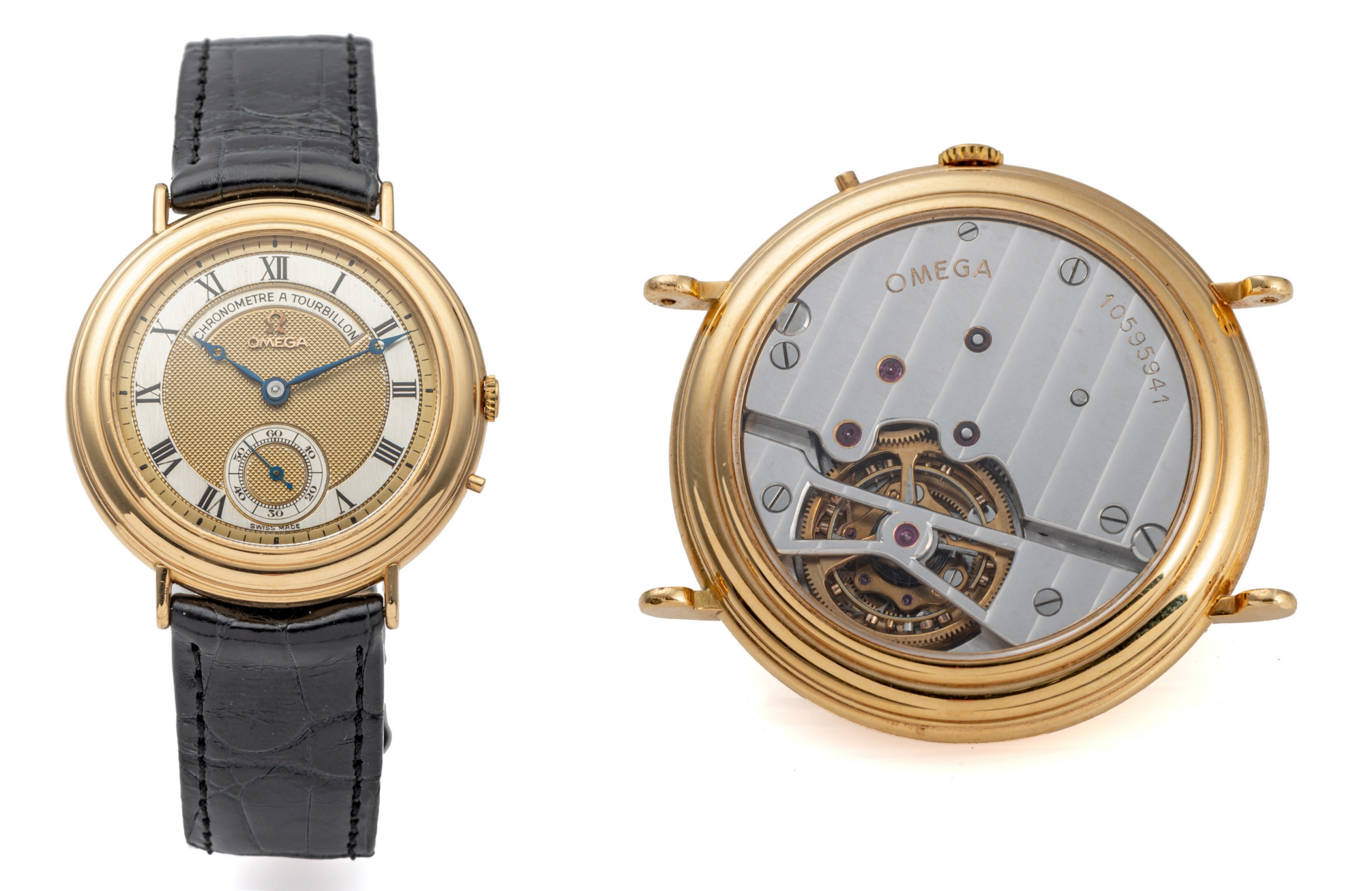 Can this ever stop? The OMEGA De Ville Co-Axial of 1999 was the exact watch which launched the Co-Axial escapement of legendary British watchmaker George Daniels at production scale. Beautiful red gold case with midnight blue ‘pie-pan’ dial as well. 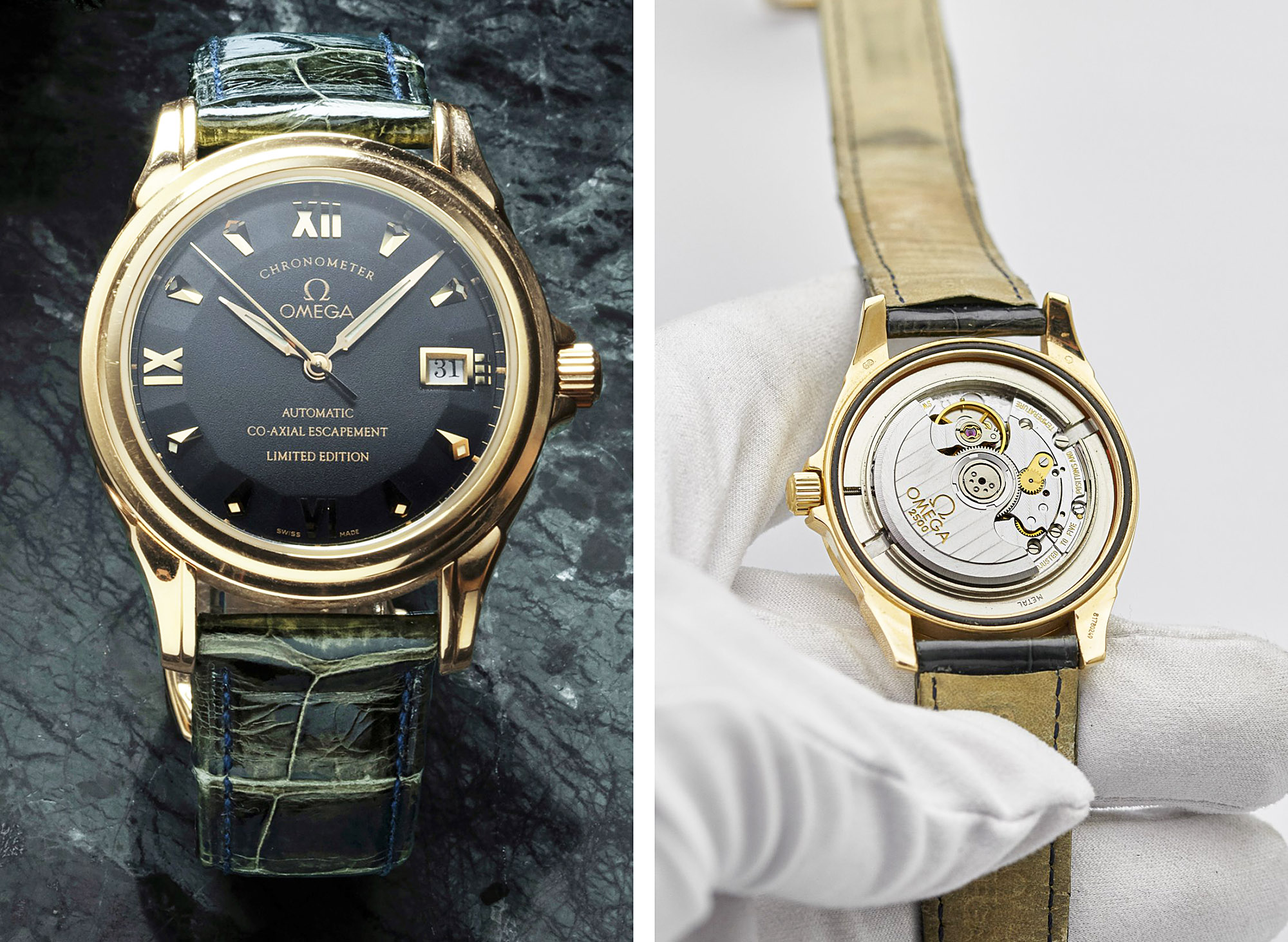 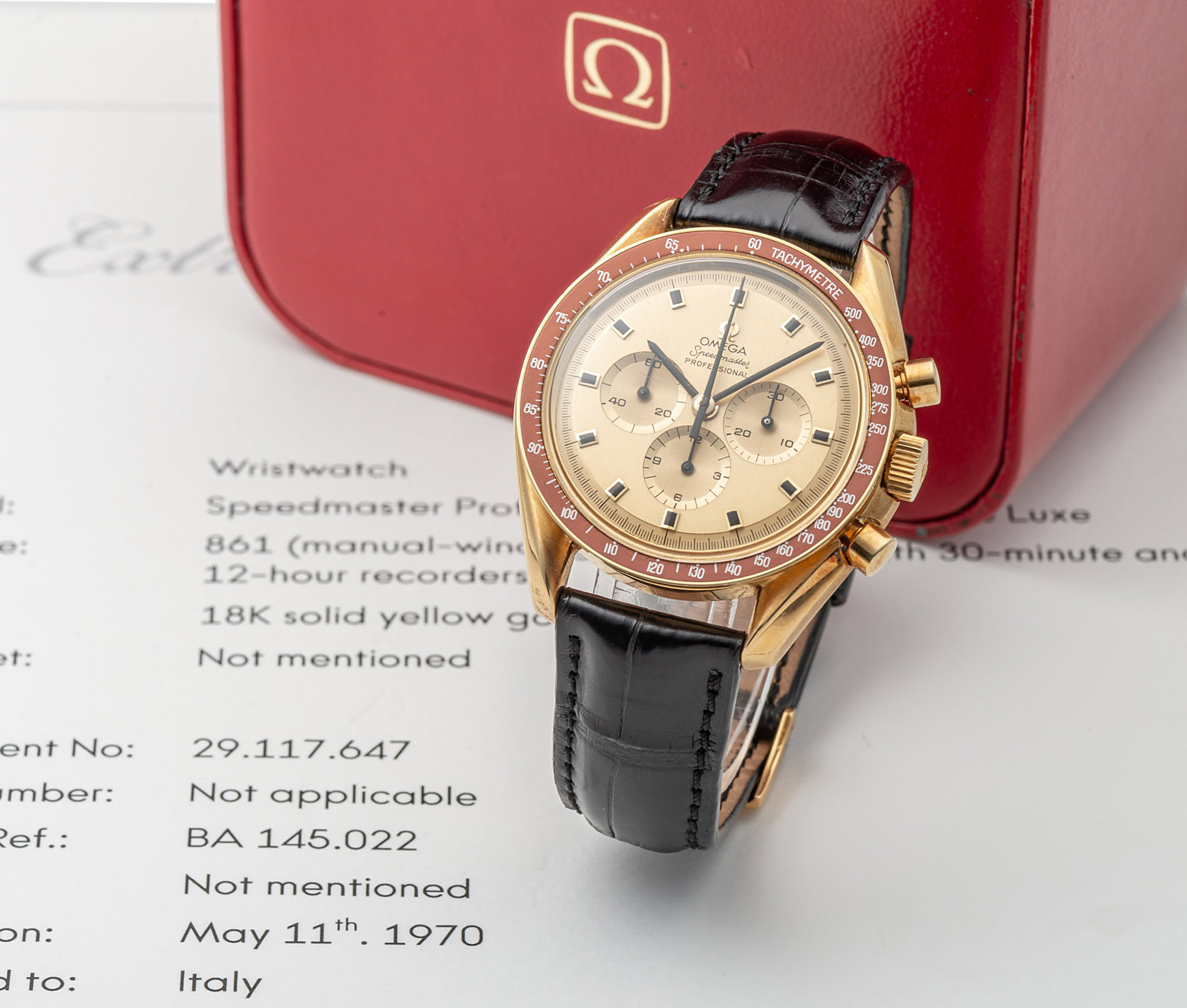 Patek Philippe and Tiffany, a legendary combination, and on top in stainless steel. Understatement with a twist… 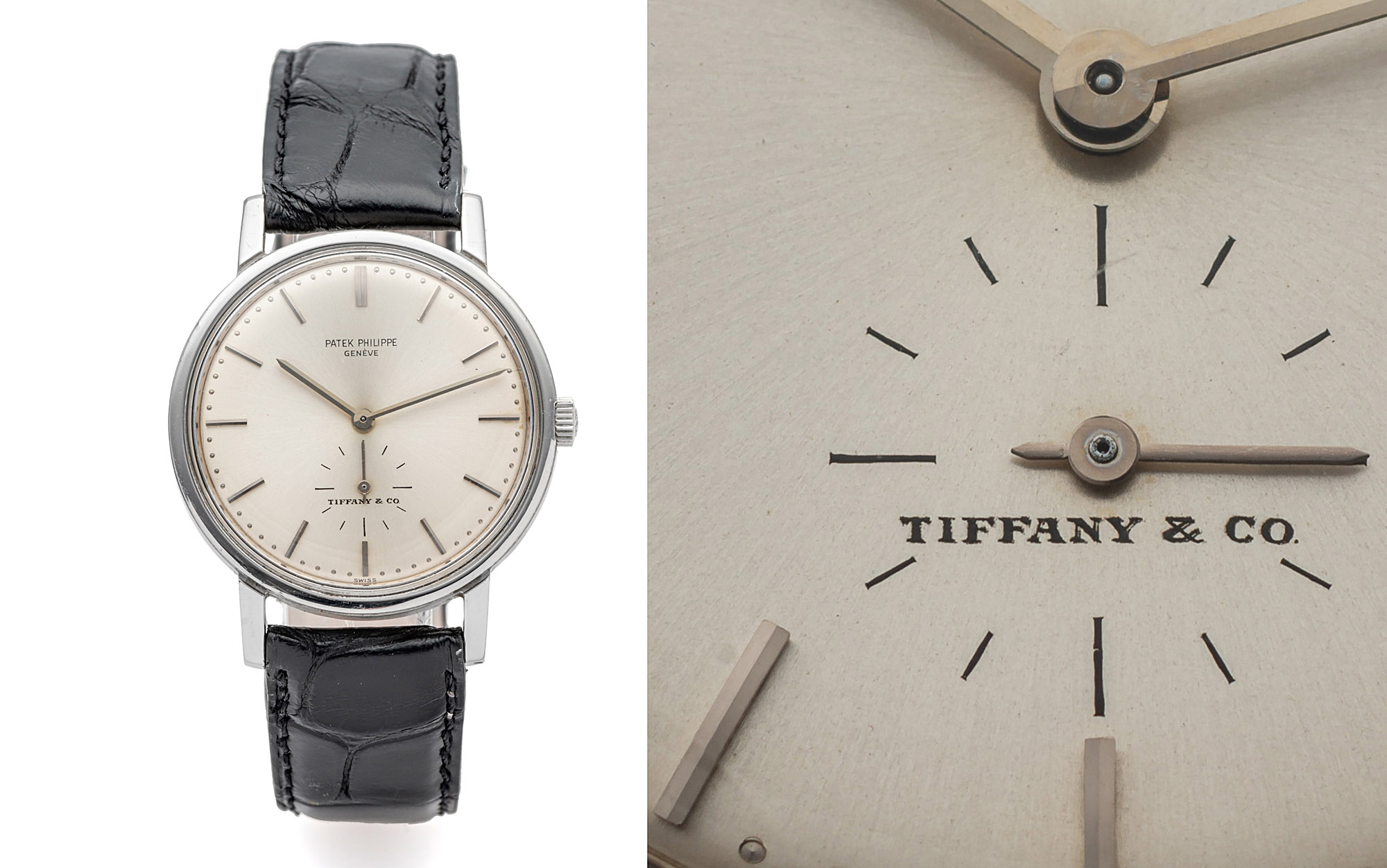 The Genevan firm’s re-entry into rattrapante chronographs with this absolutely adorable all-new, in-house ultra-thin movement, the calibre CHR 27-525 PS, which looks classical down to the tiniest lever, but actually abounds with small innovations, housed in an unassuming but in the detail fantastically made case and dial! 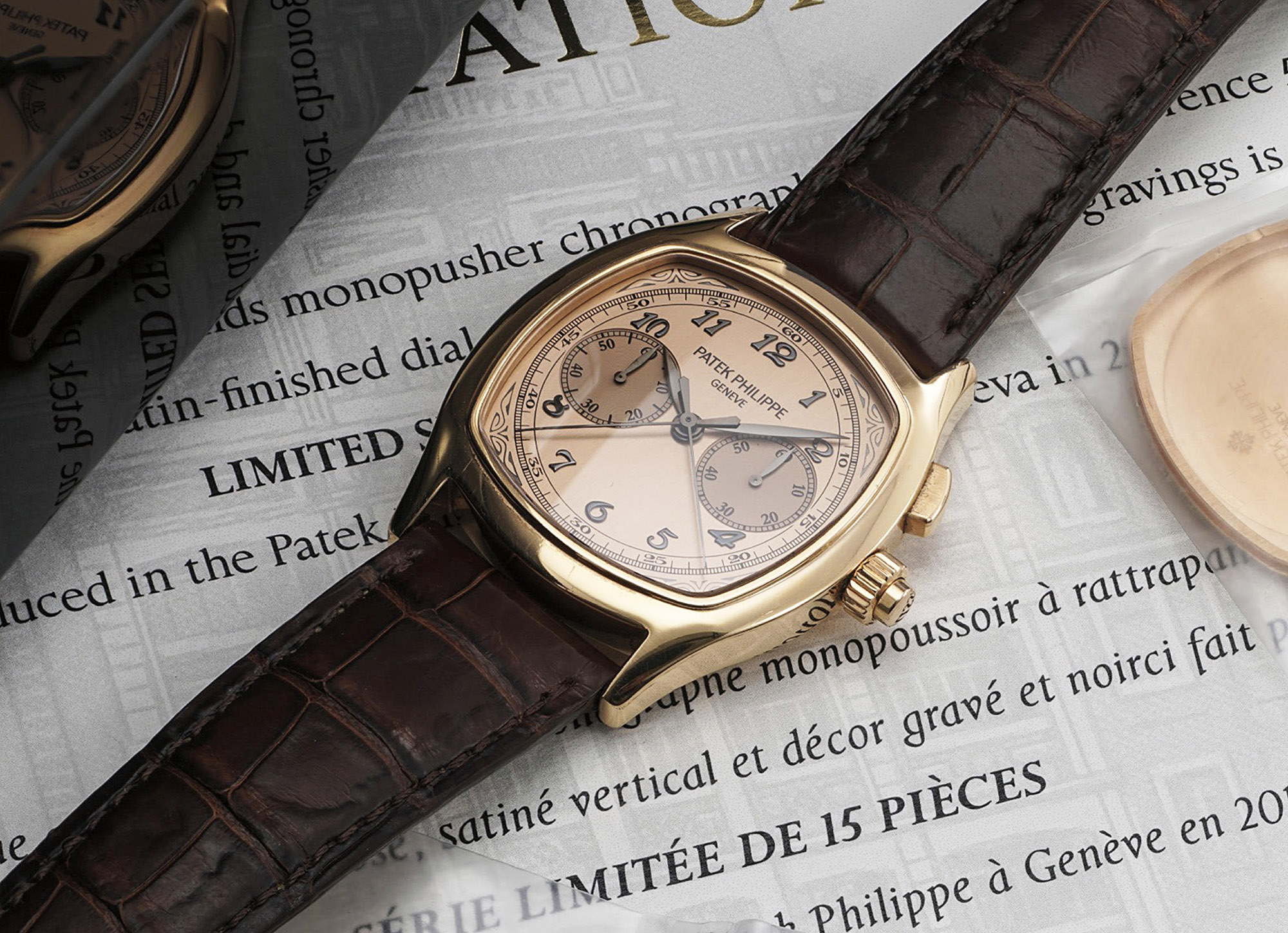 Those were the days – considered exuberance, Genevan style! Two such watches are on offer, a Monopusher (with lacquered dial) at Phillips and a Two-pusher (with guilloché dial) at Ineichen: 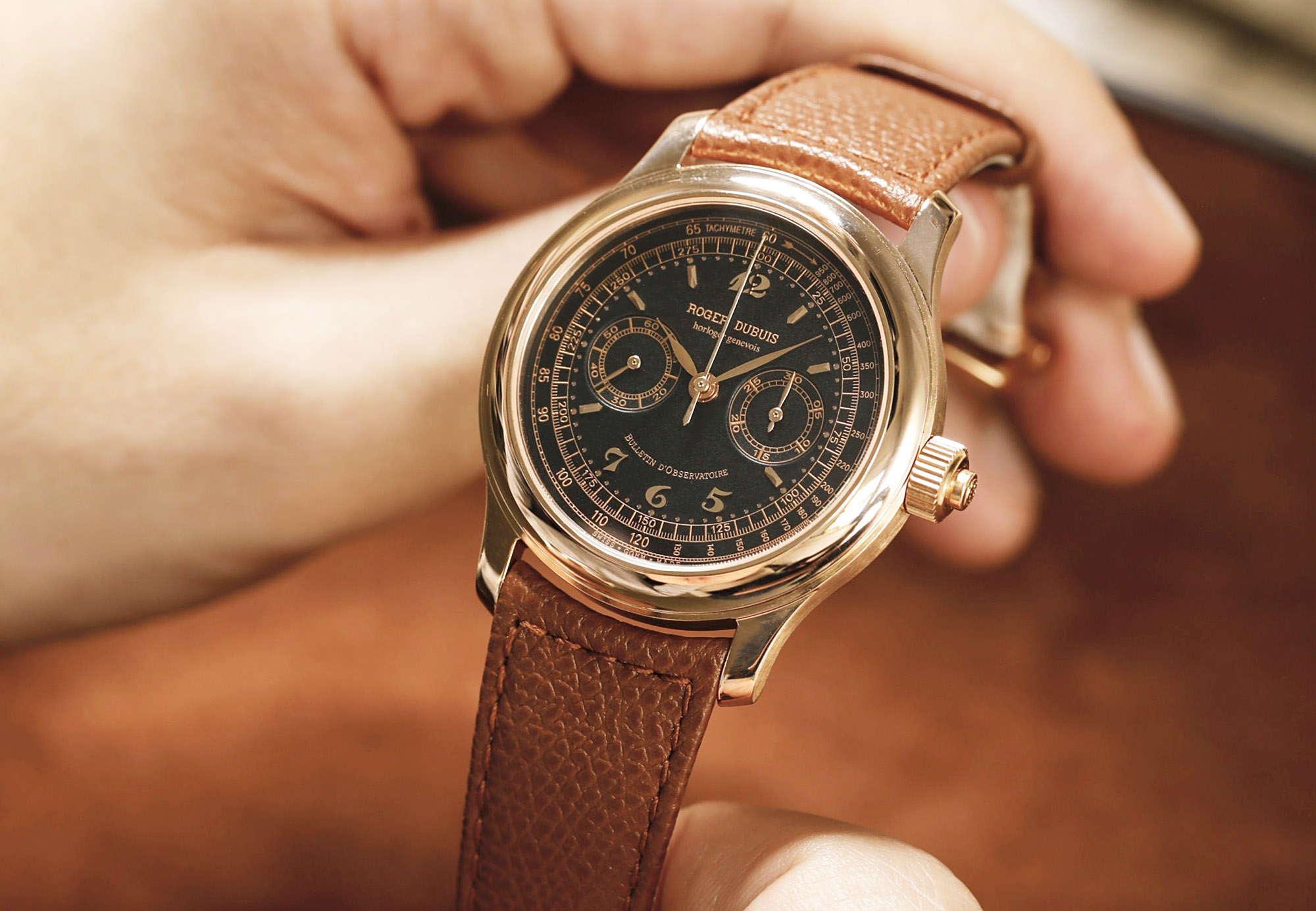 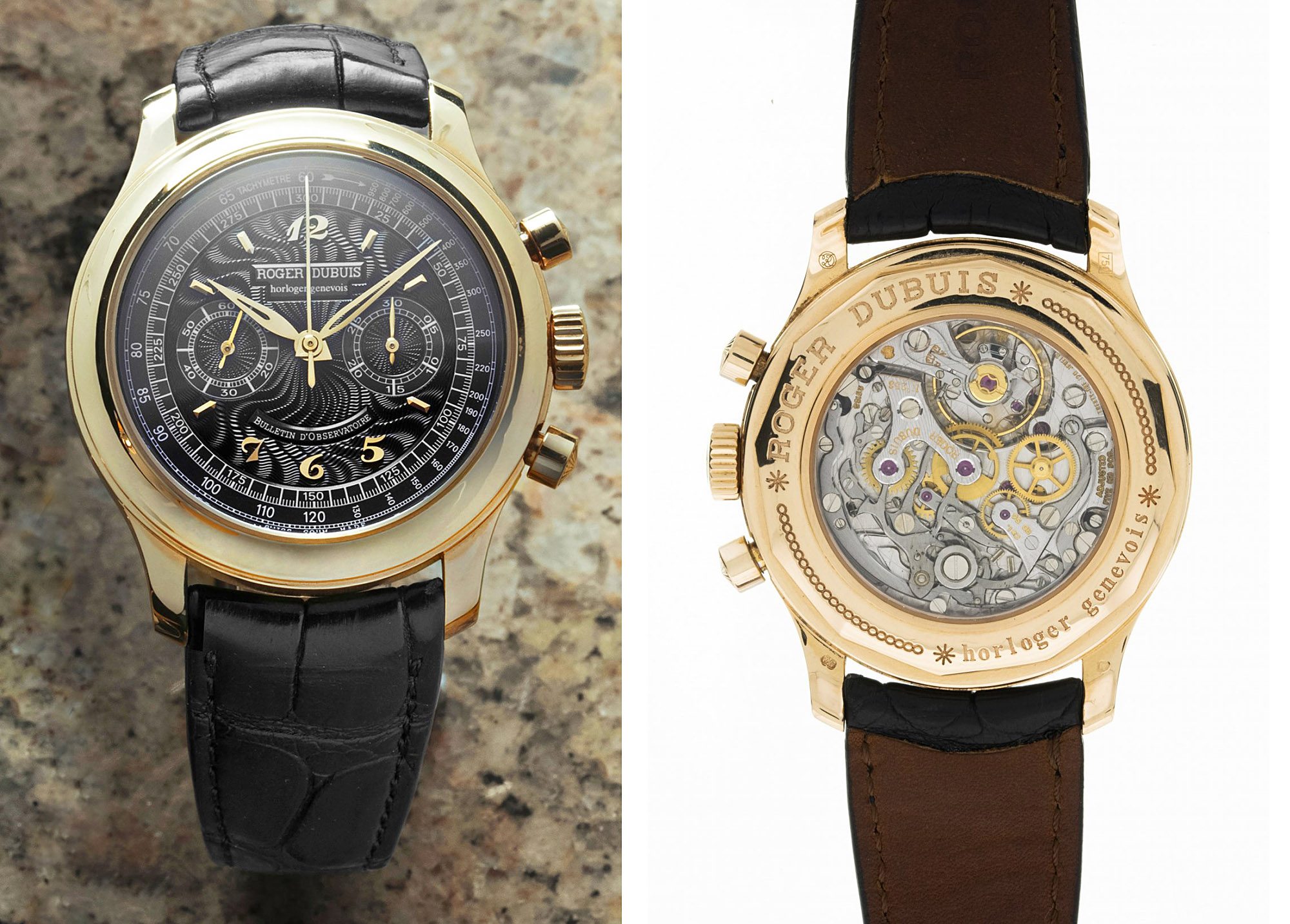 A collector’s coveted item from a few years back, this is eclectic design at a high level: a 14k white and pink gold wristwatch with two-tone silver and gold dial. 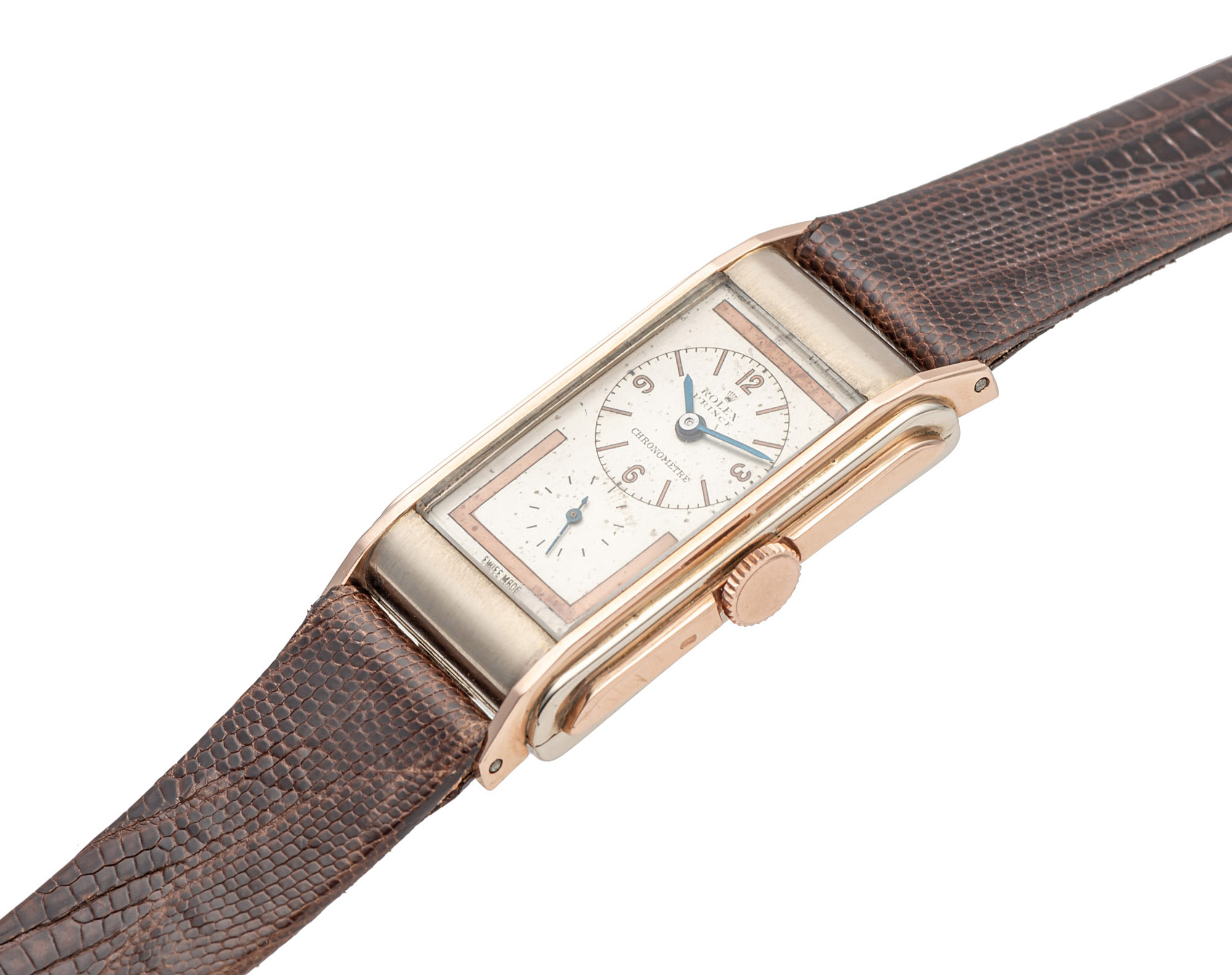 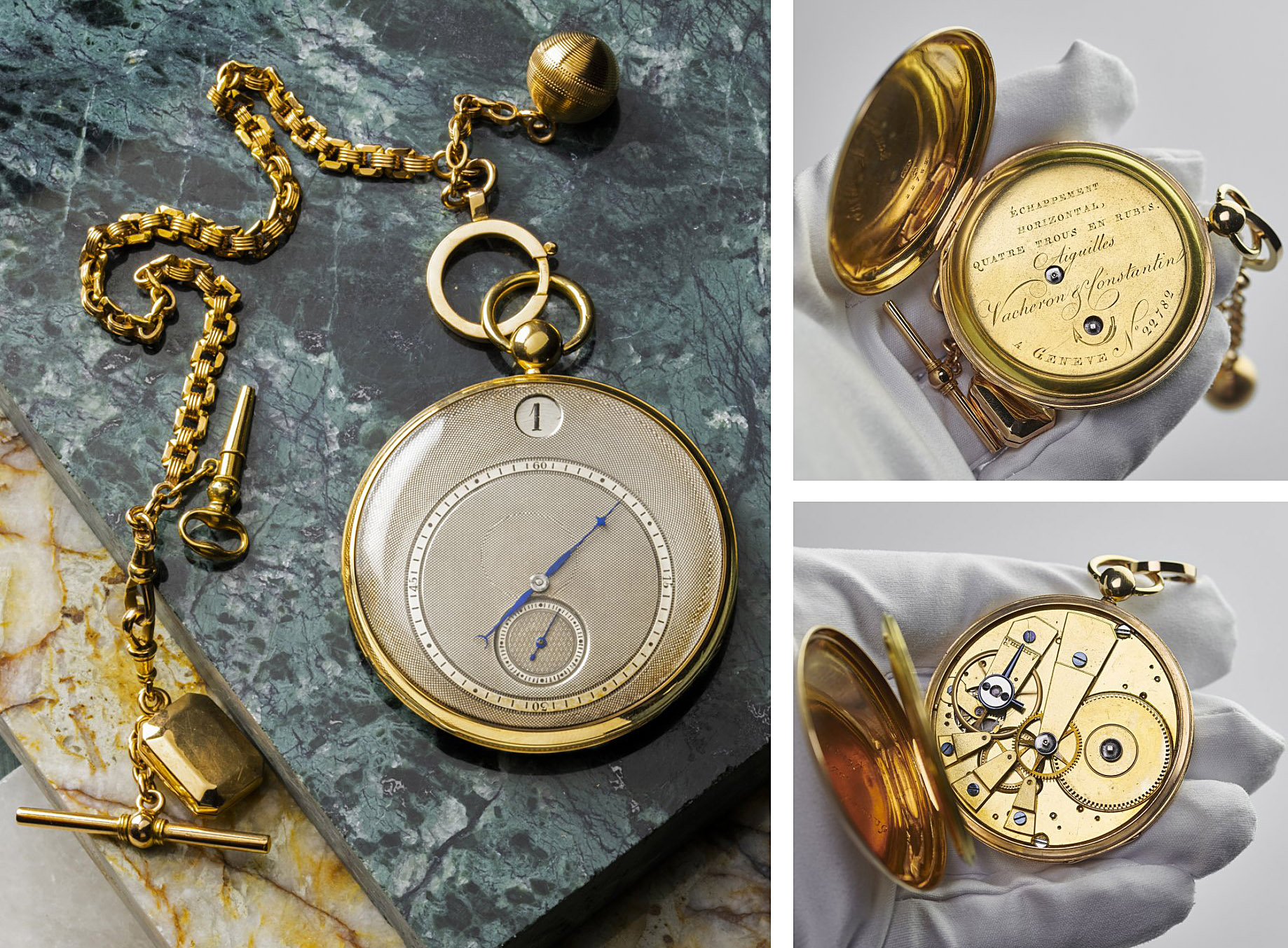 So, we did not promise to much, we hope…